Vaporstat at the End of the Main?

Harry_6 Member Posts: 111
January 2018 in Strictly Steam
Gentlemen (as I assume most of you are):

Here's my issue. I recently had installed a new boiler on a Dunham vapor system, and it all works fine, but the 0-16 oz. Vaporstat, which is mounted right on the boiler in the usual way, is causing it to short-cycle shortly after startup. I know it's the Vaporstat, which is currently set at 10 oz., because I can hear the switch clicking. It is my belief that the pressure at the boiler is building so fast that it switches off, even though the rest of the system is not yet up to pressure. I opened the vents at the end of the two return mains to see if I could reduce back-pressure, but no luck. And when I say opened, I mean opened the pipe where the old Dunham separator/vents would have been (two supply mains with crossover traps to two return mains, with a vent at the end of each), so I have two open 1/2" pipes at the end of each return main. For the crossover traps I used B&J 122a, since they have a decent capacity. My only thought now is to put the Vaporstat near the end of one of the mains, perhaps wired in series with a standard Pressuretrol set at 2# on the boiler (just to keep the less sophisticated future service tech happy). Has anyone had any experience with this sort of issue, or controlling the pressure from the mains? 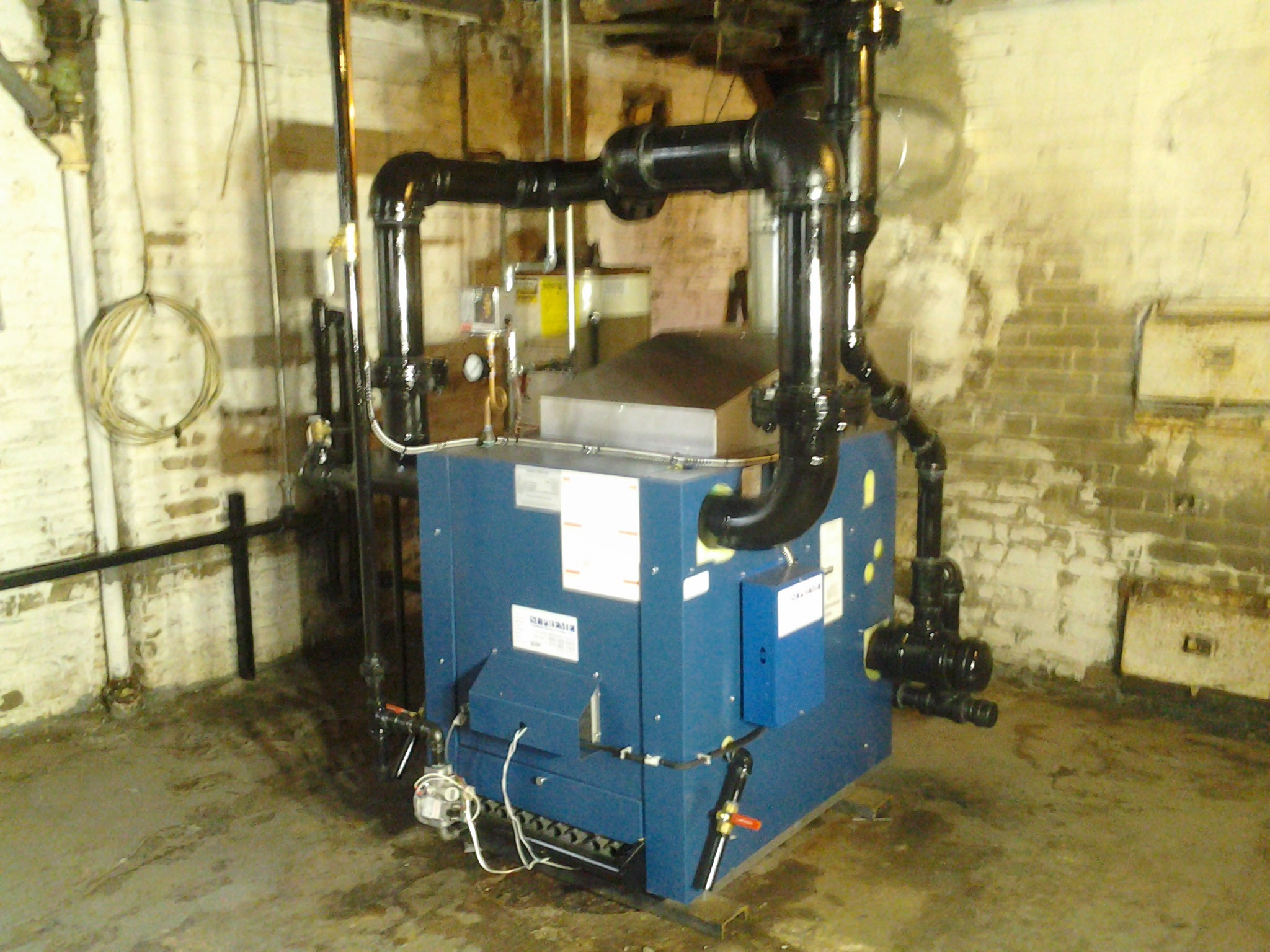 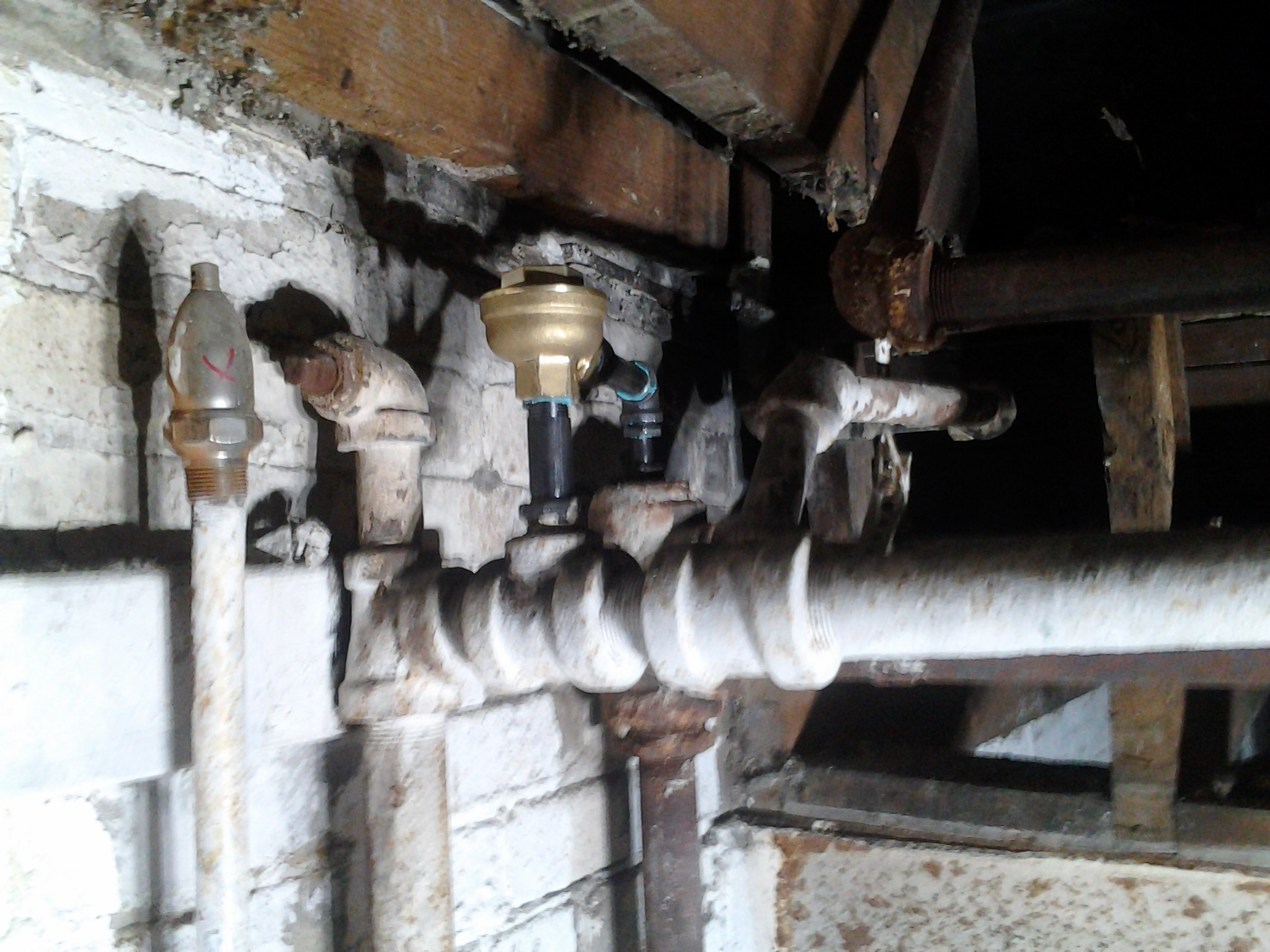 My apologies for the fuzzy boiler photo, but you can see the Vaporstat is mounted on the pigtail directly atop the boiler section. The second photo just shows a crossover trap. The old torpedo vent visible was removed, and both its location and the plugged fitting (the pipes are connected, below the picture) are open currently, so air can vent freely from the system. Good traps, so no steam from these return vents. Open pipe, indeed. Your thoughts? -HS