kseering Member Posts: 4
September 2017 in Gas Heating
This is a Weil-McLain GV90+ Series 2 Water Boiler. It was installed about 4 years Ago in a basement room. Vented outside.
There is also a 20 year old gas forced air furnace in the room that is no longer used. That is also vented outside.
There is a small freezer in the room with other stored household items. NO CHLORINE products are in our possesion. Nothing in the room has any rust, in fact the old unused furnace has no rust.

I posted back in August. It took me a while to get all of the pictures and information. But this is really happening to us. Winter is coming again.

We started having problems with the boiler leaking after about 2 or 3 years. The service tech thought it was a loose connection. as it got worse he called a service rep. The Rep came over and they discovered that it was rusted out. Picture attached. The distributor is blaming inside air quality and / or outside air quality. We live in a small unincorporated rural community with no industry. We've been here 25 years. The distributor replaced the boiler. The new boiler was installed in November of 2016.

In April 2017 we noticed a small leak again. We found a hole in a part on the outside of the furnace that was leaking. Picture attached. Our Service tech said the same thing was happening.

Does anyone have any idea on what is happening ?

We have well water that the installer put something in at install. 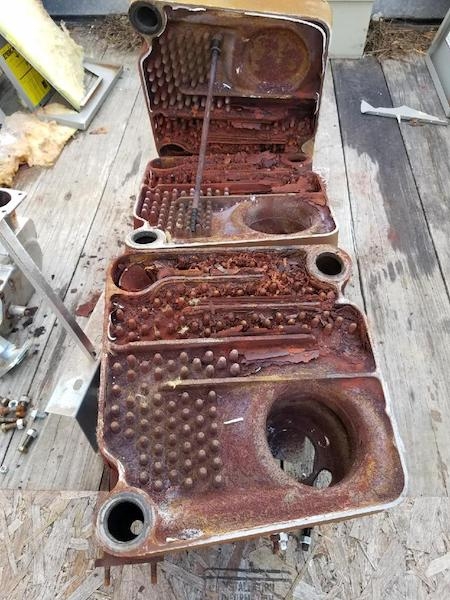 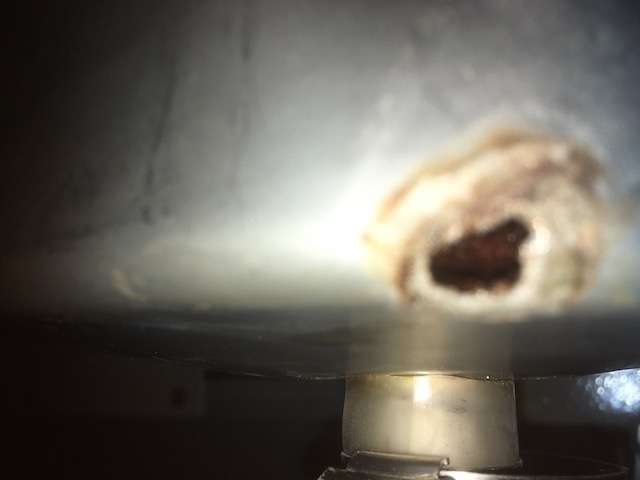 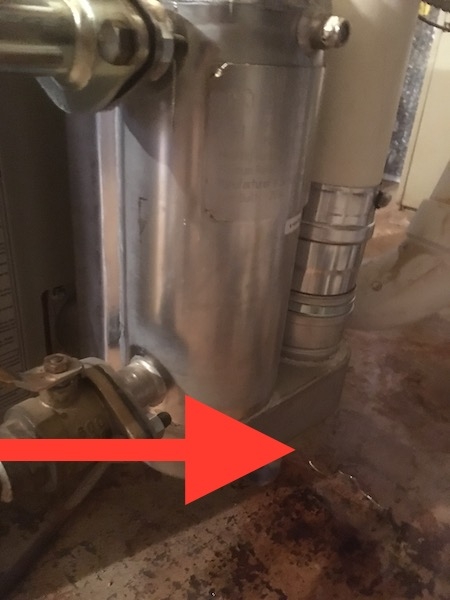