What's wrong with these radiators?

a2shutt Member Posts: 97
February 2015 in Strictly Steam
I've posted before about my steam system losing water and not being able to find it. My initial thread was here: http://forum.heatinghelp.com/discussion/153011/boiler-still-losing-lots-of-water-not-sure-what-to-do-next#latest

Anyway, since then I think I've found the issue. A tenant just moved out, and when I walked into his apartment it was literally like a sauna in there. All the windows were steamed up and it felt like 100 degrees. When I mentioned it, the tenant just stared at me blankly. In any case, I'm not sure how I missed it before, but it seems obvious that there is some major leakage in this unit.

As I mentioned previously, I bought a Seek Thermal camera for my iPhone and took some pictures of the four radiators. These were all taken to show only temperatures above 95 degrees. 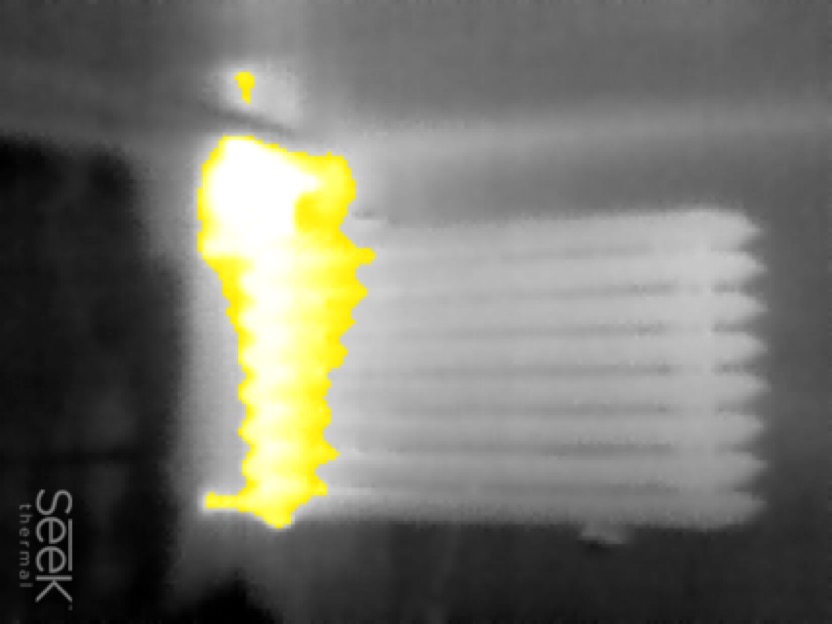 This one appeared to not be heating well, but then I realized that the gate valve was shut off. So this is the radiator with the valve off. 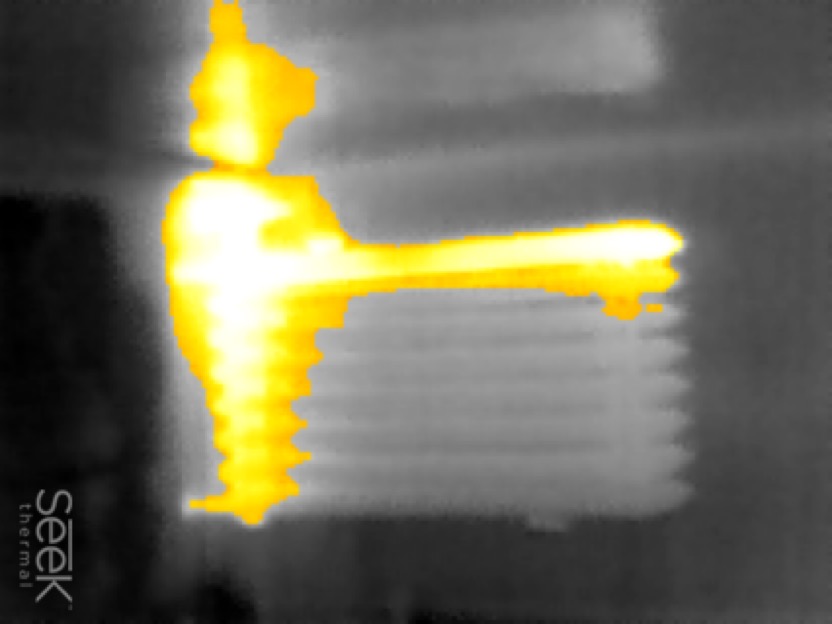 This is the same radiator as it started to heat. Does that look like steam loss to the left of the valve? 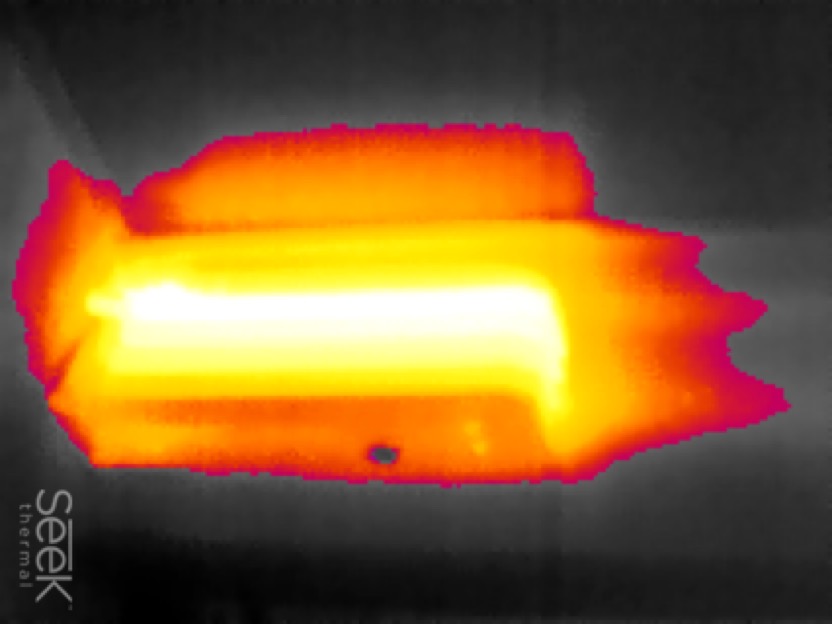 This radiator is in the bedroom-it seemed to be operating normally. 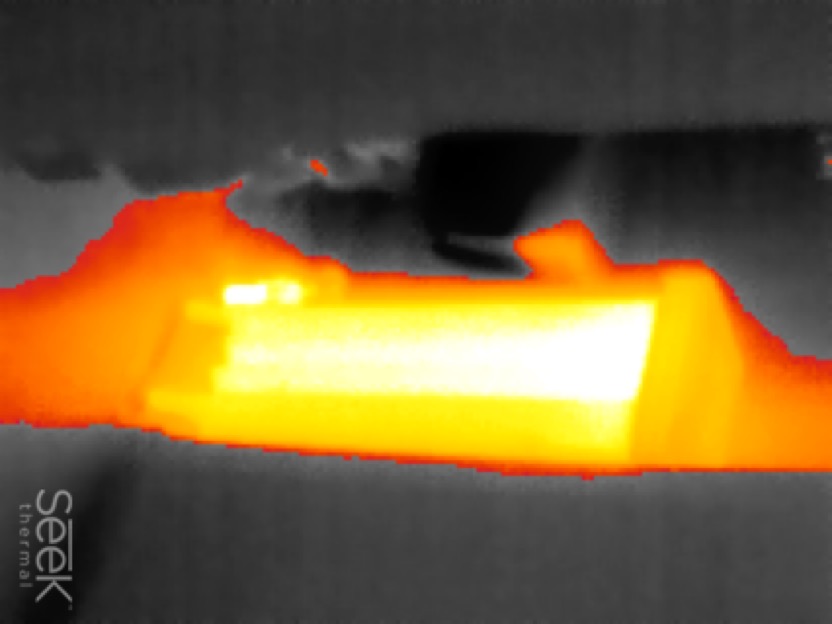 This is in the bathroom (see the toilet to the left). Extremely hot and humid in here. 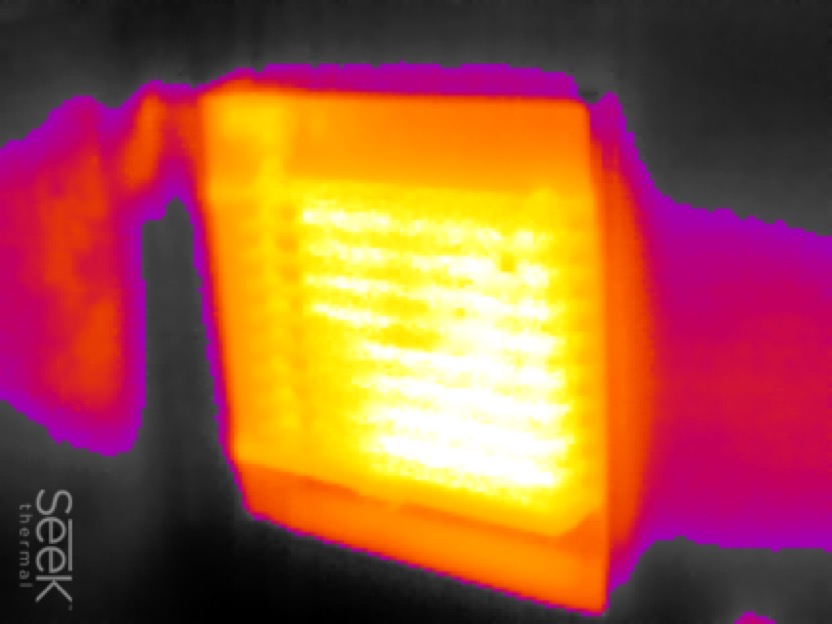 Last one. This is in the kitchen, kind of in a shallow alcove in the wall. Seems to be leaking...

Thoughts? Also wondering if there is any better way to find the leak(s) itself. What if I set the temp limit to only show temperatures above 200 degrees, for example. Would that show the steam more accurately?

Also, any way to rotate these images?