JimmyNJ Member Posts: 107
April 28 edited April 28 in Thermostats and Controls
Hoping someone can help me solve for powering a 24v Common wire to what will be my new smart thermostat. Currently my downstairs thermostat controls a boiler as well as the central air unit for downstairs. The thermostat wire does have an unused blue "C" wire but when I checked in the attic where the thermostat wire gets pigtailed into the wires coming out of the AC handler I can see that the blue wire is NOT actually connected to anything up there so I know it won't power anything. The wire from the outside AC condensing unit has 2 wires (one red and one white) that I believe always carry 24v (but maybe I'm wrong?) and the red is pigtailed into a brown wire that seems to be going into the control board of the AC handler and the white wire is pigtailed into a blue wire that is coming out of a light brown shielding that also has a green wire that is pigtailed into a gray wire coming out of the AC handler and a red wire that is pigtailed into a red wire coming out of the AC handler. The wires are then connected to the wires coming from my indoor thermostat using pigtails. Green is connected to green, red to red, and blue is connected to yellow (the yellow going to the thermostat). The thermostat wire does have two unused wires that are wrapped around the shielding of it, one white and one blue. My questions is, can I connect the blue wire that is currently unused, to the same pigtail that currently has the white wire from the outside AC compressor connected to the blue wire (which later is pigtailed into the yellow wire going to the thermostat)? Alternatively, is buying a 24v transformer adapter to power the thermostat with my current setup of needing the thermostat to manage a separate heating system (boiler) and central air unit? I have included the pictures of my current thermostat and wires as well as the back of the new one. The connections seems pretty straightforward but I believe for the adapter, they want you to connect one of the wires to the "C" and the other to the "RC"...but I need that connection for the AC unit.....is it possible to connect the wire that they want you to connect to the "RC" terminal to the "O/B" terminal instead to complete the circuit? I circled the terminals my current wires would go into. 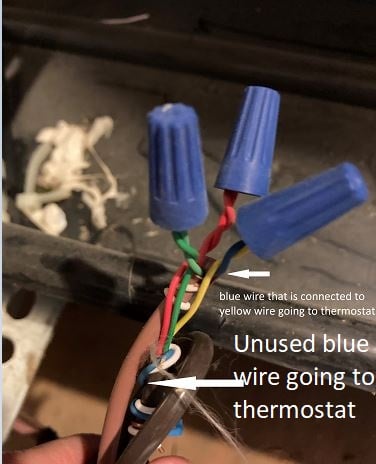 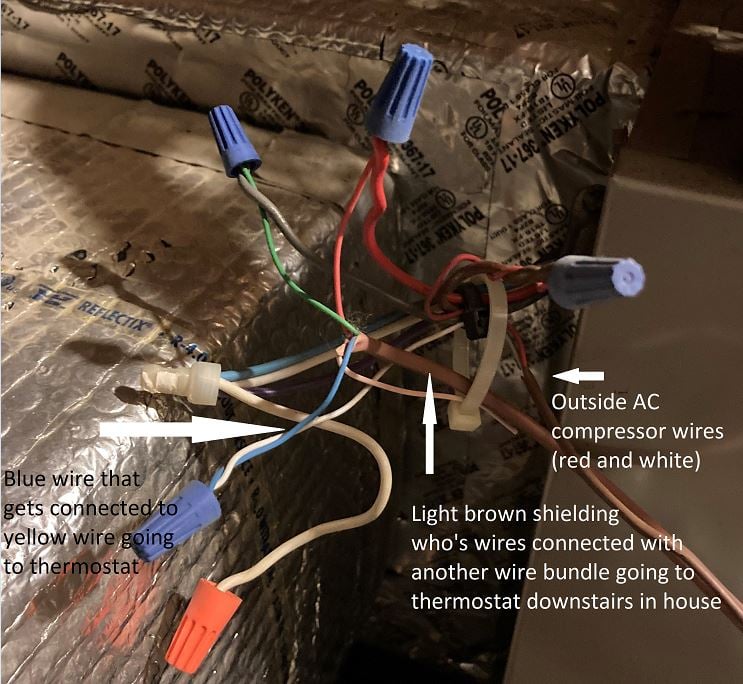 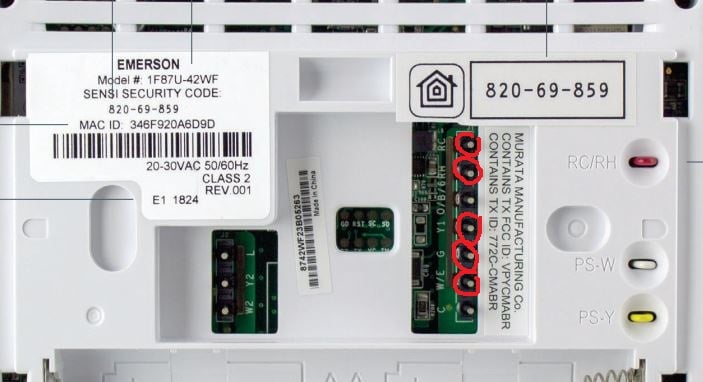 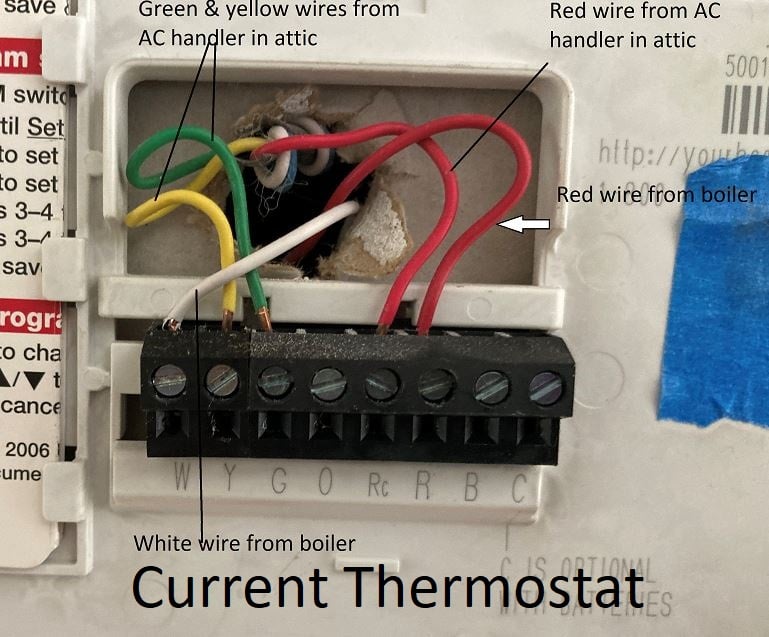