cubicacres Member Posts: 357
October 2021 in Strictly Steam
We just had a boiler tune-up for our single-pipe steam system and the local contractor put both our gauges & our 2 city required 0-30psi pressuretrolls on the single brass pigtail we had since the 2nd pigtail was taken away with the new boiler install & we haven't added another one yet (they didn't have one in their truck).

We have the top pressuretroll set at cut-in 0.5psi with a 1.0 differential, and that's the top one in the 2 photos now. The 2nd one is still set at 2.0psi cut-in & 1.5 differential as a a safety, we think. The pigtail was very clogged after 5 years of operation, so we're glad we we looked at it & removed the mud.

We're concerend that since they're both on the same pipe pathway now, will the higher 2.0 cut-in one become the operating controll now since it has a straight shot, or will the steam rise & still keep the operating one with 0.5 cut-in & 1.0 differential controlling the boiler? We'd prefer the lower operating pressure. The technician reccomended setting both at the same 2.0 cut-in & 1.5 differential since he didn't know which will get the steam first, so we're wondering about this. Any thoughts? 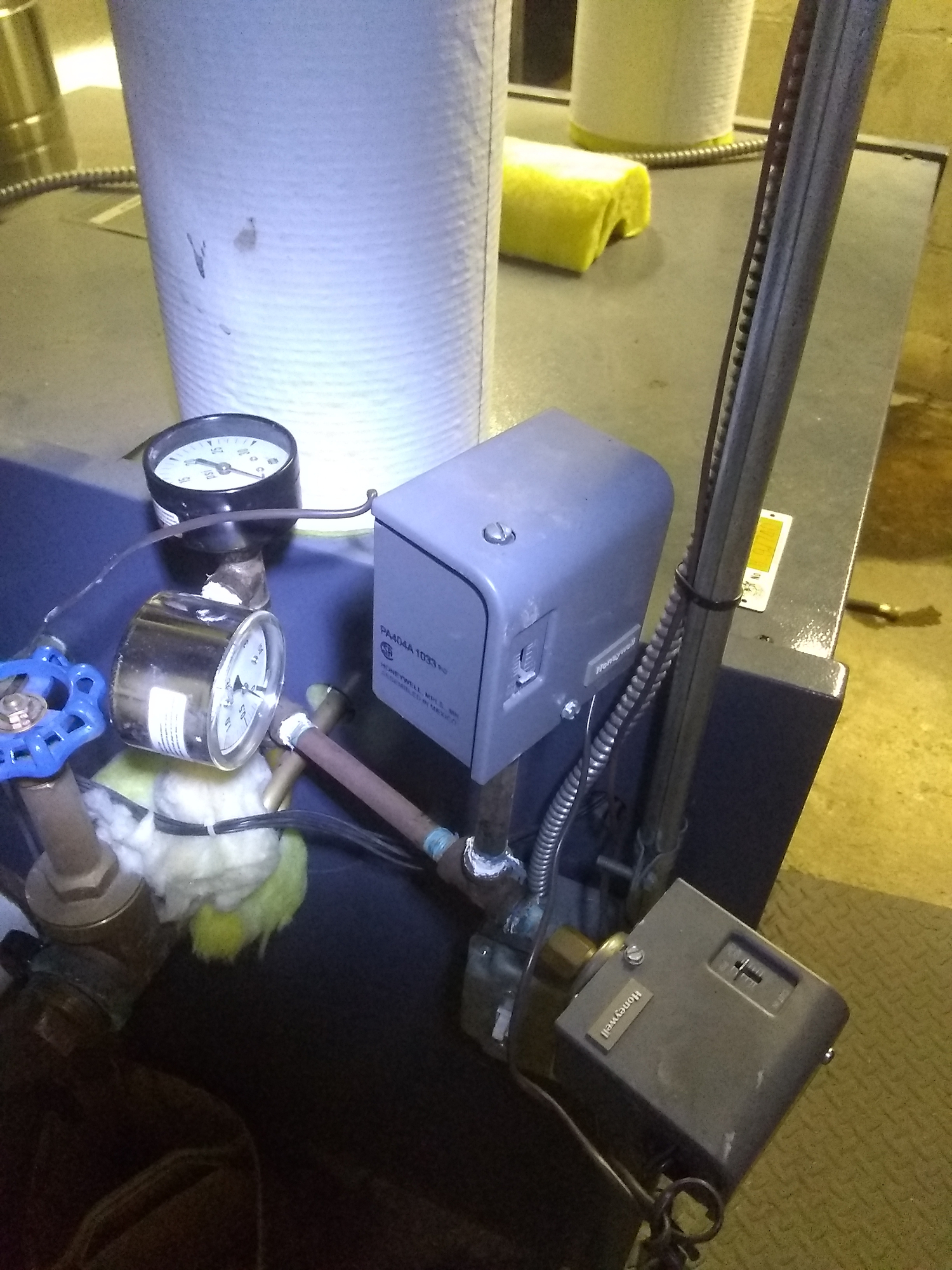 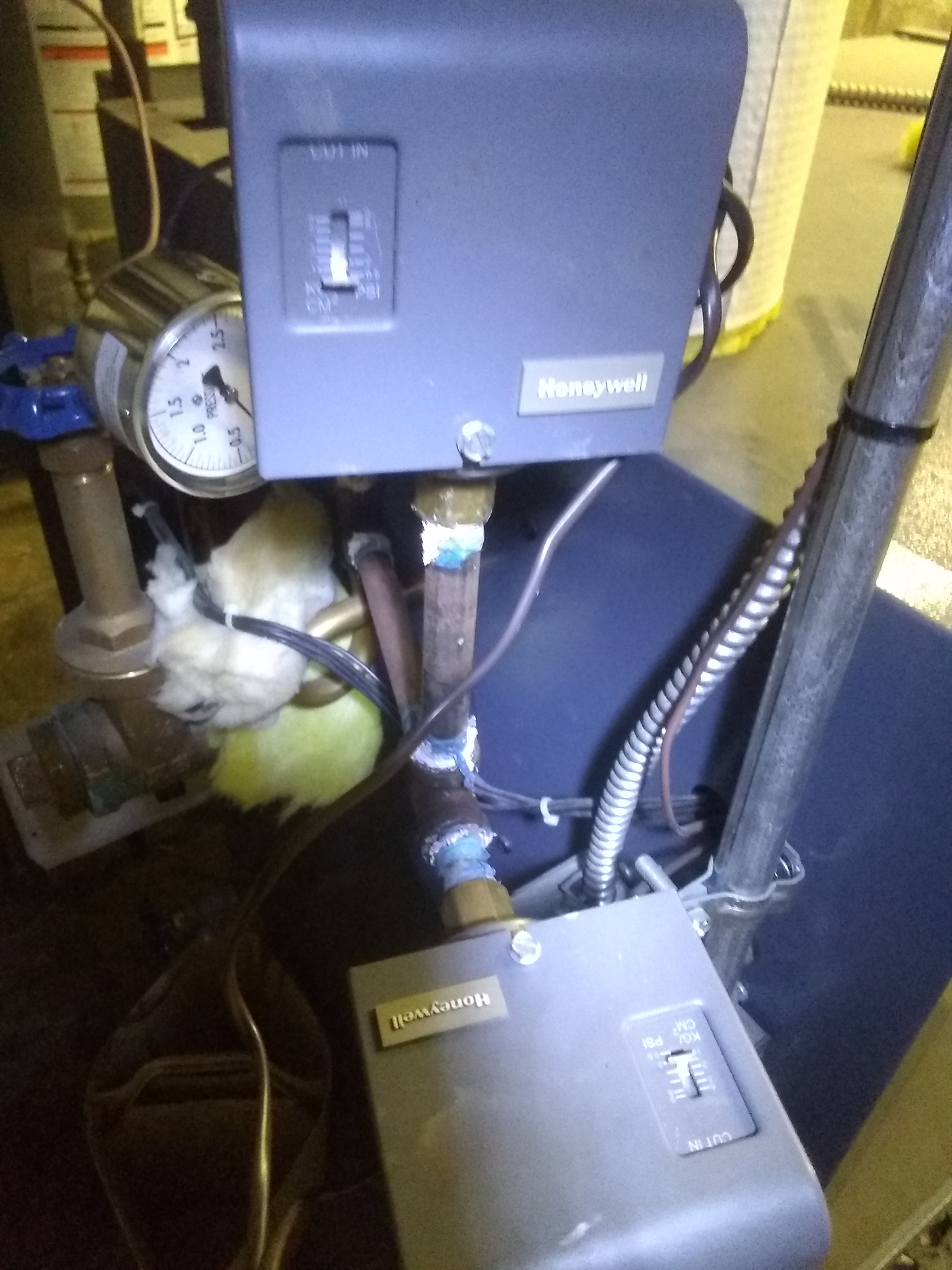