LGB-8 - converting condensate pump to feed pump, possible, worth it? 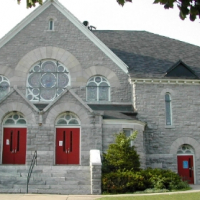 bkc Member Posts: 31
April 2021 edited April 2021 in Strictly Steam
Hi everyone. I am a trustee of a small church, tasked with 'maintaining the boiler'.

We have a 2-pipe system with a Weil-Mclain LGB-8 (22 HP) boiler that was installed in 2019, replacing an existing boiler that likely never had a periodic blow-down.

The boiler has an MD 150SHD LWCO that activates an automatic water feeder to fill through the boiler intake (lower part of the loop). It also has a secondary MD 2M cutoff.

The condensate pump dumps when it wants into the boiler.

Based on date codes, I think the condensate pump motor was made in 2008, though the tank looks much older. The system must have been working ok with a condensate pump, but I don't know the type and size of the boiler that was previously installed. The LGB-8 recommends a feed pump configuration.

For the past 2 years a lot of make-up water has been going into the boiler as I've been slowly battling leaks, failed steam traps, broken 'remote' condensate pumps, etc.

In the past 3 months I found the pump on the boiler room condensate tank has been sucking air and randomly losing its prime. This ultimately results in a flooded boiler due to more make-up water. Fortunately our church has been closed, so I've been able to run the boiler only one or two days a week for the past 3 months.

About 2 weeks ago I got a seal kit for the pump. Unfortunately I was not able to remove the rotor, so I took it to a motor/pump repair business that has a pretty good reputation.

I heard from them on Friday that the pump is probably not salvageable. They also had trouble getting the rotor off (now its bent), they think the motor shaft is also bent too (hmm ?).

Ultimately the biggest issue is that the pump housing is cracked. We can rebuild from lots of little parts or replace the entire pump. I expect to get an estimate back from them tomorrow for either of these options.

Another crazy idea.. can we convert our existing condensate tank into a feed pump configuration by reversing the 9037HG2 pressure switch to 'activate low' (for make-up water), re-wiring and re-plumbing?

The current condensate tank doesn't have a site glass, which seems like it would be handy to have to tune the switch settings.

I'm also concerned about those 2 radiators that wet return into the tank. After converting to a feed tank I expect the average water level to be higher than in the condensate tank configuration. I don't have elevation figures off-hand but it's possible the steam trap outputs could be 12 inches or more below the 'new' top water level in the tank.

I am interested in opinions I can take back to the other trustees.

We do not have a lot of money to spend, we'll likely do the work ourselves since we have some volunteers that have experience and tools to do piping and electrical work.

1. Replace the pump as-is or switch to feed pump configuration?

2. If moving to feed pump, retrofit our existing tank or replace?

For example this 'new' 4100 series appears to have the same tank we currently have, except for the site glass 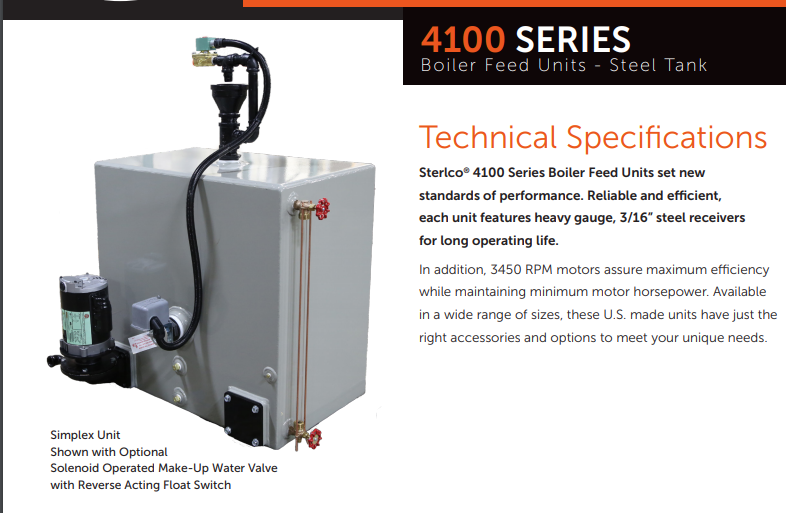 Here's our current configuration (and leaks) 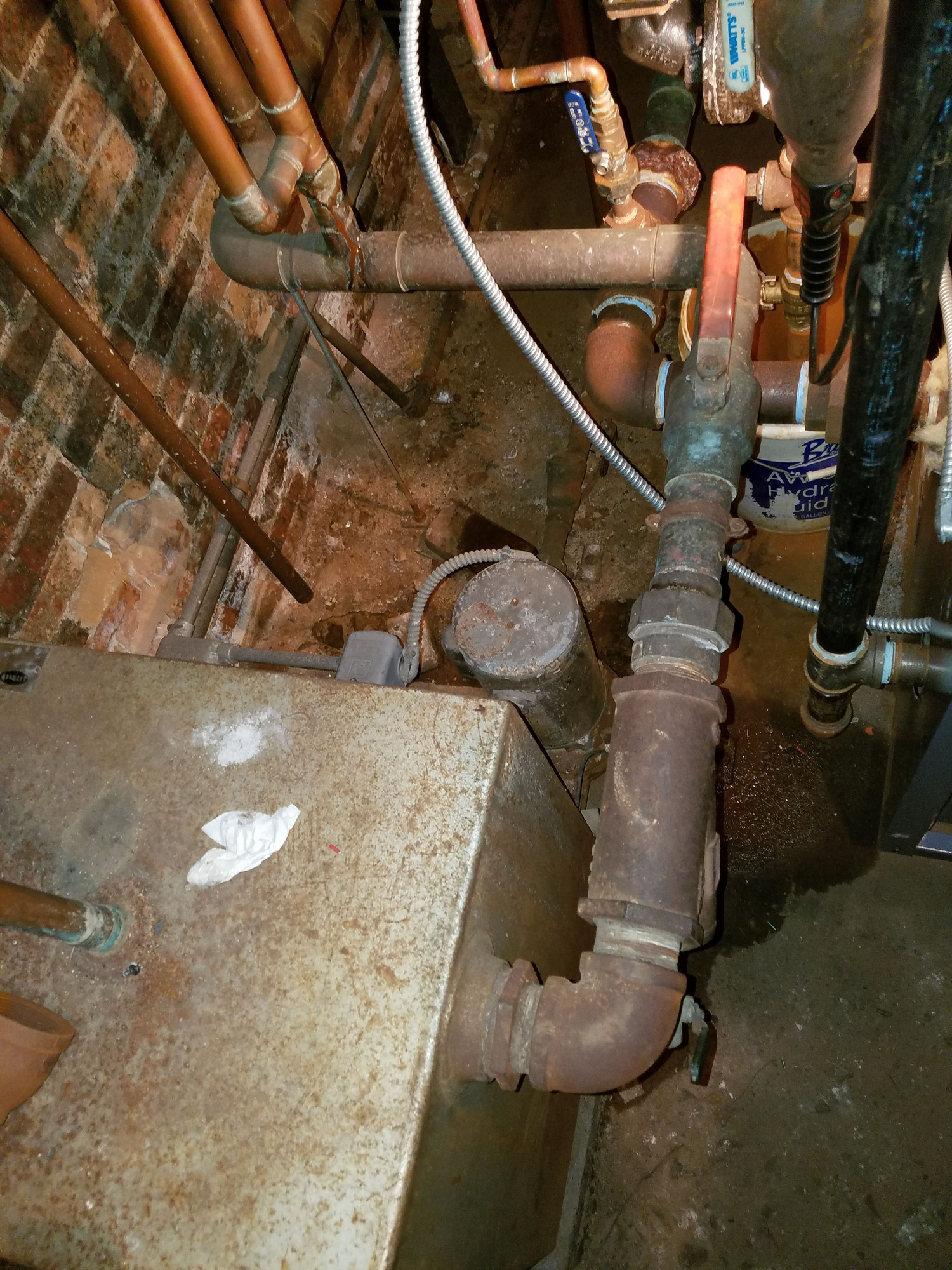 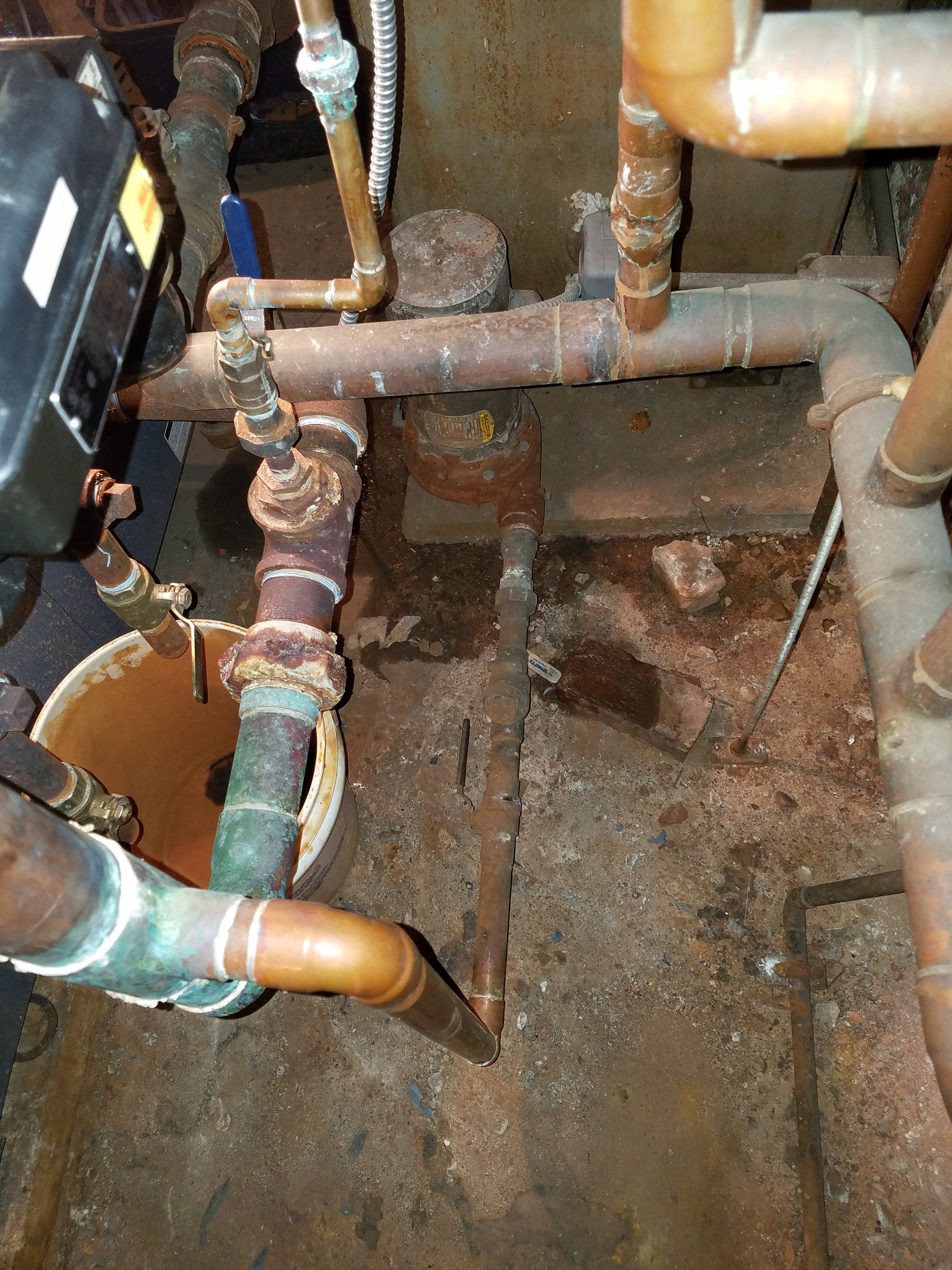 I see WM shows plumbing into the loop (which is what we have now), rather than to the boiier return per Dan's suggestion. Should that be changed? 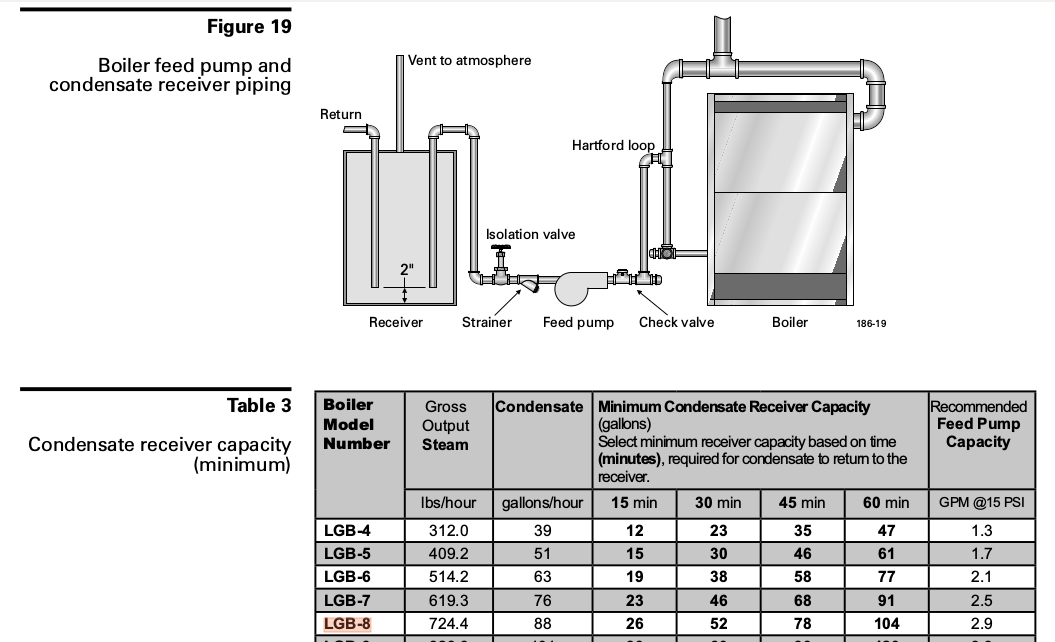