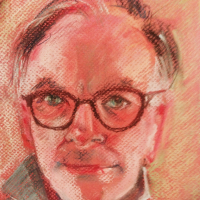 phliphh Member Posts: 12
January 2021 in Strictly Steam
Hi,
My home was built in 1931 and used Overbrook, PA central steam until the steam plant closed in 1971. A gas boiler was installed. The original two-pipe system has eight Modine in-wall radiant/convection combination units (see photo), ten finned-only radiators plus three standard cast iron radiators. The only visible traps are on the finned-only radiators. There are new air vents on every radiator.
Several of the Modine and the finned radiators emit air then some steam through the air vents when the heat goes on, usually accompanied by water hammering. All the radiators do produce heat.
I replaced the vent on one Modine combination with a plug. The result was that the hammering stopped but the radiator did not warm up. When I put the vent back on, there was hammering and heat.
Since I cannot see a trap on the Modine return pipe either above or below the floor, my guess is that there may be a built-in trap or a trap in the elbow connecting the radiator return to the return pipe (doesn't look like it though) --or there may be no traps on these units.
This summer I can replace all the traps but don't know what to do about the Modine combination radiators and whether I should remove the air vents.
This is the Modine unit that apparently has no trap. 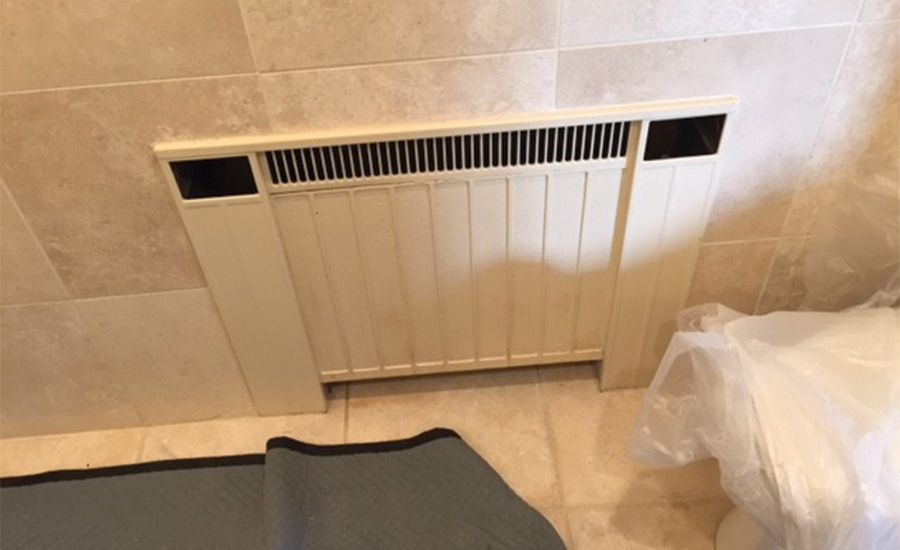