Evaluating the size of my current boiler 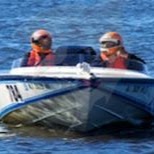 Lakefront Member Posts: 11
March 2020 edited March 2020 in Gas Heating
My house is about 10 years old, and right now it has an oil fired boiler (WM Ultra Oil UO-3) that feeds both a radiant slab on the first floor and hot water baseboards on two other floors. The radiant is fed by a Honeywell mixing control with outdoor reset. Everything else is at 180 degrees. The system performs very well. Recently, we've had natural gas run to our house so it's now time to plan the upgrade. My question is, what’s the best way to evaluate the size of my current boiler to find out if the new boiler should be the same size. I'd like to move to a mod/con. The house has 4 zones plus DHW tank. Zones are 31k btu, 13k btu, 29k btu, and 12k btu according to the calc that was done prior to building.

A few contractors have looked at it, and they’ve simply recommended that I go with something a little bigger than what I have (‘just to be safe’). My trouble with that is that I have a HVAC-calc workup from when the house was built and it came up with 84,000 BTU heat lose at 0 degrees (our low temp), and my current boiler is 107 BTU. They’re recommending 120-155 depending on the guy. Seems excessive but I don’t want to get the sizing wrong. So is there a way to evaluate how well my current boiler is doing with my heating load? I'd like to understand if it's correct or if I should be looking to stay around 100 or even lower.
0