Shalom Member Posts: 165
December 2019 edited December 2019 in Strictly Steam
Long long saga of my boiler, going back 3 years. You can probably see some of it in my post history. I got one of the Wall guys local to me to come and give me an estimate, back in 2017, now I gotta see if I can get the money together to get it replaced.

In the meantime I got a jar of some kind of leak-stop from the local plumbing supply to see if I can eke out a couple more months from it. (I gather these work about as well as the ones they sell for car head gaskets, but it was less than $20 so I figured worth a shot, right?) It said to fill to above the crack with water, heat almost to boiling, then pour the stuff in through the top opening for the safety valve, close it up and steam it up to 2PSI. Well that's fine and good if there's just a crack, but it came gushing out like a hose.

So I finally did what I shoulda done three years ago, I took apart the casing and pulled off the smoke box, and looked down inside... 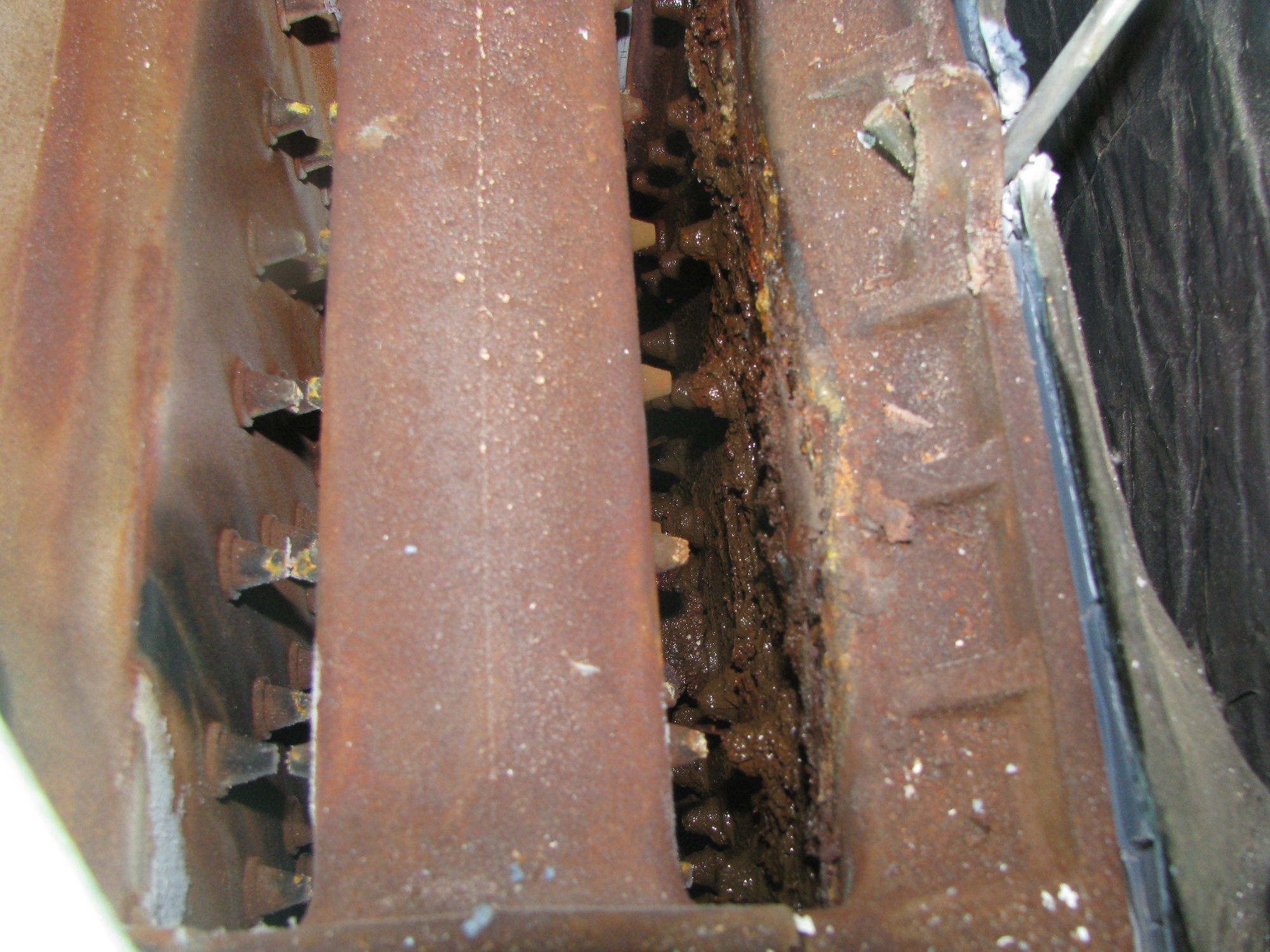 this is what I saw.

How does a 12 year old boiler get that cruddy? (9-year-old really, it's been leaking for 3 years now)

So what I'm gonna try to do, I'll scrape off as much of that scale as I can, let it dry, see where the actual hole(s) is/are. and see if I can JB weld them. (The other side section has a big pile of scale between it and the next section the size and shape of a large mouse, there's probably a hole under that as well.) Then I'm going to have to get the smoke box back on (how does that stay on? High temperature silicone, or what? I had to cut through a lot of rubbery stuff to shift it. I'm nervous about getting combustion products leaking out and not going up the chimney where they belong. Might let a pro come in and do that if I can get the thing to seal properly.)

This is all obviously a stop gap, I'm hoping to get the thing entirely replaced over the summer,

(I can get an entire block. all four sections assembled, for less than $1200, but I can't find anyone willing to install it,)

Meanwhile the other boiler for the first floor is 56 years old and has never leaked a drop.
0