Upstairs radiators not getting hot

jeepwm69 Member Posts: 18
January 2019 in THE MAIN WALL
My house was built by my grandparents right after WWII (started in 47, finished in 48). House had radiators that we are using for heat, and I can't get the upstairs radiators to get warm.

So let's start with what I know.

Single pipe system, which has one hot water pipe (copper) going throughout the house, with lines coming off of it going to and from radiators. I honestly expected to see separate lines but apparently this is common.

Downstairs radiators all get hot without issue. Boiler has about 20PSI.

Upstairs had water line in, valve is open. Two radiators are connected to each other, sitting side by side. Air has been bled out of them.

Expansion tank is metal and in the basement rafters above the boiler.

The two lines going to the upstair radiators are at the very end of the system, about 6-8 feet from the circulation pump. I suspect this might be part of the problem.

Radiators are ice cold. I went to the basement and felt the lines, and the inlet line is warm, other line is not.

The lines run through a closet on the ground floor. Both lines are cold in the closet.

Yesterday I went upstairs and started bleeding water. After I bled out a couple of gallons I checked the inlet on the first radiator and it was hot. I bled out more water and the top pipe running between the radiators was warm, but the pipe going between radiators at the bottom was still cold. This tells me the inlet is clear and will allow hot water in.

This leads me to believe one of the following might be the issue.

A) This circuit is at the end of the system so there's not enough pressure to force water through the circuit. I don't THINK this is the issue as the pump would be pulling water and is close to the pipes going to these radiators.

The upstairs bedroom has been uninhabited until recently when my teenaged daughter decided to move up there. According to my mom (who grew up in the house) the upstairs radiators never worked very well at all.

My grandfather paneled and finished the upstairs bedroom some time in the 50's, doing the work himself, so I'm wondering if the way he has the radiators hooked together might be creating the issue.

Anyone have any ideas? I'd like to get heat up there so my kid isn't running electric heaters that might be a fire hazard.

To explain pictures
First is inlet going into radiators
Second is how the two radiators are connected to one another (top to top, bottom to bottom). It's hard to see the top connection, but there is a pipe connecting the two rads at the top just like the one visible at the bottom.
Third shows the lines coming off the main line. Closest is return line, further away (wrapped in foam) is inlet line. Flow direction is towards camera
Fourth shows the pump, with line coming into top of the pump from where pic three was taken. About 4-5 feet of line between rad lines and the elbow doing down into the pump. 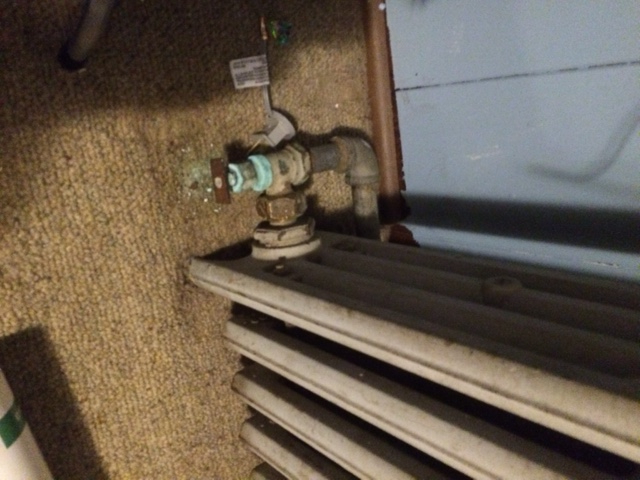 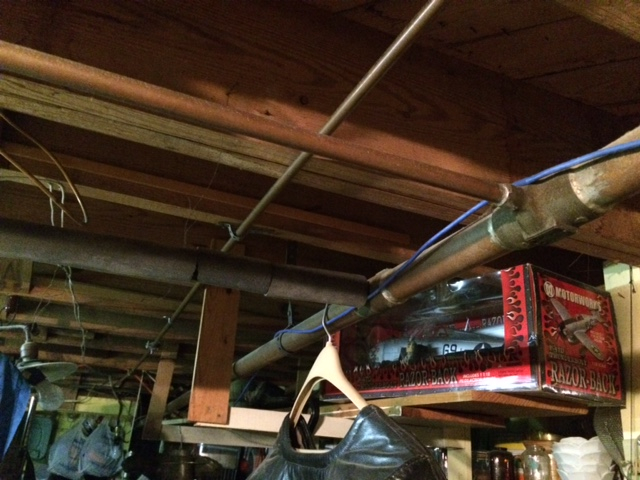 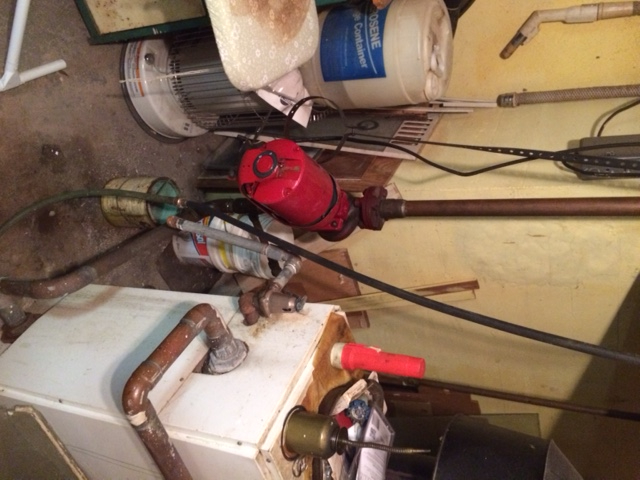