Steamhead Member Posts: 15,769
April 2017 edited April 2017 in THE MAIN WALL
We were called to look at a 1941-vintage hot-water system with recessed cast-iron convectors. The complaint was that two of the convector elements had cracked. Here's one of them- looked like a freeze-up but the customer swore it hadn't frozen: 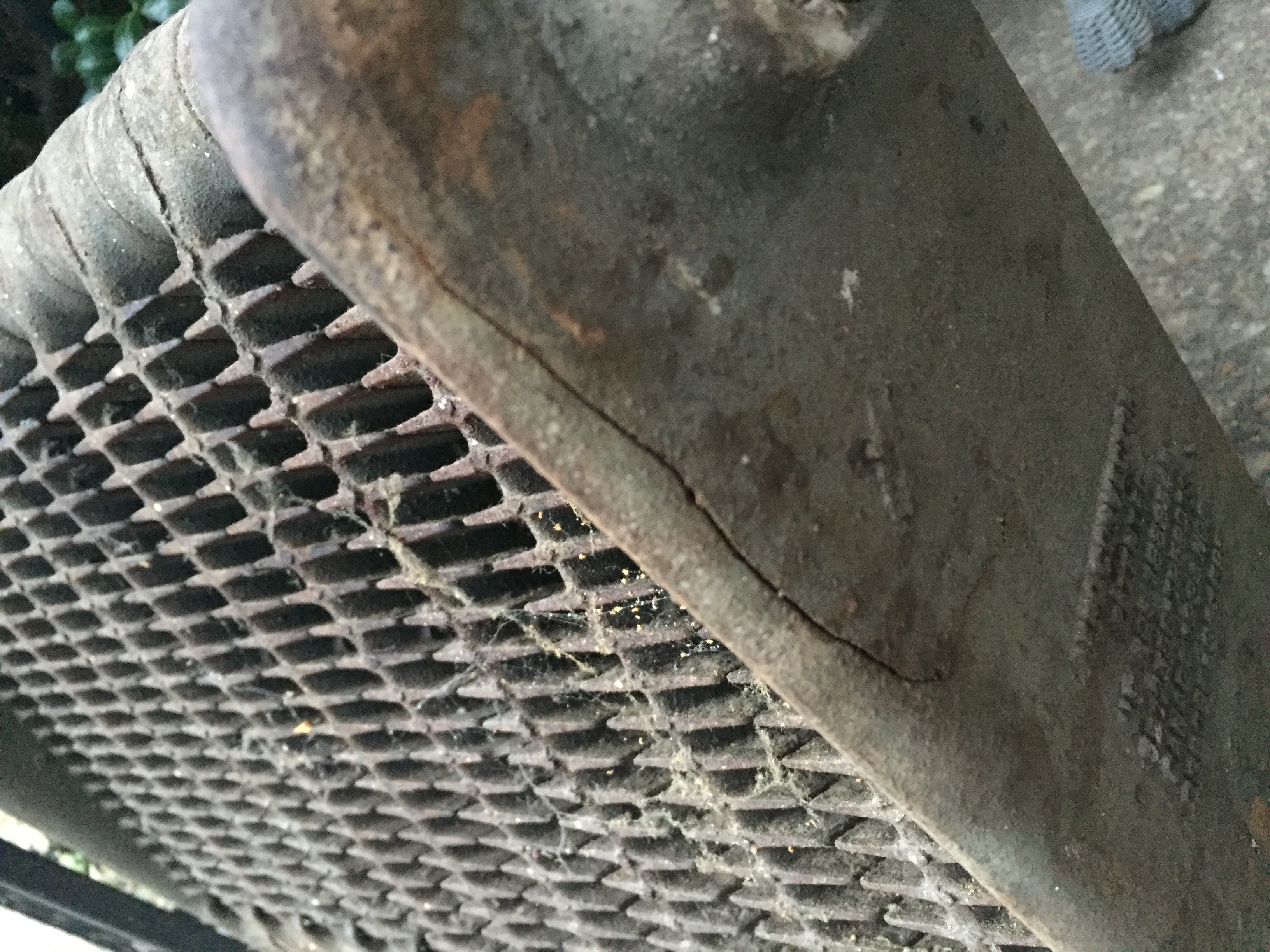 We went down to the boiler room. The boiler is a mid-1950s American-Standard gas-fired unit, still running on gravity. It had a plain steel expansion tank, but the ends were dished outward instead of inward as we usually see.

The customer said this happened a short time after the fill valve was replaced. I asked to see the new valve. He removed the hatch in the ceiling and here's what I saw: 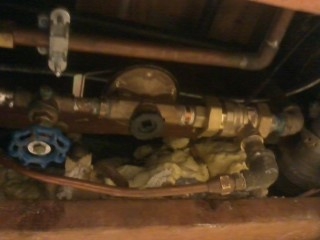 The "tech" who replaced the old dual control substituted a backflow preventer for the safety valve. There was no safety valve on the boiler itself- this setup was OK back then but doesn't meet Code now. I'll bet the expansion tank had lost its air cushion, and that's what caused the excessive pressure.

This system is in a rowhouse. Think what would have happened if it had exploded.

I know one of the owners of the company whose employee did this, and have a call in to him. I'll update this with more pics as we go.
All Steamed Up, Inc.
Towson, MD, USA
Steam, Vapor & Hot-Water Heating Specialists
Oil & Gas Burner Service
Consulting