Is this a good evaluation? 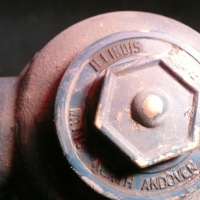 HoyteKing Member Posts: 85
March 2011 in Strictly Steam
Our building has been heating unevenly since the new boiler was installed 5 years ago. No one thought anything of it until this fall, when the top story became way too hot. The installer told our "boiler team" that we needed vari-vents. 13 were installed in 4 apartments. The problem has returned to typical uneven heat, with hissing radiators and an overheated 2nd floor with "window" venting.

A report was commissioned because I thought the way things were handled was wrong. The company that installed had no idea of what the underlying problem was.

The report is bellow. It caused a great deal of upset with the "boiler team" that has interfered with logical discussion. The original installers were called back to evaluate the report. They have hemmed and hawed, as I understand. I am personally fully satisfied with the reports competency. It was made by a person with 25 years of experience in steam heat in apartment buildings.

A third opinion is wanted if anything is to get done. What is your opinion of the report? My own comments are in <em>cursive</em>. I am working off of Dan Holohan's book <span style="text-decoration:underline;">The Lost Art of Steam Heating</span>.

As a result of this inspection the

following deficiencies, problems and items of concern are noted as follows;

manufacturers installation drawings and what would be considered good engineering practice, the failure to maintain the manufacturers minimum riser elevation along with the failure to install an equalizer line or to install a condensate drip line and steam trap on the steam header results in poor efficiency and wet steam production.  (see page 17 of the attached Weil McLain installation manual for model 80 boiler)

<em>Indeed,the specs do not match up at all. Holohan in The Lost Art of Steam</em>

<em>states that with new boilers it is critical to follow specs. What are the</em>

<em>chances of not repiping, and instead do the other fixes. This report does not</em>

<em>state we have to repipe. I am especially concerned about the Hartford Loop we</em>

<em>Holohan uses the term of art “knucklehead” when speaking about the local guy. Our</em>

<em>installer was called in to review this report. A verbal answer stated that this</em>

<em>point was patently false. This knucklehead also cranked up the pressure to 2</em>

return line aquastat that is located next to the boiler and attached to the return pipe of the longest steam run, the aquastat’s function is to prevent the boiler from firing when the time clock calls for heat if the pipe temperature is above the aquastat setting, it does not shut off the boiler, it only prevents the boiler from running if the pipe is still warm when the timer calls for heat, thus it may delay the start of the boiler on a time clock call for heat. The wisdom of this control scheme is that the steam pipe temperature will correspond to the temperature of the radiators, however this requires the boiler to cycle on and off regularly through the use of a numerous time clock trippers with on off cycles occurring perhaps every couple of hours or less, your time clock had only two on-off cycles occurring, each lasting 6 or more hours, which meant your boiler, would come up to steam pressure with the burner cycling to maintain pressure, I gave you two more sets of trippers to create more cycles.

5,  A combustion analysis was performed of the flue gasses while the boiler was in

operation, those readings were taken utilizing a Kane May electronic combustion analyzer which was serviced and calibrated by the manufacturer within the last 120 days. The readings indicate that the burner is not operating at peak efficiency as the carbon dioxide reading is low, with to much air entering the burner, at present the boiler has a combustion efficiency of 76.9%  and should be able to achieve at least 80% combustion efficiency with some minor burner adjustments. (See page 32 of the attached Weil McLain manual and analyzer printout)

Radiators appear to have been replaced over the years with little concern for heating capacity. In one pipe steam systems, radiators and piping are sized based upon the calculated room heat loss. Radiators that have been replaced because they didn’t physically fit in with remodeling or radiators that have covers installed have in many cases decreased the available heat in a given room.Modifications to the structure such as replacement of windows, adding insulation, moving of walls or enclosing

porches has affected the heating needs of rooms/individual units. Radiator air vents have been replaced with little consideration given as to quality or capacity.

<em>I have no idea how the boiler capacity was determined when the new boiler went in. I am guessing that the residents here at the time did some research and found one that was reliable. I personally believe it to be sufficient for our needs if installed properly.</em>

1,  A properly sized equalizer line should be installed per the boiler installation

manual or a condensate drip leg and steam trap could be installed on the steam header and piped to the condensate receiver.

trap at the rate of 1 psi for each 2.31 feet that they are located below the steam main, this would allow for better air venting as the end of the main vents would be located before the steam trap in addition there would be no condensate backed up in the

if the radiators are still warm from the previous cycle of the boiler. Setting should be written down on a sheet located in the boiler room noting such things as outside temperature, time clock settings and aquastat setting,adjustments should be made based upon review of those setting and should remain as a record for future boiler operations. Adjustments should be made by a responsible party, not by the person who complains the most but by the one who listens the most.

The boiler should be equipped with an outside temperature shutoff, although one owner insisted that this is presently being done manually I question the wisdom of this as this relies on the human element and reliability is certainly a human deficiency

5,  A combustion analysis should be performed and corresponding burner adjustment

should be performed as this will reduce boiler fuel consumption by 3-5 %. A combustion analysis should have been performed on initial installation and at least every two to three years thereafter.

The replacement of radiators, radiator air vents and or remodeling should be regulated by the condominium bylaws or rules, to prevent any potential for causing a

heating system imbalance. The replacement of radiator vents should be done only after evaluating the entire system, high quality name brand vents should be used preferably all from the same manufacturer as most manufacturers produce vents capable of different venting capacity. Radiator vents serve one purpose only, that being to allow the air to vent from the radiator and related piping at the beginning of the heating cycle, once the air is vented the radiator will remain hot as long as steam pressure is present,

adjustable radiator vents, vents of differing venting capacity only effect how fast the radiator warms up at the beginning of the cycle,  they have no thermostatic control. Since radiator vents allow air to enter the radiator and piping during the boiler off cycle it is important to have the heating boiler cycle on/off regularly via the time clock allowing the steam pressure to go to zero and allowing the radiators to cool thus allowing air to enter the radiators and related piping,  this is accomplished by having numerous on/off stops installed on your boiler time clock, only then will you be able to control heat output with vent sizing.

The poor workmanship of the boiler installation, the basic disregard for manufacturers installation drawings, accepted engineering practices and safety issues along with the poor attempts to correct operational deficiencies leads me to recommend that you find a new heating contractor as your present contractor or at a minimum the individuals

that he is sending out are clueless.

<em>I wonder why the contractor does not recommend repiping. This was not explained. </em>

<em>Otherwise, my own research has not given me any indication that this report is in any way unreasonable.

By the way, the insulation has been removed from the piping, as shown in the photographs, both in the boiler room and in the middle tier basement. Should it be replaced? I believe condensation is forming in this run, which is around 30’ of pipe. I can hear quite knocking near the boiler in this pipe.</em>
wide view A dimension.jpg 0B
returns.jpg 0B
main coming from boiler.jpg 0B
lowest return to water line.jpg 0B
lower boiler.jpg 0B
boiler to main connect.jpg 0B
45 degree and 90 degree from top.jpg 0B
combustion report.pdf 0B
80_boiler_manual.pdf 0B
0