zoulas Member Posts: 29
October 2022 in THE MAIN WALL
Hello, I had my spud and valve changed on a steam radiator. The valves were 75 years old. It has now started to drip on between one of the sections on the bottom side . The question I have is that a hole did not develop, it seems the two sections split a bit. Is it possible the spud is pushing on to the section causing it to split? Is what I am saying possible? Likely? 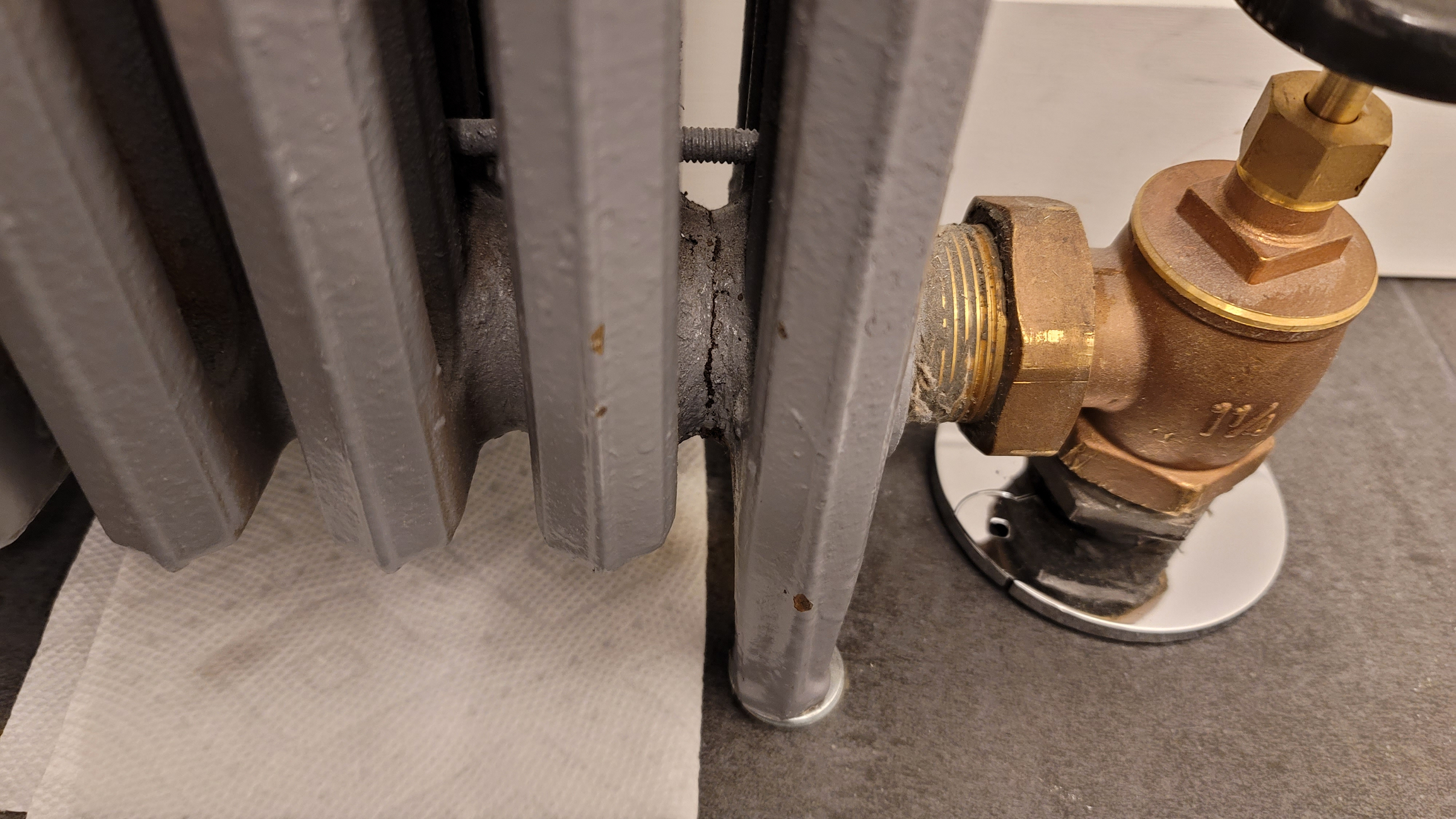