I contemplated writing this Forum for quite some time, but decided to satisfy as many small issues as possible , first.

Am giving you the shortest version possible, to answer as many questions that you may ask.

No radiators are piped in the basement.

Most were of the 14 - 16 K BTU rating, according to converted measurements.

Most Main Run outs are 3/4 , Risers to above floors are 1" , With 1/2" condensate piping from each Radiator.

Radiators do Not have attached Steam Traps, nor appear to ever had.

An 18 Gal Hoffman Condensate tank With 2 Respective F & T Traps are located 3/4 down stream the bldg length from boiler.

Condensate is Returned to a 30 Gal Hoffman Boiler Feed Tank , a few feet from boiler

The attic originally had 4 sets of risers with Radiators removed, derived from finding the old Floor openings.

2 CI Radiators were installed for the time being, with antlers, having 4 Gorton #2 Vents on Each side of Attic, as No Main Vents were found in this bldg at All.

Boiler ran off a Pressuretrol , with #67 LWC & a secondary Cycleguard LWC, which was improperly placed into the Lowest tap on end section.

Although many aspects needed to be addressed, the Boiler did operate & satisfy the bldg, with issues.

A Chronic issue, was that the boiler was Short Cycling.

First thing I did was to purchase Dan's Book , The Lost Art Of Steam Heat -Revisited, for which many hours were spent absorbing it's contents & then discussing with many local people in the Heating business.

This book taught a Career long Roofing Contractor, the Simple basics of Steam & of The Dead Men, associated with our bldg system.

Re Pitched & Re hung Every inch of Both Basement Mains, Run outs and Condensate lines.

Replaced Pressuretrol with a Vaporstat, set at 1 1/2 Lbs , without ever getting a reading on a 0 - 5 PSI Gauge.

Note:
Boiler was still short cycling , with Cycleguard running Boiler for 15 Min & Off for 90 Seconds , Constantly , 24 Hrs a day...

Bldg thermostat had been improperly placed in a 1st fl unit, certainly Not helping the matter.

As the Bldg renovation continued, each Apt was downsized or re configured in size, eliminating the Huge old Column Type Radiators for Smaller CI Tube Radiators, generally 5-10K each.

T Stat was then centrally placed into Upper Staircase wall, below heat load of upper hallway ceiling, & appears to be well suited, maintaining exactly the Set point in each Apt & Hallways/ Stairs.

Still, A Gauge reading was never present, thinking that the Load was Equal to the Boiler output.

Gorton # 1 Vents were placed on 2nd fl radiators, before Valves, at Front of bldg quickly purging those 4 risers, which had never happened before.

The CycleGuard was replaced with a Watchdog LWC , eliminating the Preset Run time / Short Cycling schedule of the Cycleguard control.

TRV valves were installed into each of the New 7 Apts, in the hopes of keeping more Steam in the mains, for a longer period.

Lead times of 12 - 16 Weeks , forced us to Secure Replacement Sections & other components from Utica Boiler , Using the Existing Near Boiler Piping, Due to Time & Outside Temperature issues.

It has always been discussed to replace the Near Boiler Piping, but could not be done at that time.

It is scheduled for This September.

Boiler was Rebuilt on Existing Base , Along with New Burner tubes & Gas Valve, which was Calibrated to Factory specs.

Boiler Still Continued to Short Cycle , even after adjusting Vaporstat.

For Insurance purposes, the Boiler was inspected by the New York State Boiler Division.

As well as Numerous others, the Inspector commented that the Near Boiler Piping was Not Correct & that was the reason for Chronic Short Cycling for both the Old & New Boilers.

I believe that correcting the Old / Improper Piping design to a Needed Drop Header, would suffice this problem.

Any comments , suggestions or Drawings on correcting the piping issues, would be Greatly Appreciated. 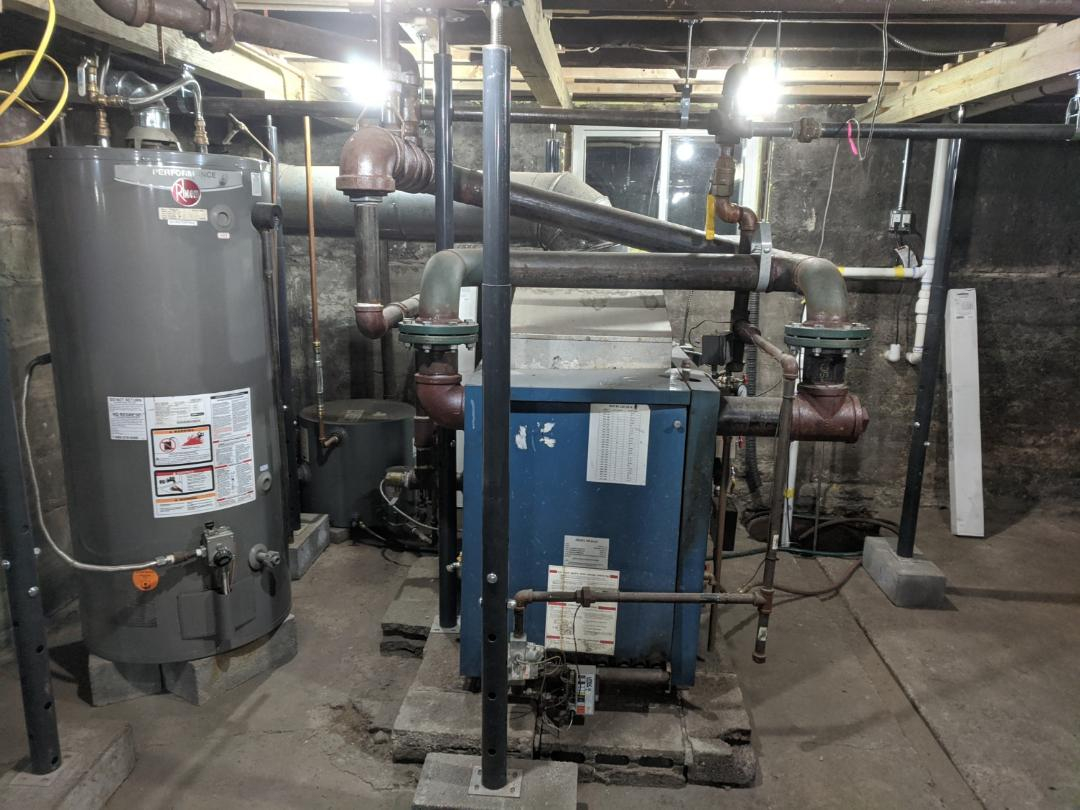 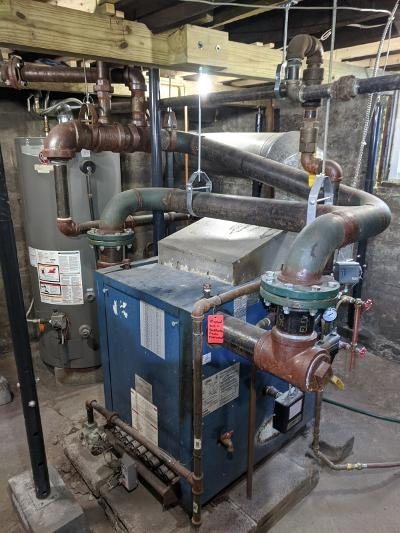 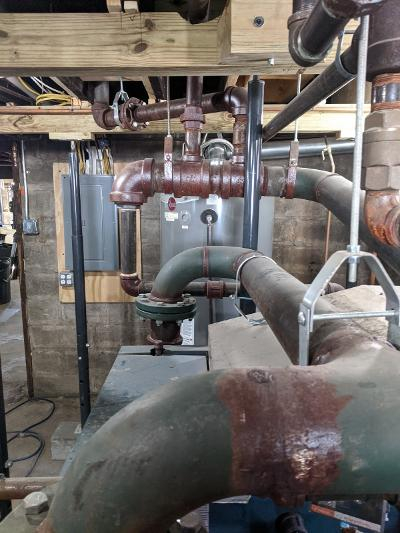 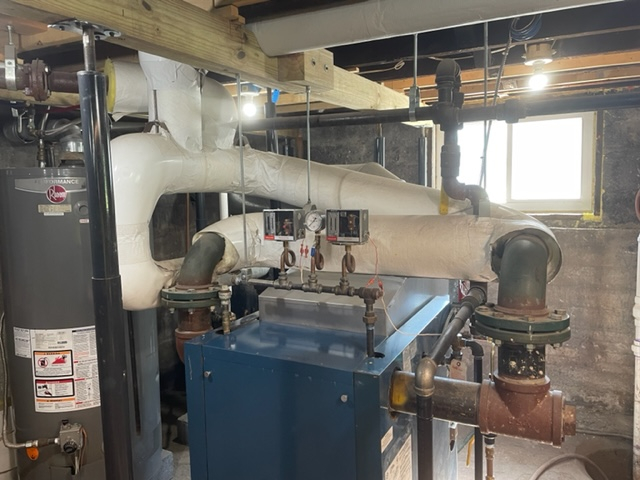 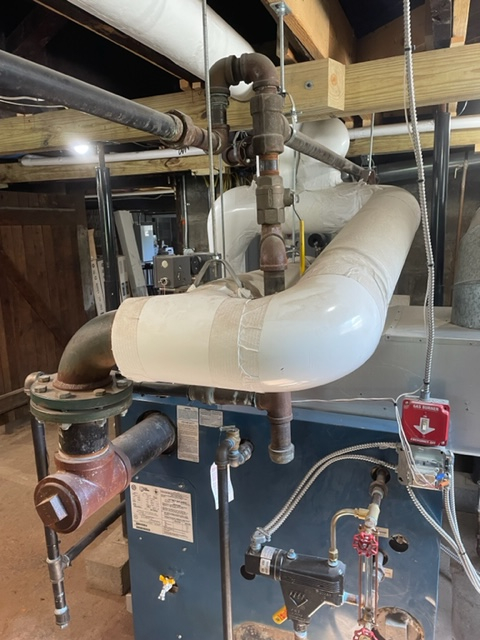 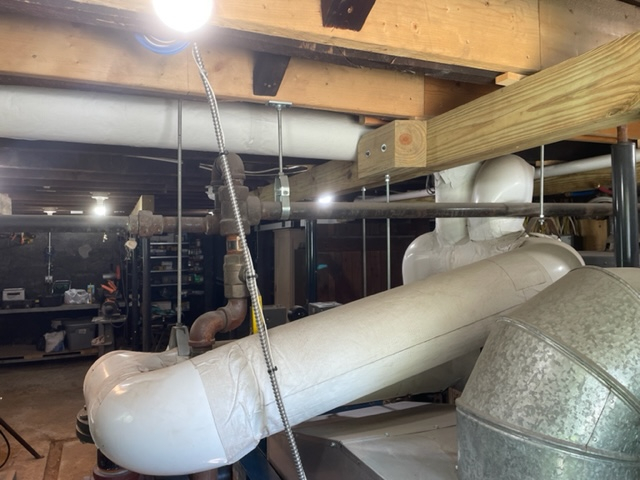 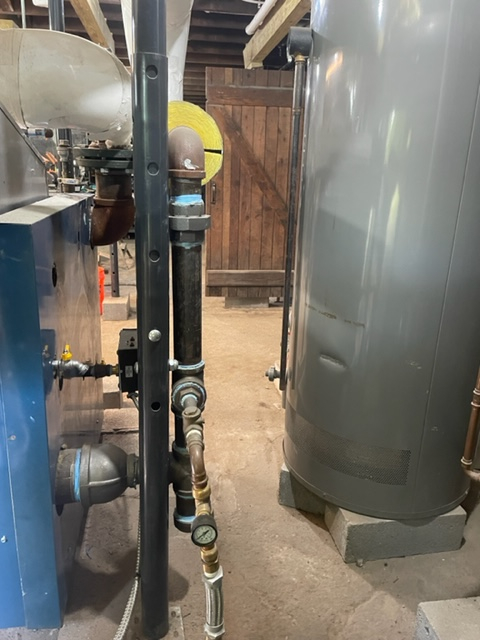 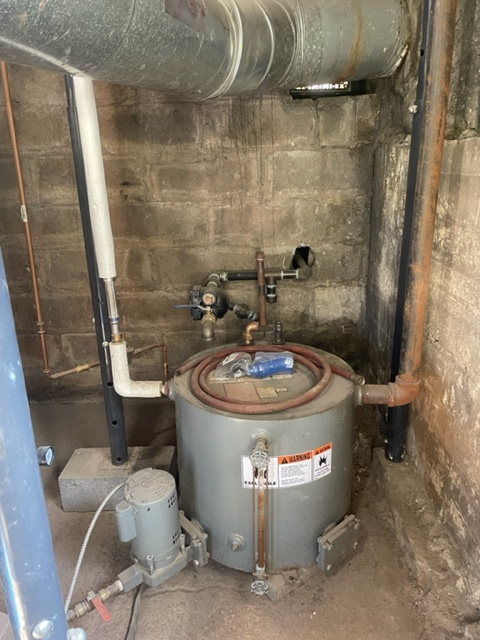