meerkat Member Posts: 35
June 2022 edited June 2022 in THE MAIN WALL
I'm creating this as a spin-off from my how-to-contact Viessman question/post because the condition of the Vitocell is its own separate subject. This tank was part of a new Viessman install (Vitorond 100 + Vitocell 300) in mid-March 2018. We noticed a rusty water line on the exterior of the Vitocell in late February of this year (2022.)
The other post has the whole contractor-story/warranty issue described. In a nutshell, it's been 3 months and we are still waiting for this issue to be addressed.
https://forum.heatinghelp.com/discussion/188555/real-person-contact-at-viessmann-in-r-i-these-days-stymied
Here are some current pics as of today.
First, two views of the overall system: 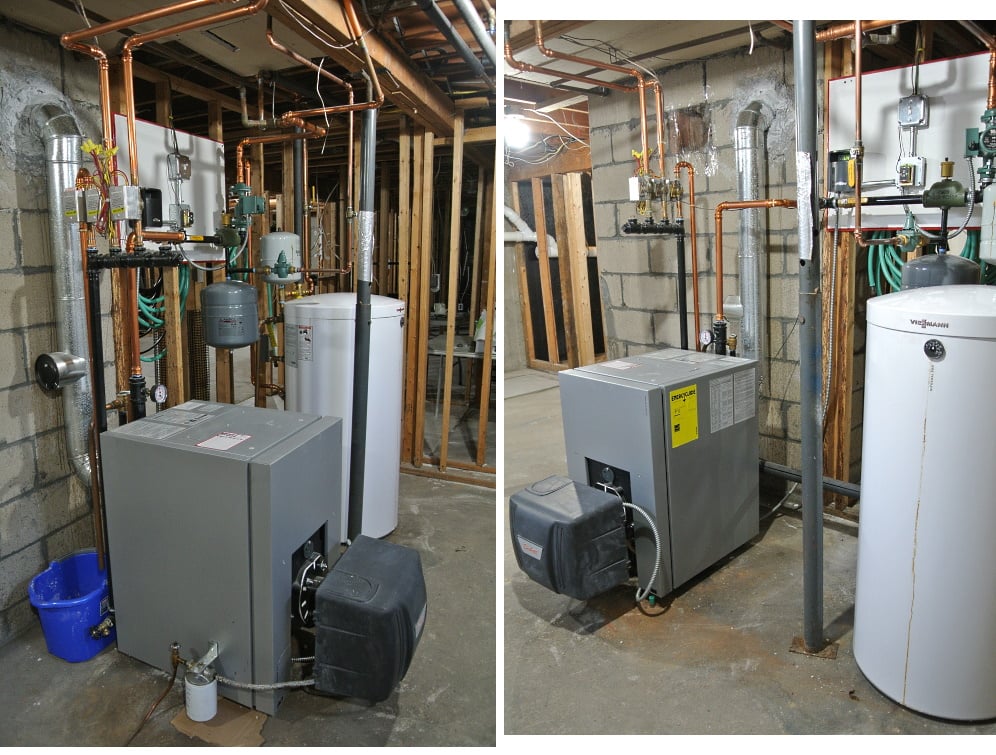