so I recently installed a triangle tube 199 combi in a 2750 sq ft ish 3 story house with 10 zones of staple up pex radiant floor. Up until now we were just pumping into 2 zones/stats: 1st floor zones 1-5, second floor zones 6-10, which was a temporary setup to get the system going.

Now I'd like to put a 10 zone cross manifold in and zone it properly instead of heating an entire floor or nothing, and I'm trying to figure out the thermostat part.

solution 1 would be to run a radiant floor thermostat to every room and a probe to every ceiling, which sounds complicated.

solution 2, I'm not sure, but I was thinking of setting up a "command center" where I could have a little closet on the wall just above the basement where the manifold is located and have 10 devices, one for each zone, monitoring the water temp going into each zone and turning them on and off as needed. could those devices be simple aquastats? as far as i understand, the thermostat only measures ambient temp and opens or closes a circuit according to demand. Are there standalone aquastats I could program to do just that using the pex pipe's temperature? any ideas?

ps: also, do my pump/flow requirements change if it's valve zoned vs two 5 loop zones as it is now (see pic)? 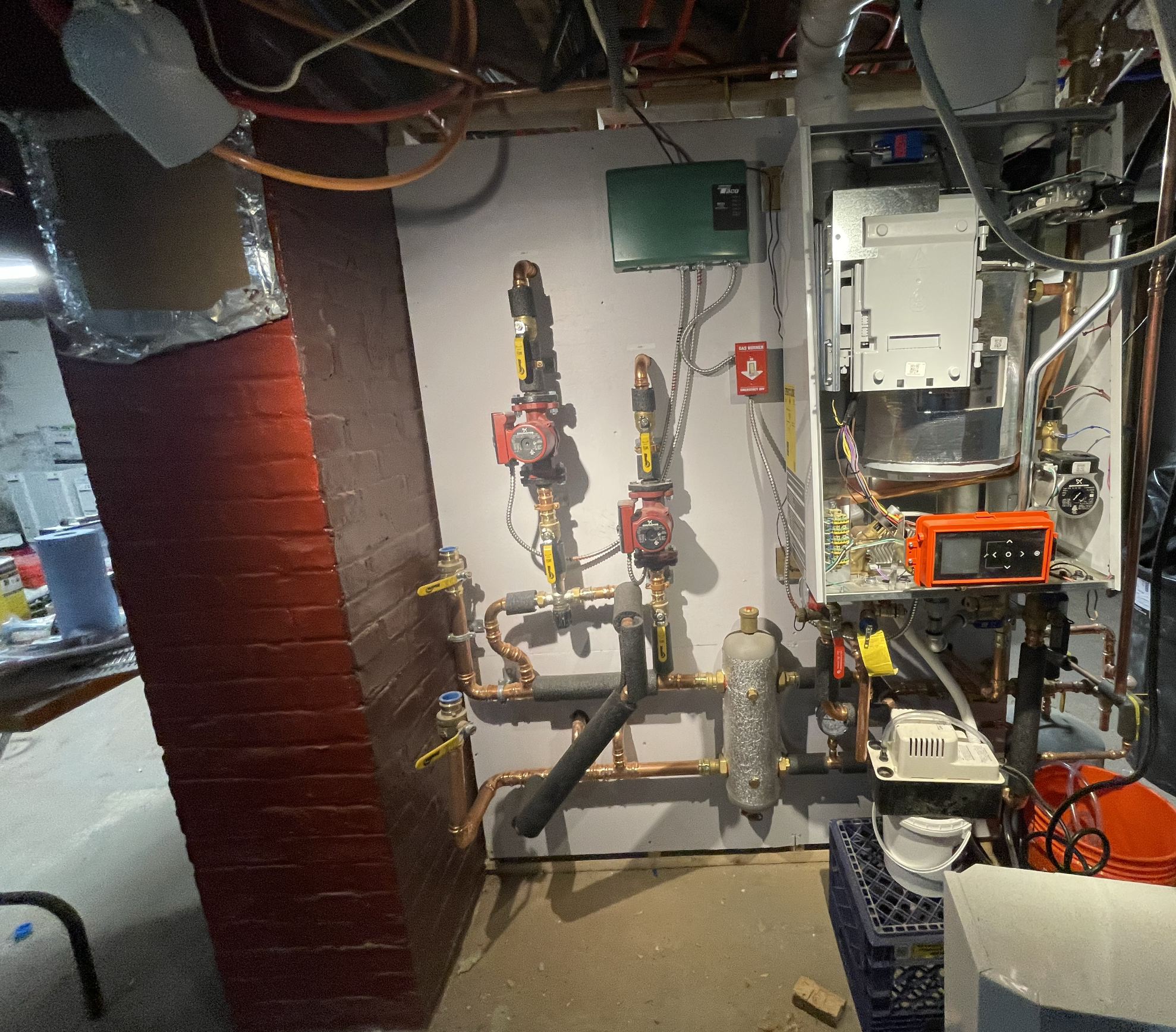 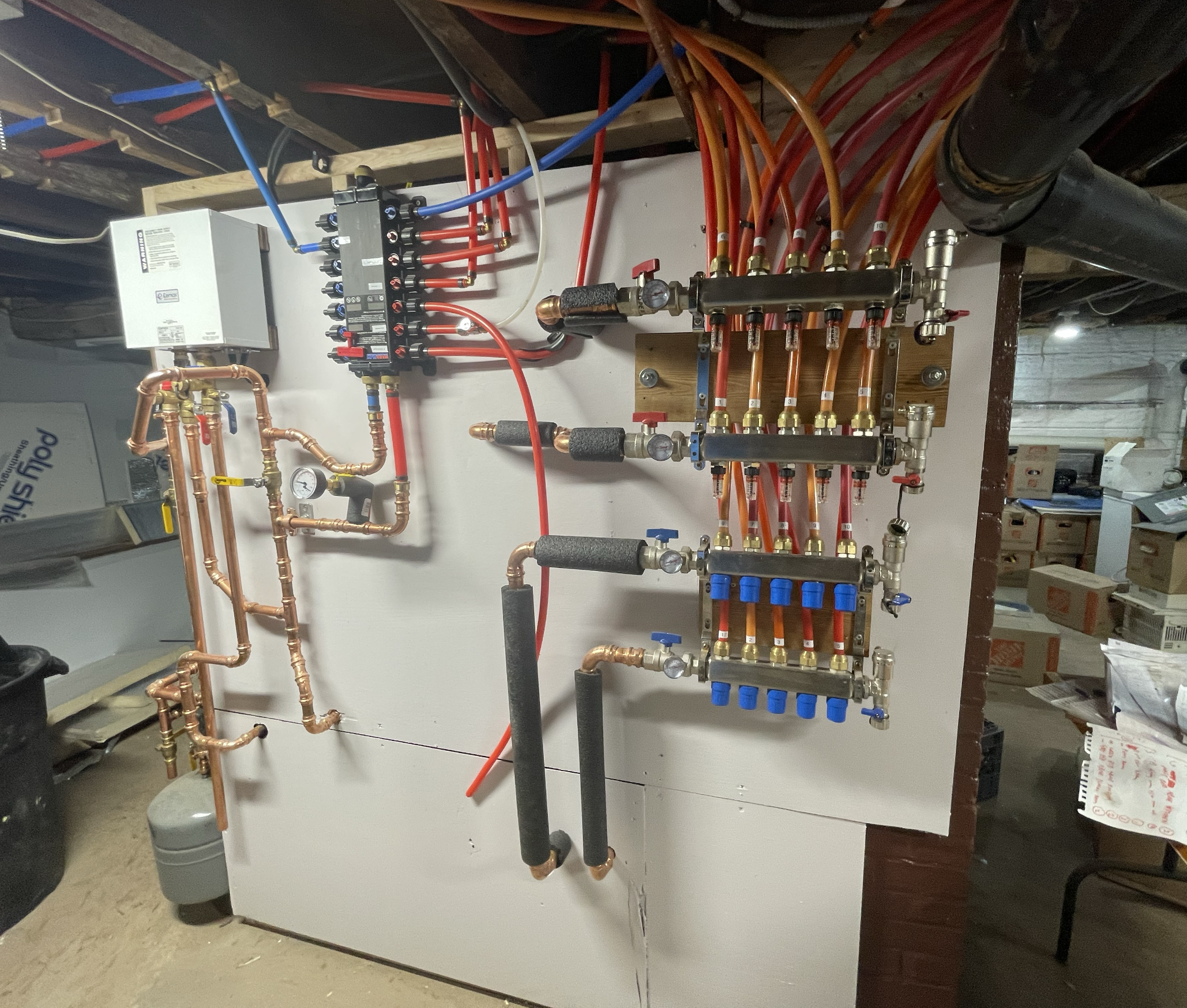 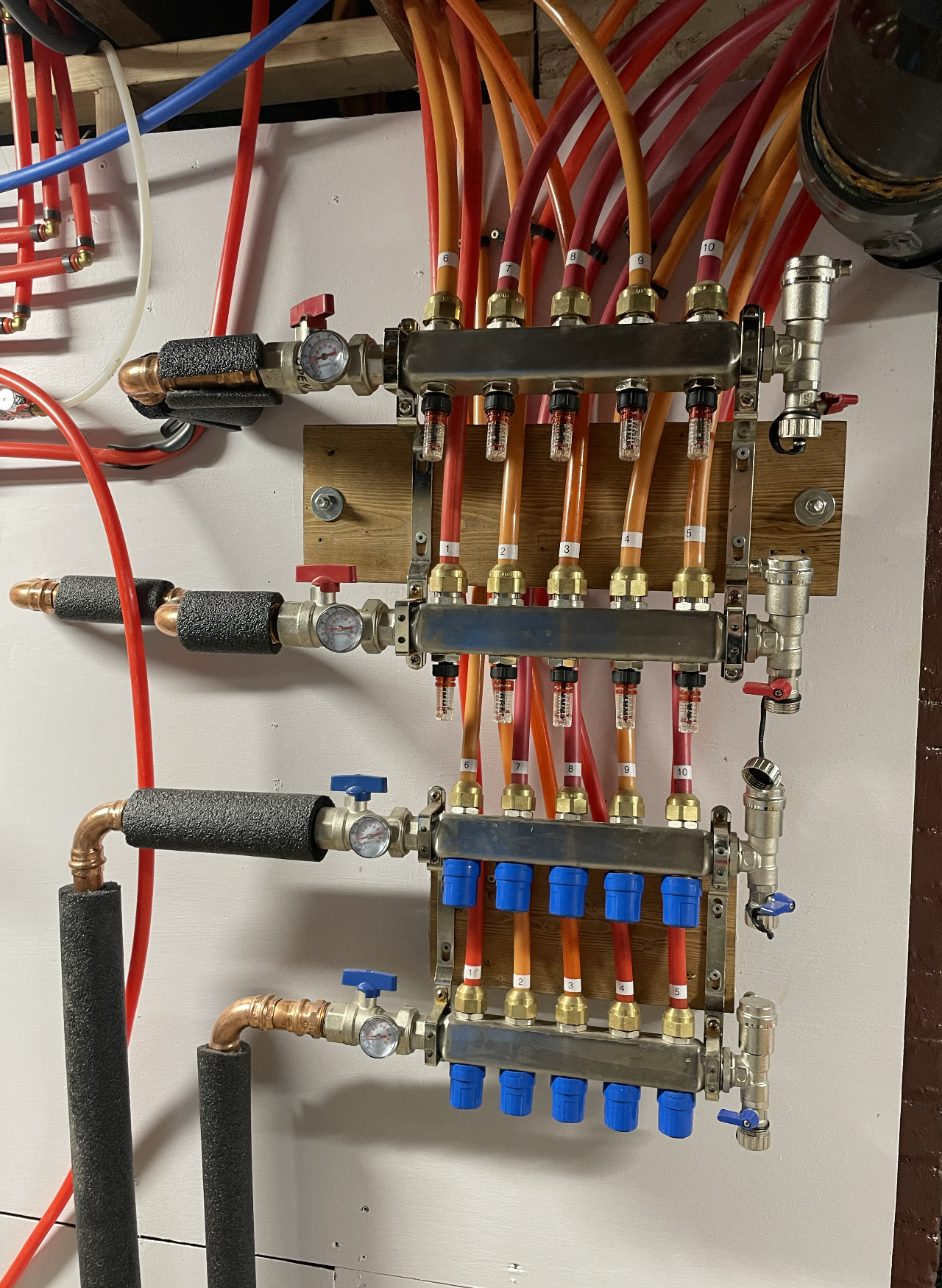