I am looking for confirmation or helpfull tips on the diagram below. I'm not a native speaker, so pardon my french

I have run a pellet stove in my gas heated system of radiators for some time now. This summer, I am installing underfloor heating so I will need a buffer to store the excess heat of the pellet stove. After reading many posts and watching videos I cooked up this diagram but are not sure if it is correct. I did not include many details such as valves, expansion tank and bypass to make sure I understand the principle.

On the left side is my pellet stove which feeds the radiators, underfloor heating and buffer.

To the right is my underfloor heater, pump P1 can feed it from the buffer when the buffer is charged.

Please advise, all help is welcome. 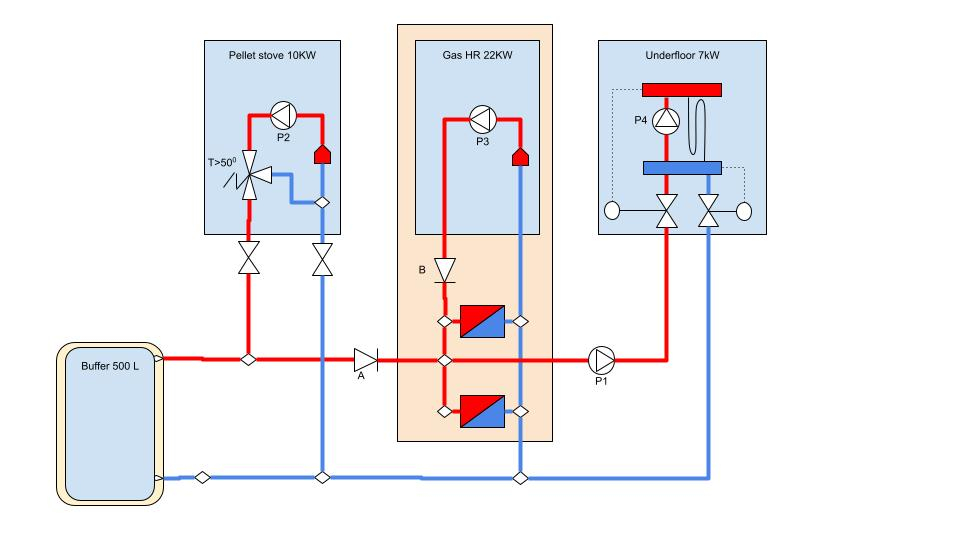