DonB5 Member Posts: 3
March 15 edited March 15 in Thermostats and Controls
Hi. Pretty new to this but will do my best to explain properly.


Trying to figure out if I can connect Taco 571 zone valve to Argo ARM-6P switching relay to split one zone into two. Details below.

I have hot water heat with 6 zones and 6 circulators, controlled by an Argo ARM-6P switching relay, shown below. When the house was completed, all 6 zones on the switching relay were taken (connected to thermostats). Later, when we finished our bonus room, to get heat to it the contractor put in a bonus room loop and a thermostat on that loop, and doubled that thermostat up with a thermostat for the existing upstairs loop, putting it on zone 2. You can see the two sets of wires connected to the thermostat terminals on zone 2.

The problem with this is that when either thermostat (the one for the upstairs, or the one for the bonus room) calls for heat, the burner fires and circulator #2 pumps so I get heat to both places.

I want to split it into two so that each thermostat controls only its loop. A friend and I thought, oh, we'll put a zone valve (Taco 571) on the upstairs loop, and another zone valve (also Taco 571) on the bonus room loop. Our idea was that everything would still be controlled from the terminals from zone 2: I thought it made sense, but it doesn't work. It trips the transformer reset fuse on the board.

I called Argo and they said I should add an Argo AZ3 Zone Panel. It would handle the thermostats and Taco zone valves and just have a single set of wires leaving a zone panel end switch and going to the thermostat terminals on the Argo switching relay.

I'm prepared to do that, but before I do, I would like to ask: does this seem like the best solution? Is it possible instead to connect the Taco zone valves to the existing Argo ARM-6P switching relay, and not have to buy an additional control?

If it is possible to wire to the ARM-6P, can you say how I should do it, since the approach I describe above did not seem to work?

Many thanks for thoughts and advice. I knew nothing about this 2 weeks ago so I'm trying to get smarter about it. 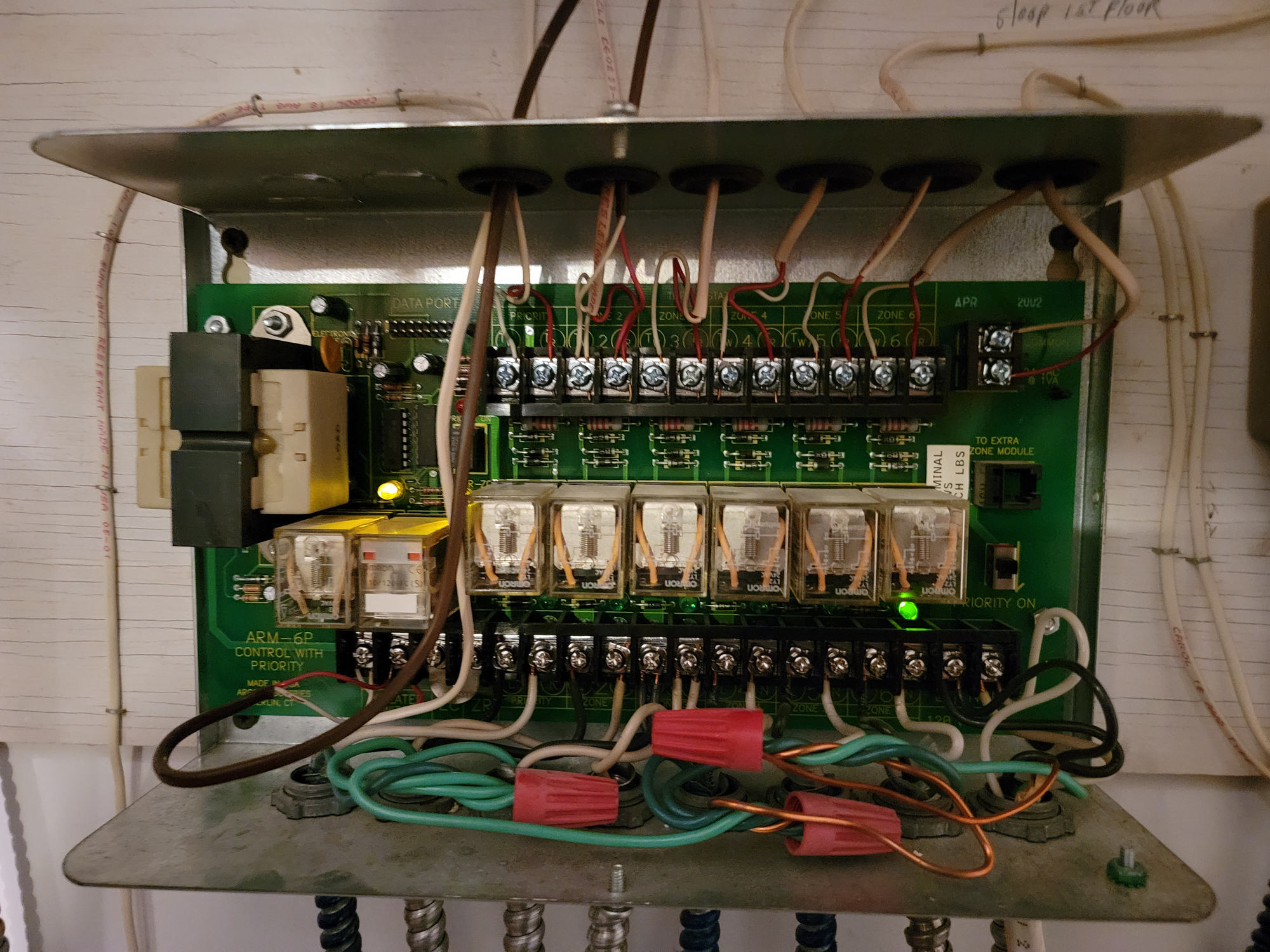