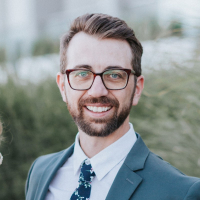 I recently had a contractor replace a 32 year old oil fired unit with the newest Viessman 100W, B1HE-120 back in November 2021. It looks great on the wall BUT...

Since day one, there has been a series of two groaning vibrations every time the unit turns off and on from heating mode. The living room is above the water heater and I can feel soft vibrations running through the hardwood floor when it happens. I even had a friend come over and ask whose phone keeps vibrating. Let me be clear, it's not a super loud noise/vibration, but I can feel and hear it every time it cycles.

My contractor has been out numerous times and agrees that his other installs don't make that noise and was able to track it down to the diverter valve which they replaced one week ago. Upon installation we cycled it and the noise was virtually gone and he was on his way. However a few hours later it was back to it's usual noise and discomfort level.

It is quite a nuisance because the living room is our main area in the house. Fortunately my contractor has been more than cooperative but hasn't been able to fully fix the issue.

Has anyone else had a similar issue? I'm having trouble believing this is a normal sound for a water heater that's marketed at 'quieter than your refrigerator' on the Viessman website.