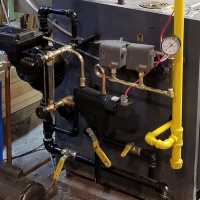 Powe Member Posts: 5
September 2021 in Strictly Steam
First post here. I've been the owner of a 110 y.o. house for a year and a half now and I've done some work on the boiler this summer to clean it out and fix some leaks in the plumbing around the boiler. I have some questions at the end, as I am not a boiler technician. And no, I've never worked on a boiler before, but I do have experience in plumbing and electrical. I'm posting a really condensed story of my experience in case it may be useful for other to see it's not that scary of a process. 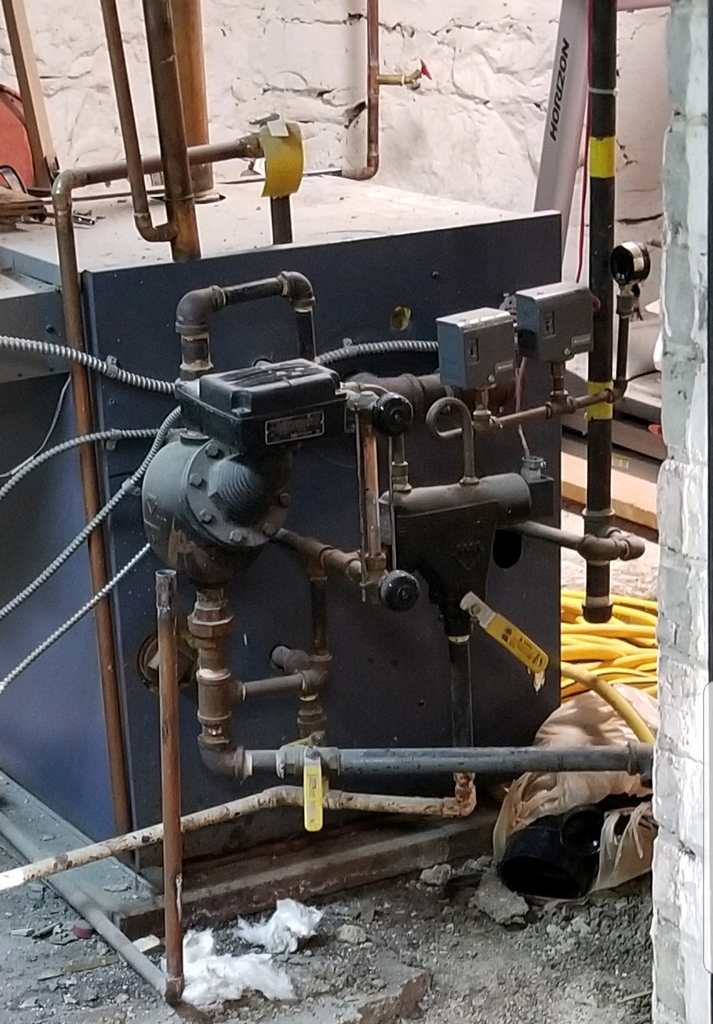 The condensate tank you see in the later pics had been removed temporarily to work on other stuff, but I reinstalled it and "nursed" the boiler through a Canadian winter praying it wouldn't quit on me. It suffered from a continually leaking condensate tank, non-functioning auto-fill solenoid, etc.

Well, it made it through the winter, and this summer I basically took it apart, cleaned everything up and rebuilt it the way it was, but in the process I have learned that some of it is wrong. Namely, the pigtail loop is upside down, and despite being all cleaned up and a new pressure gauge, I am not getting any readings on the gauge, (Note: I replaced the 30PSI gauge with a 3PSI gauge and I still need to get a couple of fittings to install the 30PSI gauge in parallel.
Here's the boiler mid-rebuild with everything taken apart ...

Several of the pipes into the boiler were rotten and basically just pulled out. The blue condensate tank was leaking and the seals on the pump were shot. I rebuilt the condensate tank and replaced the impeller (rotten - probably from too low PH), motor and pump seals and bearings, and cleaned out the tank. The boiler drain was clogged so I flushed that out well and used some boiler cleaner, and then flushed it again. Then I reassembled everything the way it was, and fired it up for the first time. No leaks!!!! Here's a pic when I was almost finished reassembly, with a few connections yet to make. 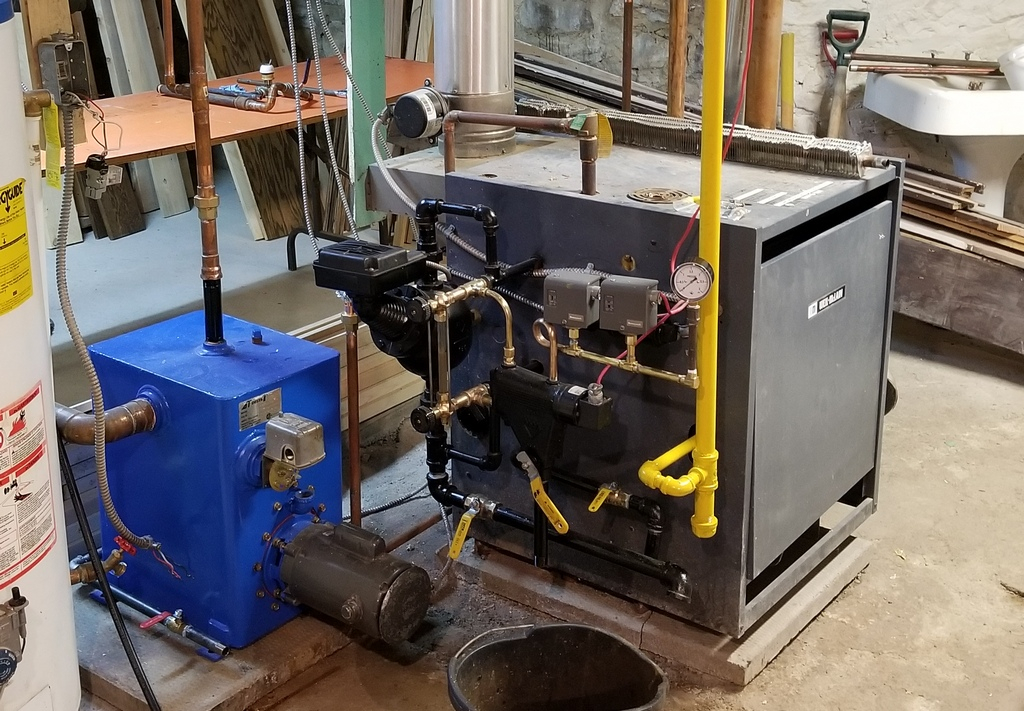 This is the point when I was still cleaning and flushing the boiler. The condensate tank is not connected as I didn't want dirty condensate getting into my clean tank. I had installed a drain valve on the condensate return line and I was just discarding the condensate and manually filling the boiler, while it was firing to run a few cycles of clean water through it.

Now to the question. Obviously the pigtail is installed wrong - the loop needs to be down. The pressure gauge registered .5 PSI during the first firing of the boiler, and after that I get nothing.

I want to replace the 90 elbow at the top of the steel pipe that goes to the big boiler level switch, with a tee and install the pressure switches and gauges there instead of on the LWCO. Would like some input on whether that is a good place to install them?