Okay to use a union at the meter? - Fixing EXTREMELY slow leak after a pressure test..

Amodedude1 Member Posts: 5
June 1 edited June 1 in THE MAIN WALL
Is it okay to put either a ground joint union or LR Union at my gas meter in order to fix a gas leak I discovered after a pressure test?

I had a new combo boiler installed which required re-piping the gas lines. The previous plumber (who I won't be hiring again due to several issues not just this) did not test the lines *before* taking everything apart. I went in after him to test the work and I pressure tested the lines and found a leak on the old pipework (not any of the new stuff he put in thankfully).

I dropped my meter, connected my gauge from there and tested first at 15psi. It PASSED the 15psi for 30min test but dropped 1/2 psi after 24hrs. This was an EXTREAMLY slow leak but a leak none the less.

In order to find the leak I had to use Cal-Blue and crank up the pressure to 40psi. Also, all equipment was disconnected and capped at the appliance with any valves in the open position.

So now I'm wondering, since I am now fairly certain the new work is solid, can I just cut out the old work which is after the meter and use a union of some type (either ground joint or LR) to replace the old stuff? Or does the meter bar come apart near where my gauge is connected? 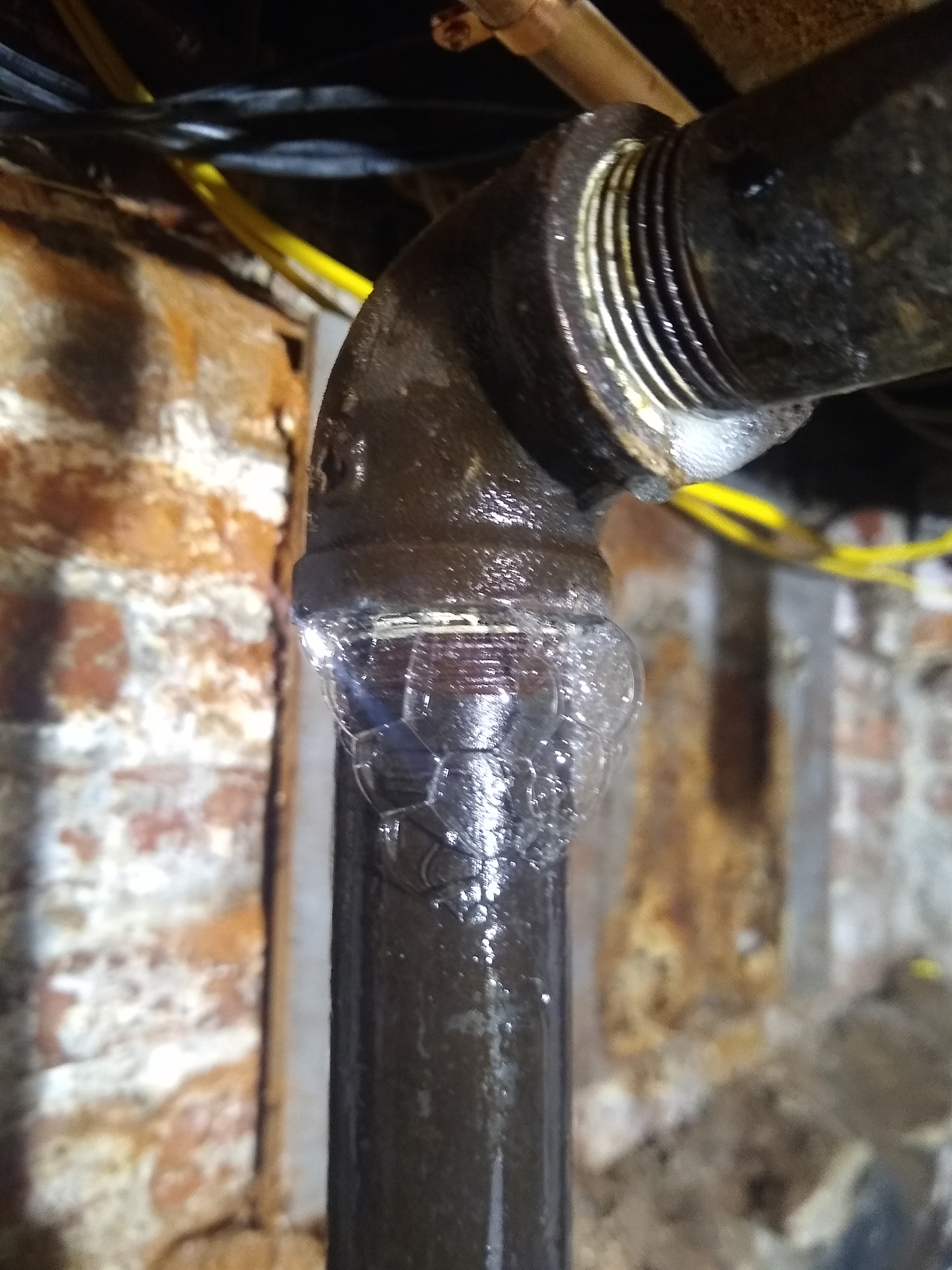 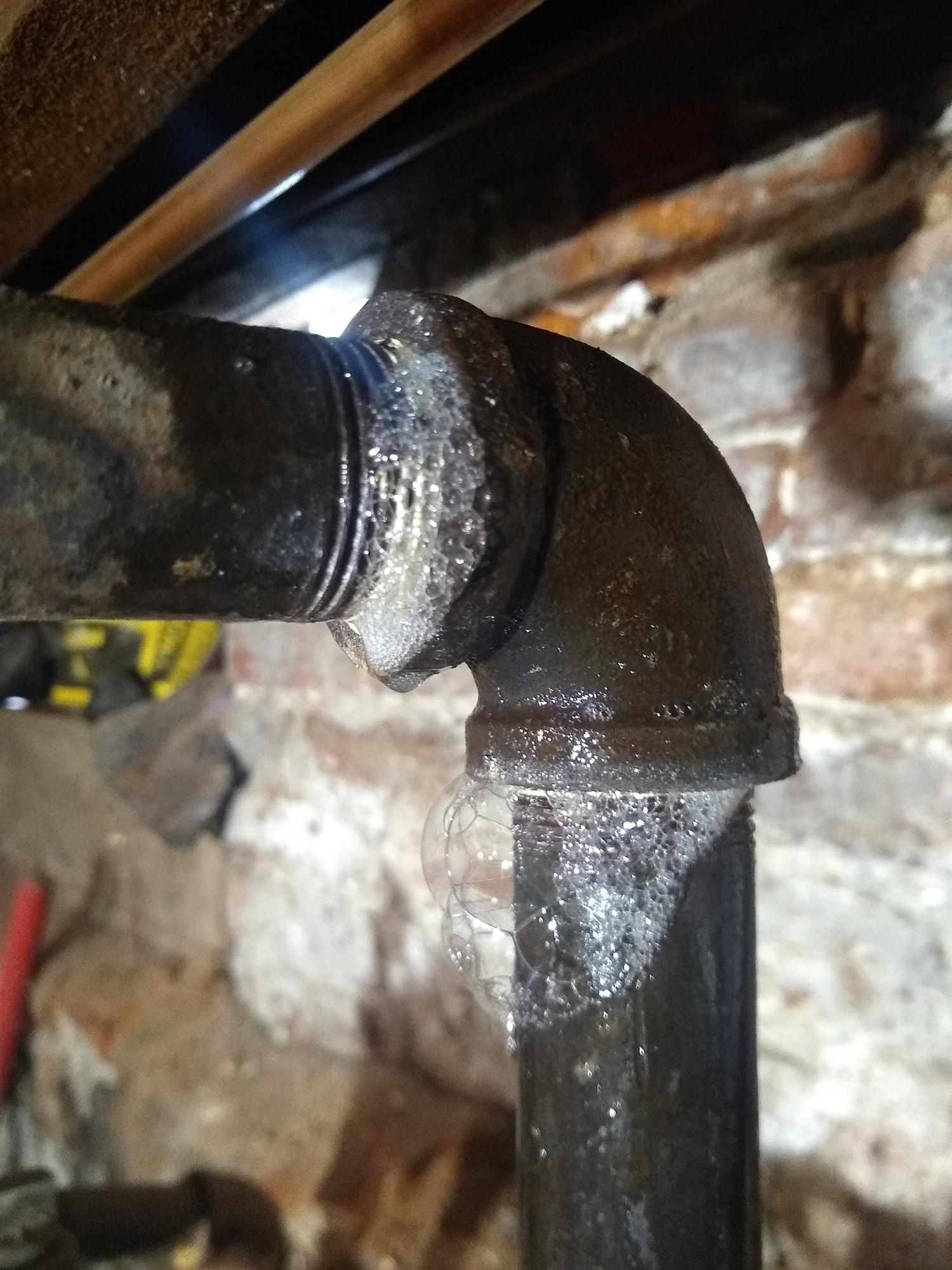 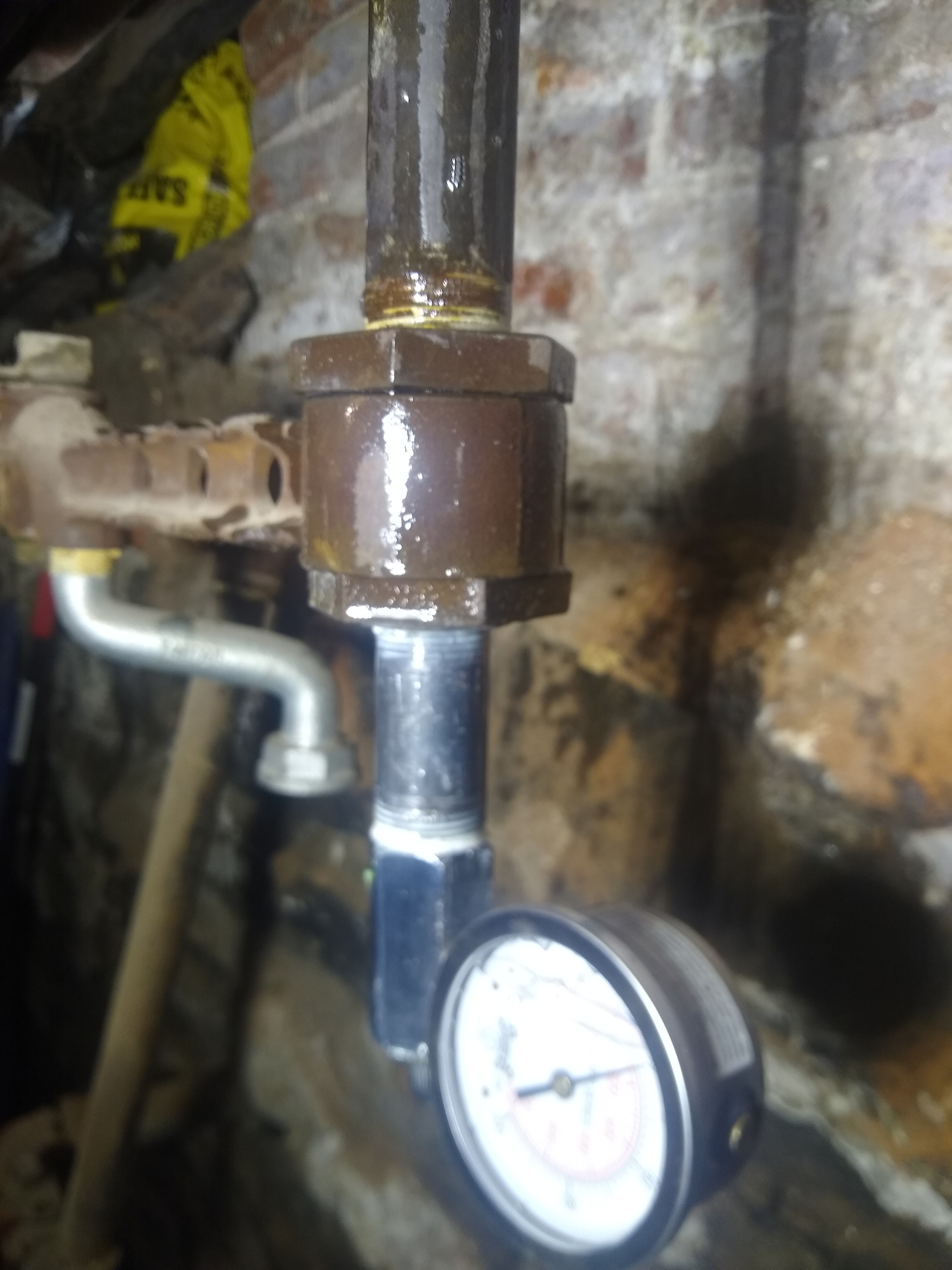 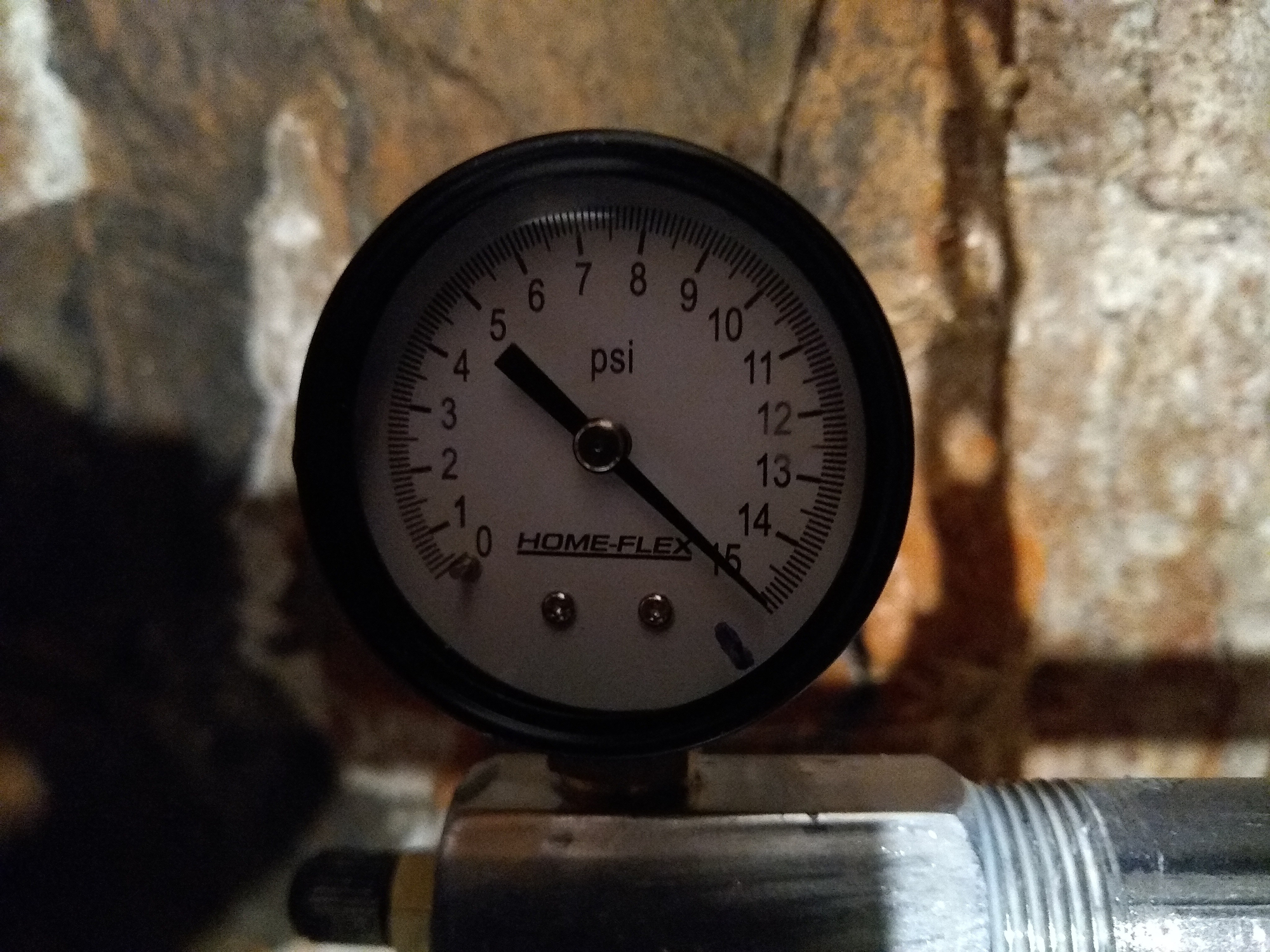 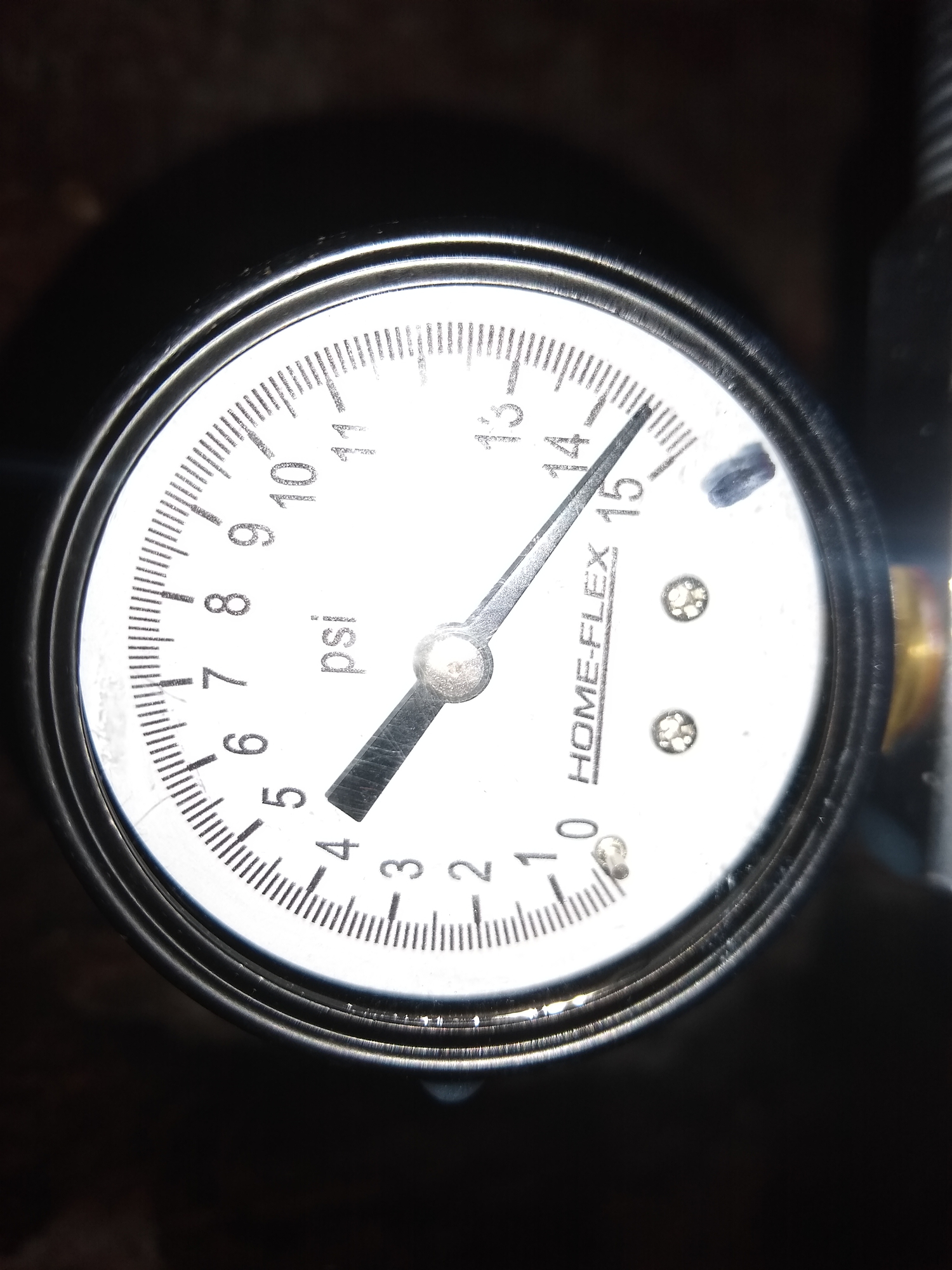 Don't seem to have a pic of where the plumber connected the old pipe to the new pipe but above may give a general idea my setup.

*Disclaimer* - I am well aware of the impacts of performing my own natural gas work. All work is to be pressure tested by a licensed master plumber in my area and inspected by the city. It IS legal to do my own work so long as I pull permits, follow the codebook, get inspections, test myself for sanity, test again by a trained professional and maybe follow some common sense. Ia'm just here looking for advice!