We moved into our new house about a year ago and it's been great but I've been having issues with our radiant heat.  Each zone has a manual thermostat - think of those old school mercury balanced types. I don't think I have any issues with the thermostats.

I have a 5 zones system with an electric boiler that has its own 200 amp system. I've noticed this winter that two zones are constantly calling. My home is  well insulated, being one of those concrete and styrofoam builds.

Details about the two zones.

Both zones are on the same sending line. Most of my zones are on one return, including the two zones I'm talking about.

One of the two zones is the longest / furthest away from the boiler, going to the opposite side of my home (my bedroom). The other is the closest - just going up a floor right above.

I have a 3 speed pump that doesn't seem to make a difference if I set it to low med or high - other than water hammering issues while on high. Zone valves open and close and are one year old.

Photo of system- issue zones are top left in front of the 3 valve manifold. 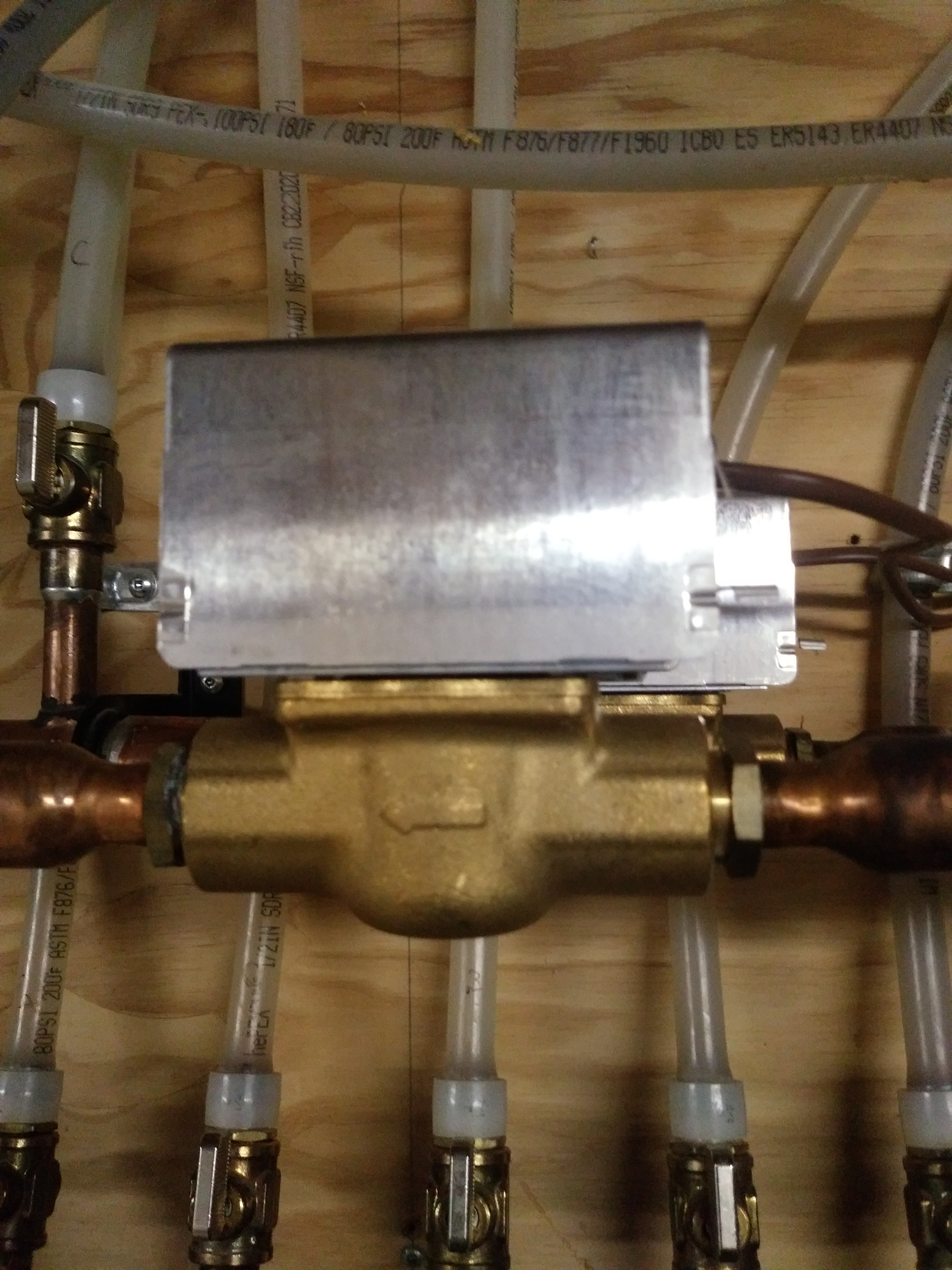 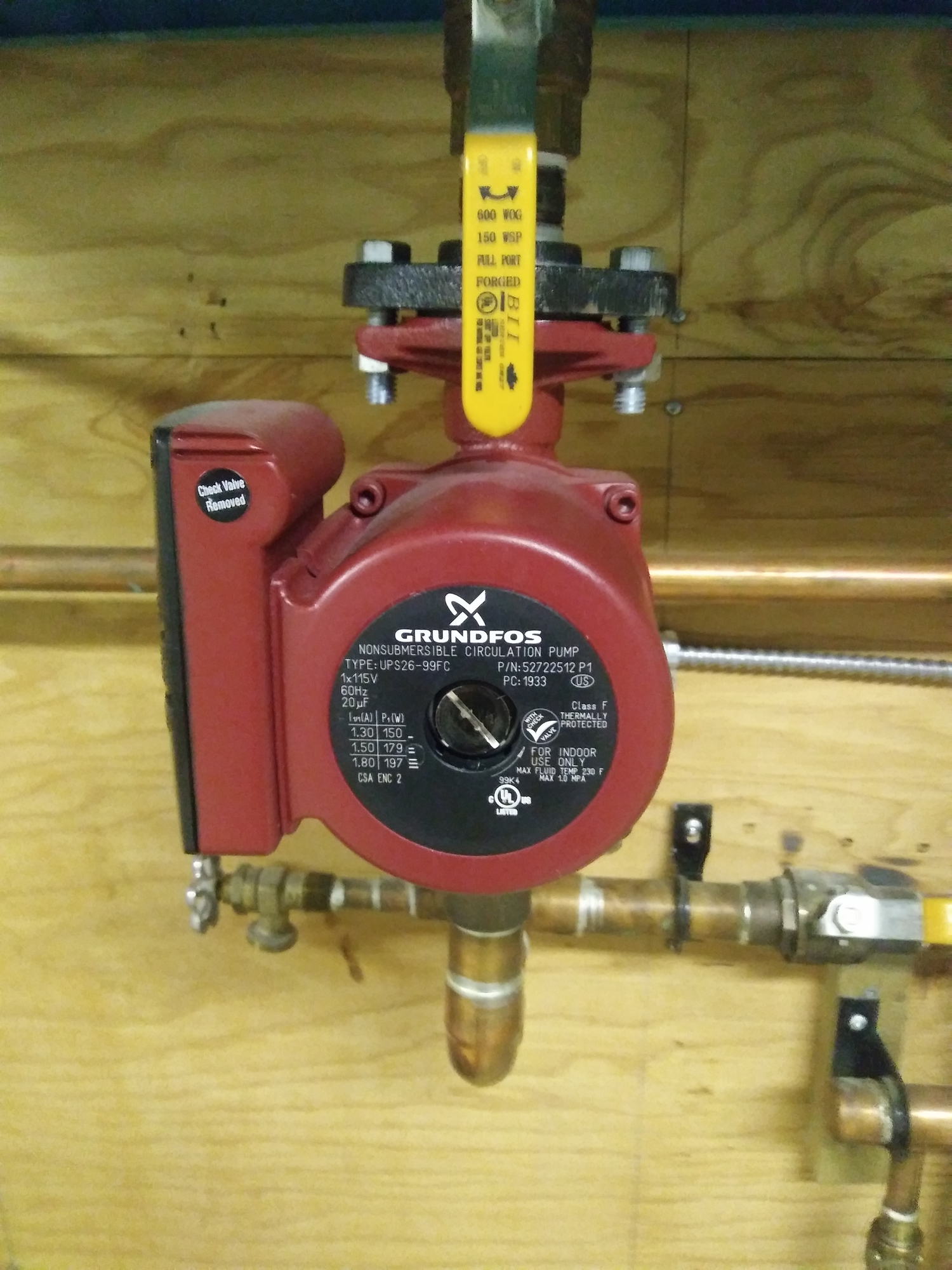 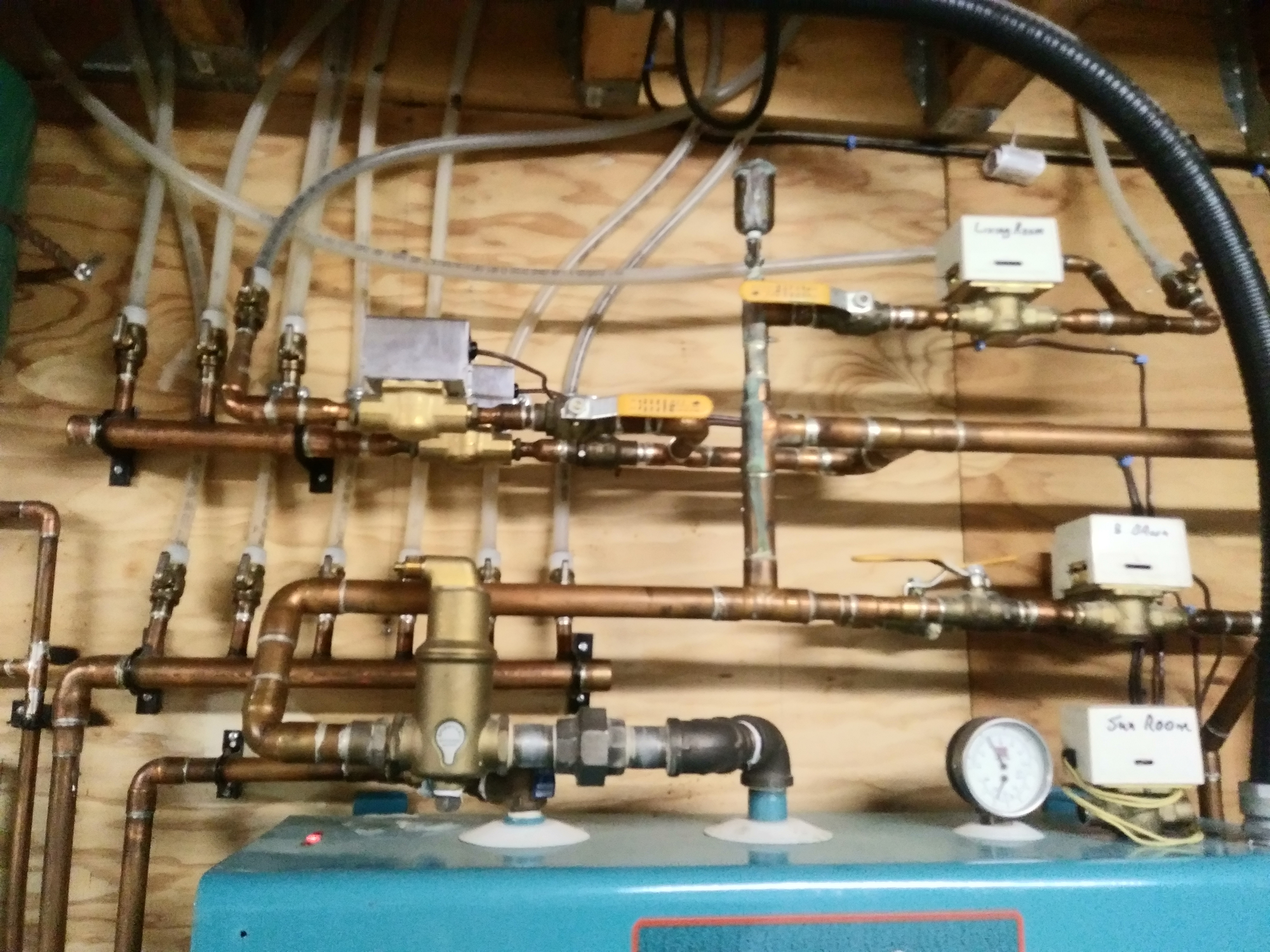 I'm stuck on what is causing these rooms from getting up to temp.
0