Can I bypass this ventless radiator in the basement?

david_and_heather Member Posts: 31
January 1 edited January 1 in Strictly Steam
There is a very strange radiator in my basement. The upper right of the radiator connects to a supply. Just inside the wall, the lower left rejoins the dry return below the radiator. There is no vent. There is no valve. The radiator rarely gets more than a little bit warm. It is a one-pipe system. 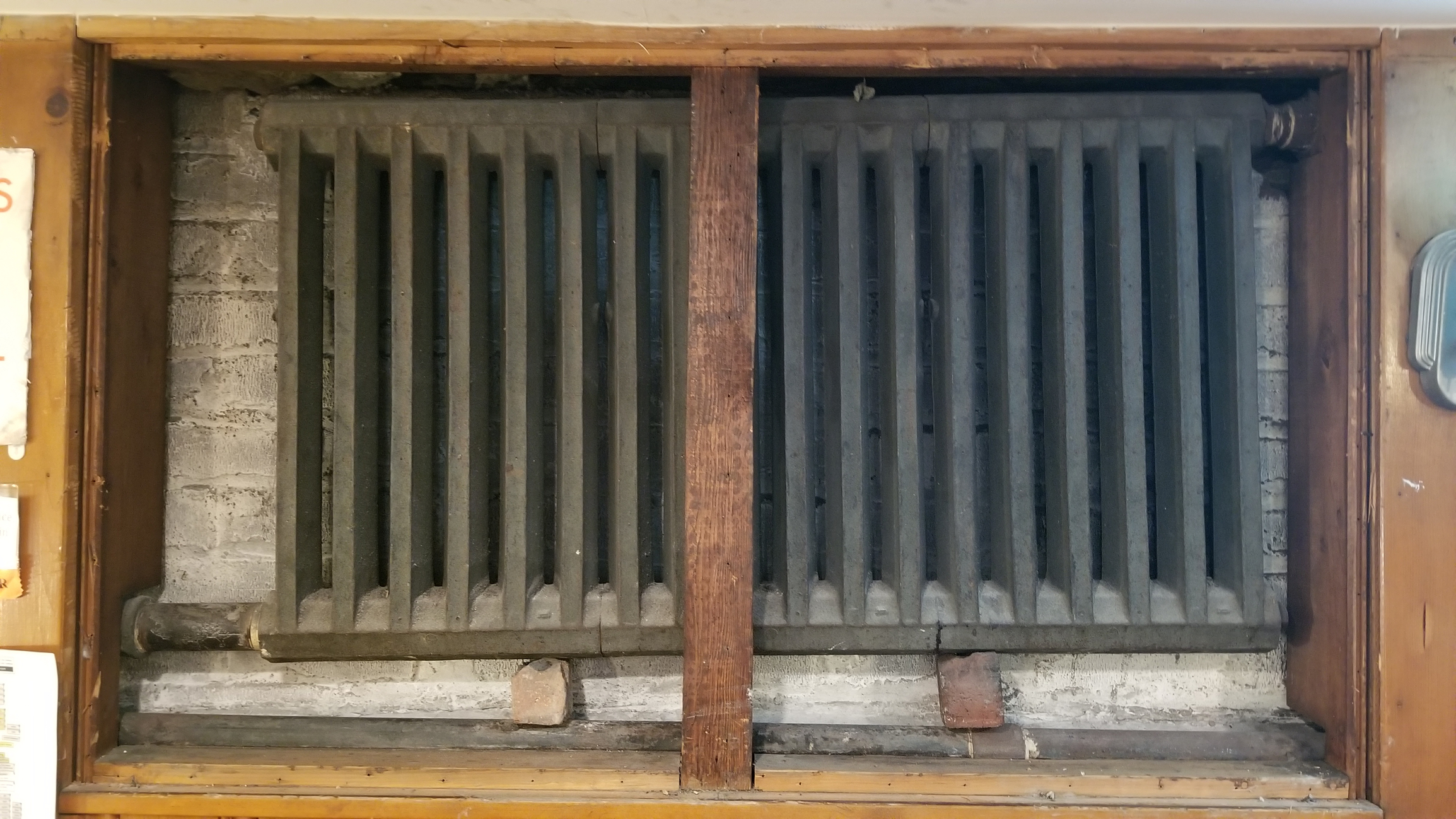 I posted about this radiator about a year ago. The thought was that this was a "condensate heater," possibly put there to satisfy draft requirements back when the house was built in the 1920s.

(That earlier conversation then went off the rails about my ceiling joists. To reiterate: they're fine. The notches are 80 years old. I only found out about them because I took down the ceiling, as we had never had a problem with them. I consulted two structural engineers proactively as soon as I saw the notched joists. Both engineers said to sister the joists and move on, and one recommended the carpenter that did the project.)

My question is: can I safely have this radiator removed from the system entirely? If so, can I simply cap the pipes at the upper left and lower right, or should I still have a pipe that connects them? If I need to connect them, does it need to cut diagonally across the opening, or can it make a right angle? I'd love to reclaim this precious wall space for a mini-split and/or a HRV.
0