Hoffman 40 vs 1A ⅛" Connection Different? 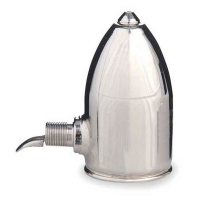 SinglePipeSteamer Member Posts: 4
November 16 in Strictly Steam
Last winter I replaced an old Hoffman 40 that had been sealed shut with paint with a new Hoffman 40. That room is the farthest from the boiler though, and always the coldest. So, I thought perhaps replacing the 40 with a 1A could help with that. I ordered the part, but the connection seems to be a bit larger and doesn't quite fit. I don't have an instrument to measure, but the tip of the 40 looks smaller, and almost like maybe there's a taper to it, the 1A looks larger without a taper, but I could be wrong about that. I am fairly certain the 1A is somehow larger though. I ordered both parts from Amazon, and I've included the descriptions below.

I guess my question is, are these indeed different size/shape connections, and what should I do? Is there a better vent I could use that would fit better?
0