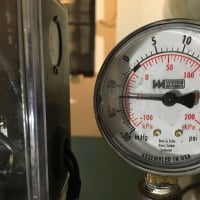 clammy Member Posts: 2,531
October 11 in Strictly Steam
I know everybody pretty much hates this feature ,but as it may be I recently did a long over maintenance on a boiler I installed in 2004 . HO likes to defer maintenance a bit . So I go through my normal check list and drain the boiler to check the lwco and the lwco does not react ok I leave the power on and chk a few other things and bang the intermittent level light come so on by now I’m all set up to finish drain and all set up to flush and Wand. I have the boiler drained enough to remove the lwco probe and find I completely corroded and shot . I would have to say that without the cycle guard the boiler possibly would have dry fired . Lucky for the ho the system is very tight and has no auto feeder and he checks water level once a week . I m also not a fan of the cycle guard but for those who put off maintenance It may be a slight blessing . I also would say aside from constant 15 to 20 minute level checks I feel that it really gives main and radiator vents and higher cycle rated per call for heat due to cycling caused by the cycle guard . I know I see more failures of main vents especially on systems that are even piped properly. On the other hand they do possibly mask over sizing issues and poorly piped near boiler piping to some degree on the later. Unfortunately It seems that while masking poor near boiler piping and wet steam over a few years the mains and it seems dry returns develop leaks and usually just get repaired and no one really addresses the piping issue but some one got paided to install it originally and got away w it due to the cycleguard . On another note w all the cycling you really have to hang out to make sure the mains and radiator vents are working properly and closing and not passing steam but in a deferred maintenance world who s gonna pay for that ? Lol peace and good luck clammy
R.A. Calmbacher L.L.C. HVAC
NJ Master HVAC Lic.
Mahwah, NJ
Specializing in steam and hydronic heating 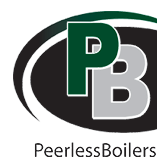