Precaud Member Posts: 341
October 10 edited October 10 in Strictly Steam
I'm about to install a GVD-6 vent damper and new thermostat in my steam system, and thought I should get some input about how best to hook then up. The old tstat only had battery power, while this one (Honeywell TH5110D) can use either batteries or the 24VAC. Here's a diagram of how things are wired now. 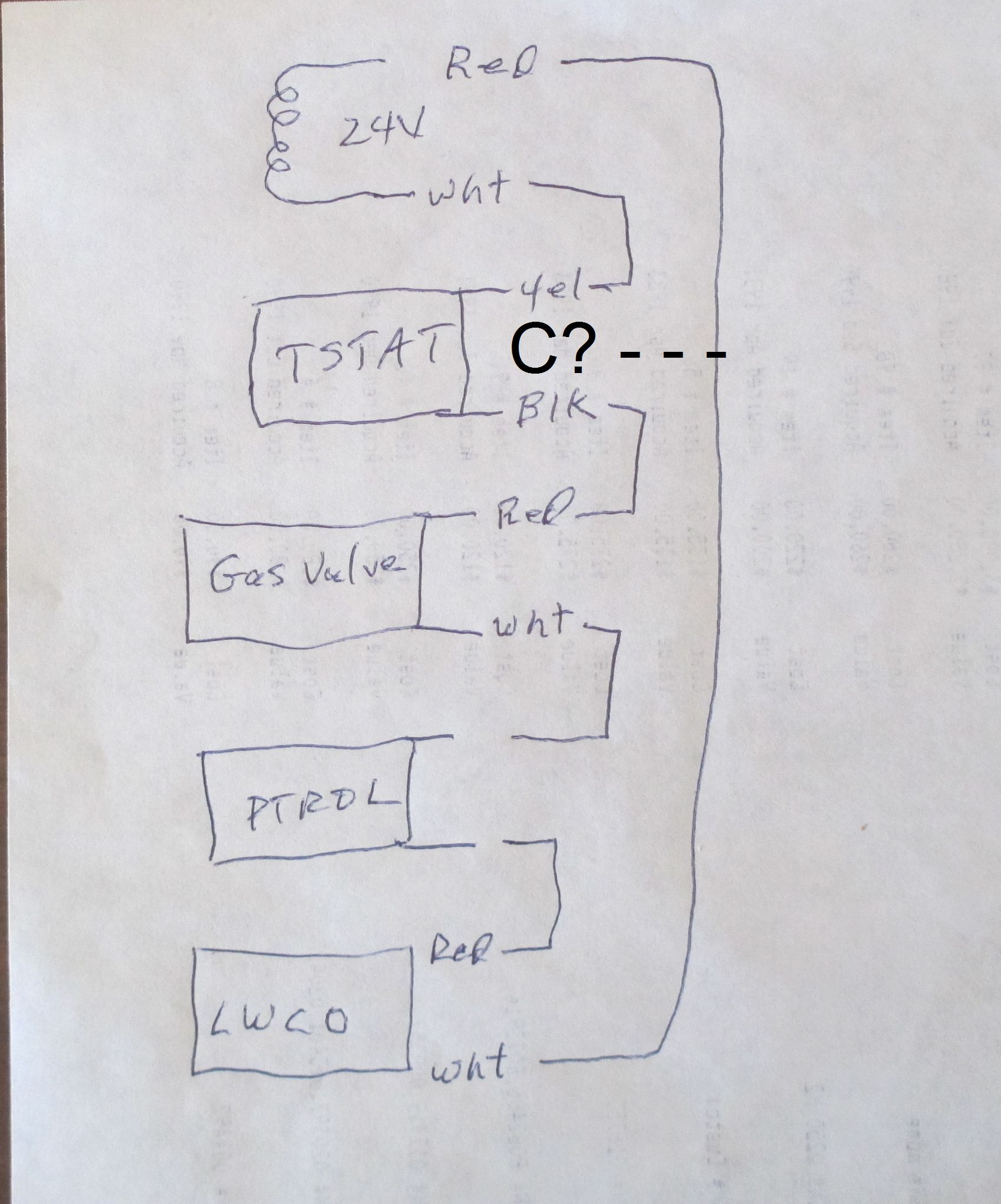 As you guys probably know, with AC coming out of a transformer, there is no defined "Ground" or "Common", it can be either side. So how it's wired probably decides which is which.

1. My guess is, the red wire out of the xfmr is the most likely "common", yes?
2. So, if I want to avoid using batteries to power the tstat, then the red wire gets connected to the C terminal (common) on the tstat, yes? (This is pretty obviously so but I'll ask it anyway)
3. What's the best way to hook the vent damper relay into the system? Insert it anywhere in the series daisy chain? Or outside the loop?

TIA for your input.