D107 Member Posts: 1,726
September 2020 edited September 2020 in Plumbing
Expecting a plumber next week to troubleshoot the black ooze and slow draining problems from our upstairs bathroom sink. I've been told that galvanized piping can cause this. It's possible that behind the sink wall there is a galvanized waste pipe a few feet long. Not sure what other causes there could be. Liquid Plumber used to work, but now no effect. I used to snake the line, but real tired of doing that, and the black ooze would still return all the way up to the sink every few weeks. Even all around the periphery of the sink where it meets the granite top I have to spray water and bleach to keep it under control.

I'd also want to install a mini-vent, even though the fixture is wet-vented in the basement. Plumber says as currently set up, no room for a minivent. Would have to be done on other side of the wall with a service panel. (Note: shower drains fine, so blockage is between sink and where it joins with shower waste line. Shower has its own minivent, hidden by the cellulose insulation.)

First photo below shows the wall years ago before vanity install, second shows vanity installed. You can see it’s PVC at the wall—but don’t know if that means for sure there’s not a galvanized 90 El and vertical line just after that. I guess the sink drain line could be opened and a flashlight could reveal that. 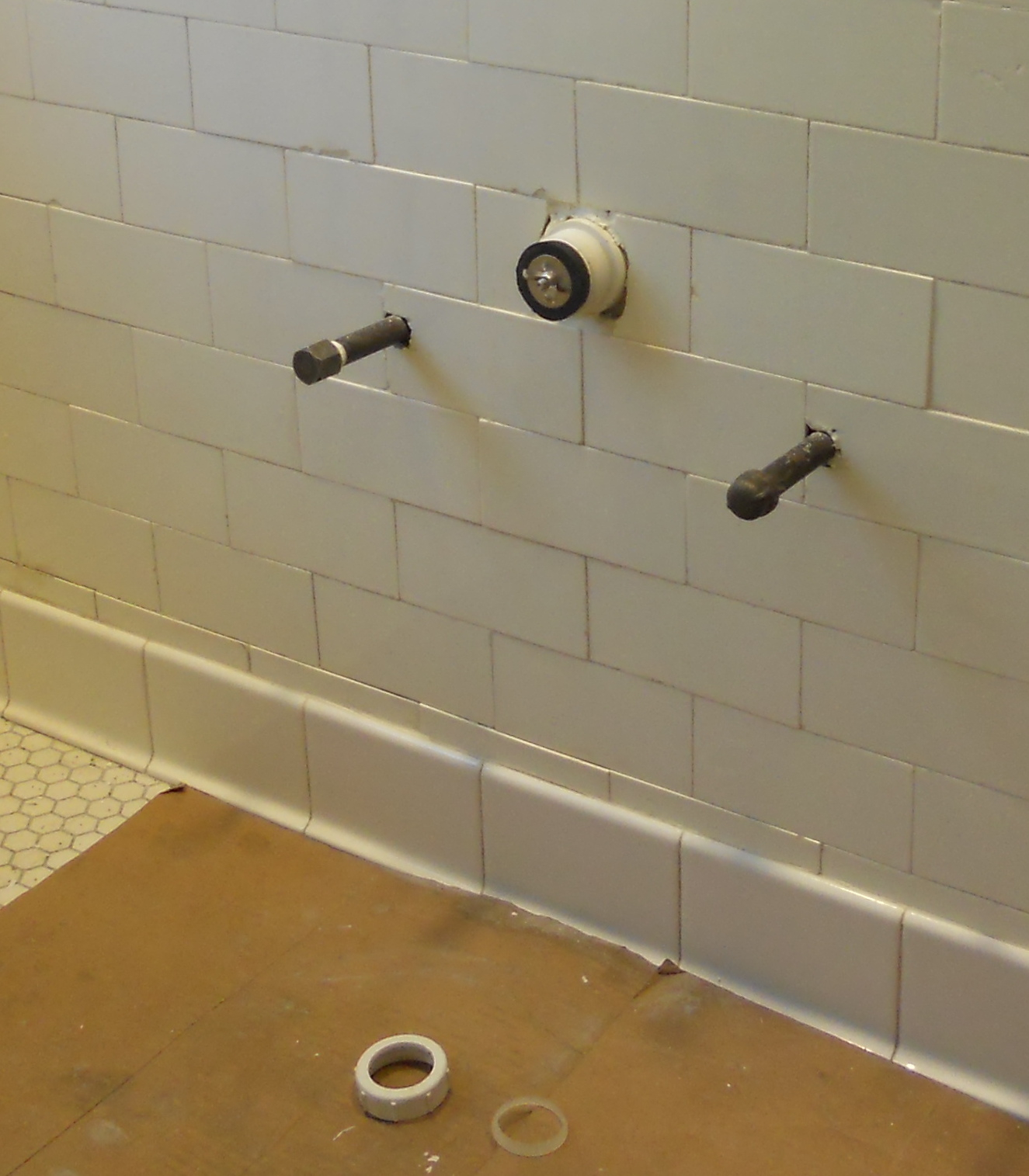 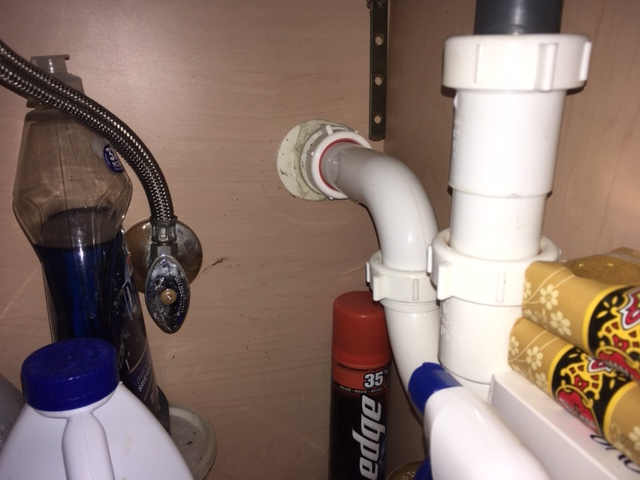 If it is a vertical galvanized line then we can access behind all from a closet. Prior owner says they never opened the bathroom or closet wall. I can't imagine how they would have been able to replace the original galvanized vertical line without opening up one of the walls.

Below is a photo of the 1st floor bathroom ceiling just below the upstairs bathroom which may show everything was done from below. Looks to me like new wood was put above toilet, which would indicate they opened up the floor, in which case line hopefully new copper would have been put in. Pretty sure they did a new floor as I think toilet and shower were moved. Since they went through the trouble of putting in all new copper wastelines, hopefully they installed it in the portion of the sink waste line closer to the fixture--not visible in photo. Note that the visible galvanized nipple has since been replaced with PVC. 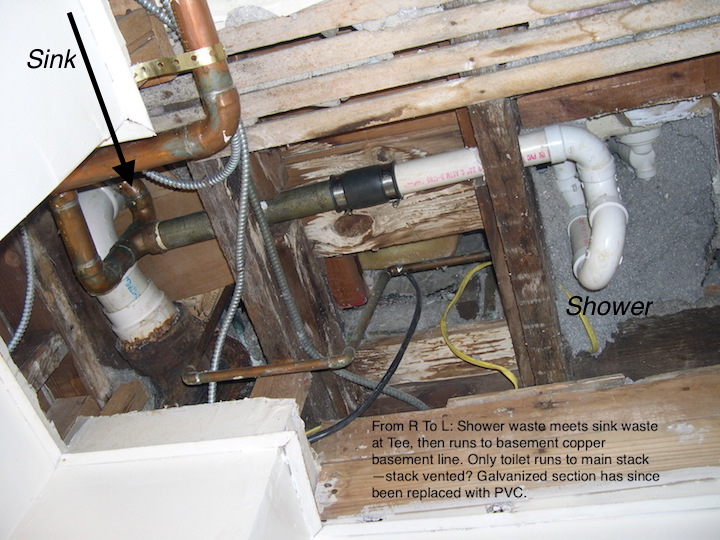 If we find that the vertical line in the bathroom just past the sink is PVC, then perhaps best to open the ceiling from below and see what’s going on. That might be a good time to install a service panel door in the ceiling.

If I want to peek through the sink waste line Tee into the vertical line, can I just loosen the fitting at the wall or must I loosen all the fittings, the trap, etc.?
0