The Wall
Home › Geothermal
Click here to Find a Contractor in your area.
Welcome! Here are the website rules, as well as some tips for using this forum. 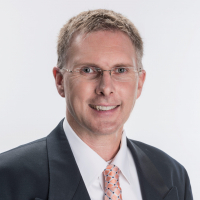 LMacNevin Member Posts: 2
March 24 in Geothermal
Has anyone seen a research paper or report about the required water velocity for flushing new pipes, before systems are completed? For example, steel, copper, or plastic piping in a building’s hydronic system, or buried pipes for a ground source geothermal system.

Looking for an answer in the form of a minimum velocity (and therefore gpm) to ensure the system is well flushed. This applies to pipe sizes 1 inch and larger, mostly.

Flushing with water is necessary to clean out insects, rocks, cigarette butts, lost nuts and bolts, pipe shavings, maybe beer cans, and other junk that gets into pipes during construction. Good flushing can prevent many mechanical problems.

The industry standard recommendation seems to be 2 fps, but this number was developed to flush air, not necessarily stuff. In the 100+ years of hydronic systems, I’m hoping that someone has done this type of study already, but can’t find it. Thanks
0 · Share on Google+