Steamhead Member Posts: 15,348
March 2020 in Strictly Steam
Looked at this system today, within sight of the Washington Monument. It was retrofitted to this early 19th-century building, using late 1920s-vintage radiators and Vapor specialties I've never seen before: 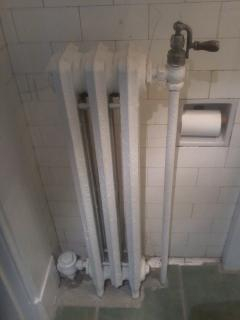 The traps have a weird bulge on the side opposite the spud. They are marked "Johns-Manville Radiator Trap" on the cap. Not sure what is inside, didn't take one apart today: 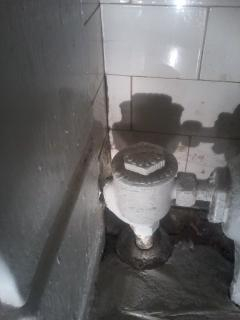 Haven't seen this valve either. It has no markings on it that I could see: 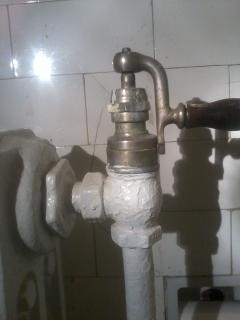 The front of the house has several indirect rads that have been disconnected. One has a J-M trap on it but the rest look like they were originally two-pipe air-vent. These have what look like Paul air valves discharging to the dry return.

There's also a Hoffman Differential Loop in the boiler room, and the piping pattern looks like standard Hoffman Vapor.

Currently, the system has steam distribution problems which we will fix with Big Mouth Crossover Traps, and the boiler needs attention. More pics to come.