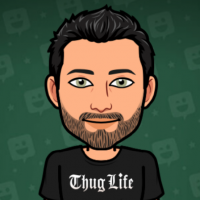 brandonf Member Posts: 205
February 2020 in Strictly Steam
Good evening folks.
Does anybody have any experience running steam pipes underground for short distances?
I'll be buying a house soon that has a 1000 square foot garage in the back.
It was originally heated with steam in the early 1900s.
The original system is gone.
I may not want to heat it some winters since there's nothing I need to keep from freezing so I was thinking to have the boiler in the basement of the house and run the steam pipes underground to the garage.

The basement floor is about 5 ft lower than the garage floor.
The garage is 35 feet away from the house. I know how people run water and Electric underground to buildings but I'm not sure how it works with steam.
The house currently has a steam heating system as well.
All ideas and thoughts are welcome.
Thanks
Homeowner, Entrepreneur, Mechanic, Electrician,