What would stop or slow flow in pipes?

DJDrew Member Posts: 61
January 2020 edited January 2020 in THE MAIN WALL
Hello,
Everyone on this site has been helpful as we worked through other issues with our heating system. I am hoping to get some thoughts on another issue we are trying to solve. We have an over radiated house with lots of cast iron, cast iron radiators, cast iron pipes and a cast iron boiler. From what we can tell, it was an old gravity coal system originally, two large pipes run around the perimeter, one for the feed and one for the return - each radiator has it's own tapping from those two pipes.

We have always had inconsistent heating of the radiators, so after some searching on this site, we suspected the pump was not sized correct, so we just installed a Taco 0010 pump based on the recommendation of this article matching up close to the EDR of the system. After the pump was installed, I instantly noticed most of the radiators in the house heating up much more evenly from room-to-room.

However, on half the house, two radiators were still significantly - nearly solid cold - compared to all the other radiators on the same circuit. These two radiators just happened to be toward the end of the same line. In feeling the pipes, I can literally feel the main feed pipe go from hot to luke-warm and then cool. I have included a picture with labels to show what is happening.

1) Does anyone have any thoughts as to what would be causing this issue to occur?
2) Based off the picture, is there an easy or feasible way to unscrew those unions and clean/check for issues?
3) Before the Taco 0010, we had a Grundfos 15-58F. If this was put on medium or low speed, those two end radiators would eventually get warm, but then all radiators in the house were heating up unevenly. So the new pumped fixed some issues, but exacerbated the issues on these two radiators.

Any thoughts would be greatly appreciated! 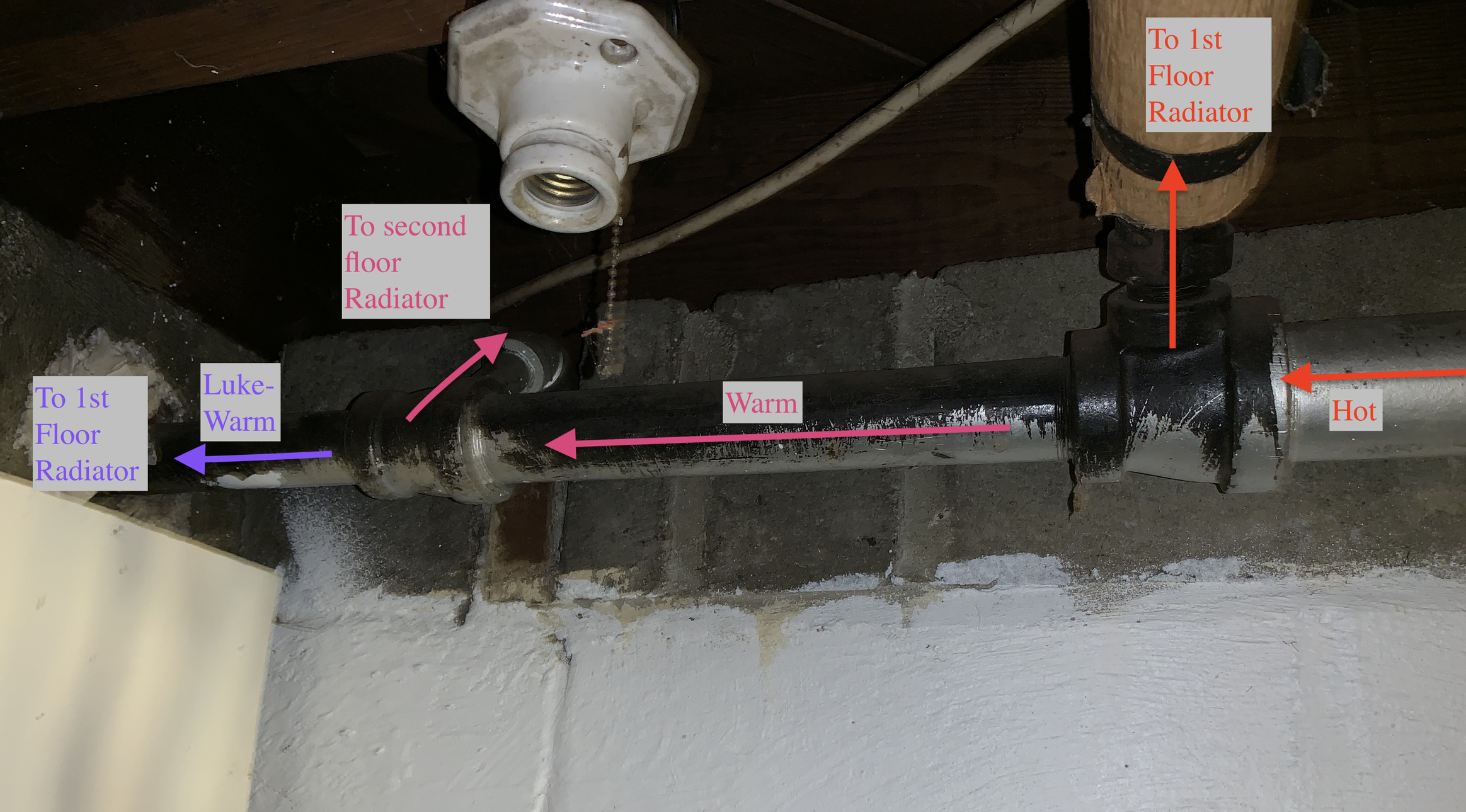