Slow loss of pressure - should I pursue repairs?

reedshea Member Posts: 2
December 2019 in Domestic Hot Water
My 1880s 3-story house has a circulating hot water heating system, with cast iron radiators on all floors and a 20-year-old gas boiler in the basement. The system slowly loses pressure. I'm wondering if I should be concerned, whether I should pursue repairs soon (or safely defer until later), or whether I should simply keep adding water to the system.

We bought the house over the summer. When I tried to bleed the 3rd floor radiators a couple of months ago, the system had a vacuum at the top and pulled air in! I tracked a problem to the pressure reducing valve (Watts model 1156F); the valve was full of dirt & sludge, but once I cleaned it I could then add water to the system from the street.

Replacing the pressure relief valve seems like an obvious first step. Should I do so soon, or wait until spring? Is it likely that there's another leak elsewhere? What else should I consider?

Thank you in advance for the advice! 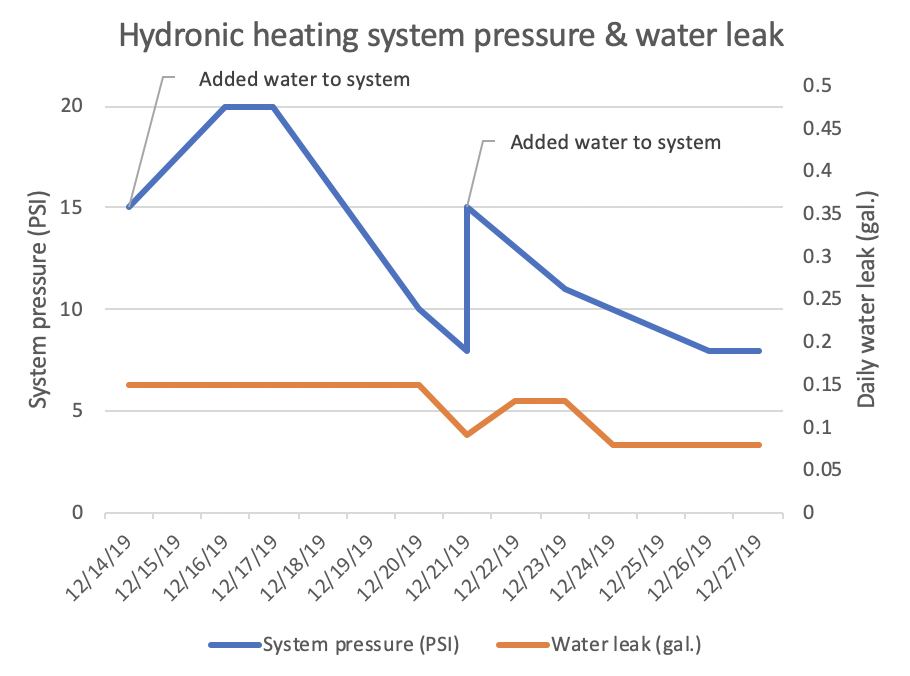