My last HTP, and some Cross manifolds! 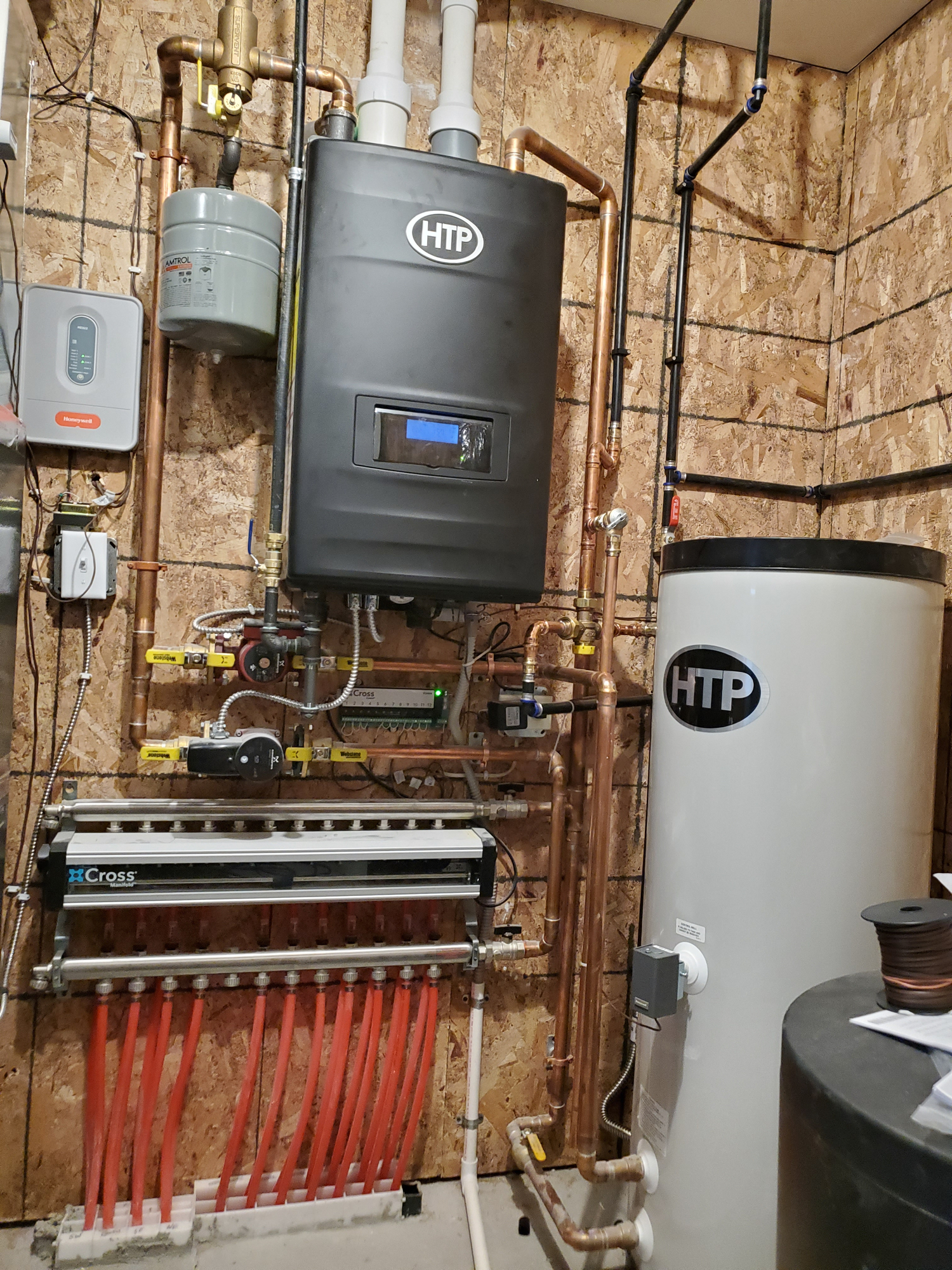 I piped this thing probably 2 months ago and got it running for the 4 zones of radiant (new 2500 sq ft shed/house/shouse deal) and have been waiting for the plumber forever so I could commission the indirect. Finally got back there last night and fired everything up and set the mixing valve, I must say I'm impressed and disappointed at the same time with HTP. I love these UFT boilers, but I have been having issues with availability (nobody will carry parts within 100 miles) and the online suppliers just aren't doing me any favors. Also this particular SSU-45 showed up with missing screws, a badly snaggled up sticker, and no control and I had to buy another one because they wouldn't make it right. Awesome combination here for functionality, but it's time to move on to something more available and that will stand behind their QC flaws. This is my 13th UFT for 2019 and they've all been great, just time to move on. A side note though, these Cross manifolds are fanfreakingtastic. Heavy and big, but awesome. I will never use actuators again if these continue to work the way they have been! And yes, I should have piped the indirect off the bottom ports but they didn't leave me enough room to do that.
0