D107 Member Posts: 1,814
November 2019 edited November 2019 in Gas Heating
Re: Atmospheric Boilers. I have heard of bypass piping, three-way valves, primary secondary pumping, buffer tanks, thermic valves, etc. I used to have a Buderus G-115 with its own Logamatic control that would hold the circulators back until the water temperature reached a certain level. I currently have a boiler with a Hydrostat that only will allow circulators to go on when water temp reaches 125º, but turns them off when it drops below 115º––but the holdoff expires after 15 minutes. I spoke with the Hydrolevel people and one tech said that their Circulator Hold-off is not a substitute for protective piping or valves. (It's described as 'enhanced condensing protection'.)

I found the attached table below online that shows the condensing temperatures of various fuels given different levels of excess air. If I measure 60% excess air in my boiler, then according to this table the flue gases will condense at 125º or lower.

So, if I'm visualizing this correctly, if 62º return water hits a firing boiler whose overall water temp is 125, then that firing may keep the boiler water temp at 125--which is on the border of condensing. But with the circ continuing to pump until water temp reaches 115, it would seem to me that the flue gases will start to condense. I understand this is normal or acceptable for the first ten minutes of a cold start heating cycle, but after that it becomes problematic.

I'm sure I've oversimplified or mis-stated some of this and would appreciate thoughts from the pros here. 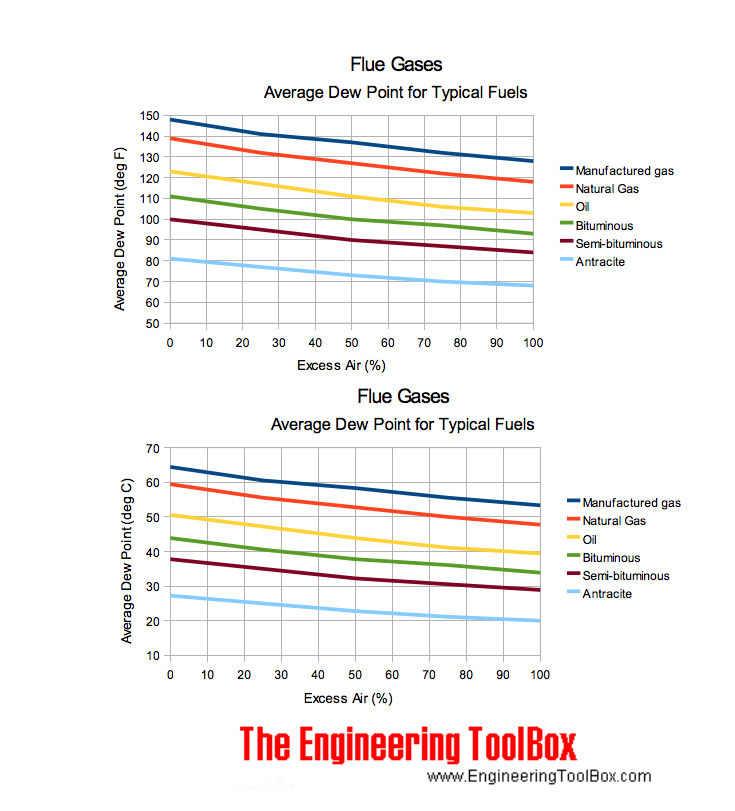