Gary_17 Member Posts: 37
September 2019 in Strictly Steam
Recently installed 2 heat pumps for this customer but they would like to use their boiler also. They’ve owned the home only about a year. Last winter they had constant problems short cycling from water level bouncing below LWCO and then flooding the boiler. They had 3 or 4 people look at it. I don’t know all the “fixes” they did but some were disconnecting the electronic LWCO and adding a mechanical 1, adjusting the pressure (at 1 point up to 9 psi!) and adding boiler treatment once a week.
I’ve attached a couple of photos. All the traps are there including the ones in the basement between the supplies and returns. As post title says the differential loop is missing.
They want an estimate to fix it. Can it work with no loop? Obviously it needs a vaporstat and the near boiler piping repiped. 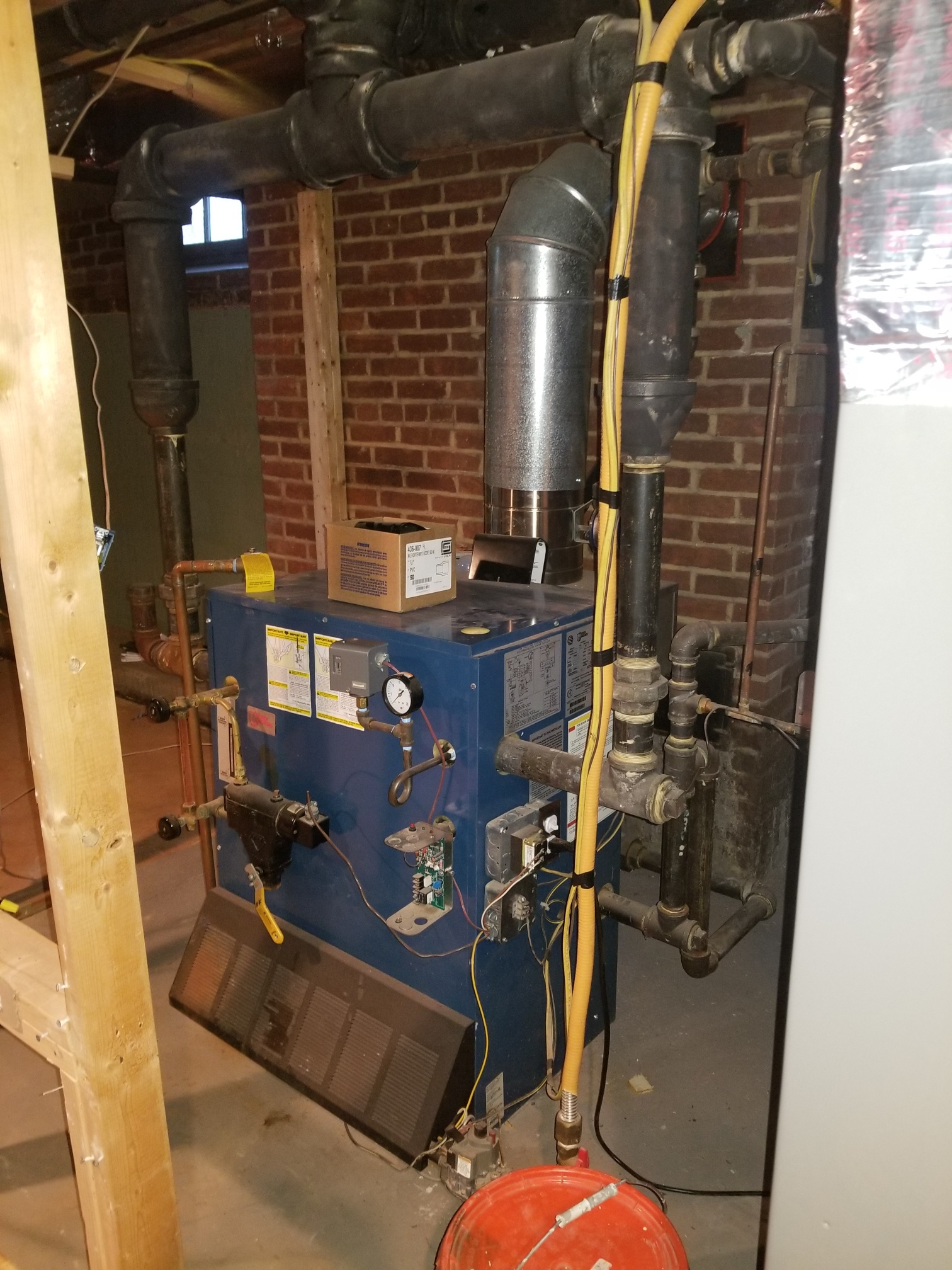 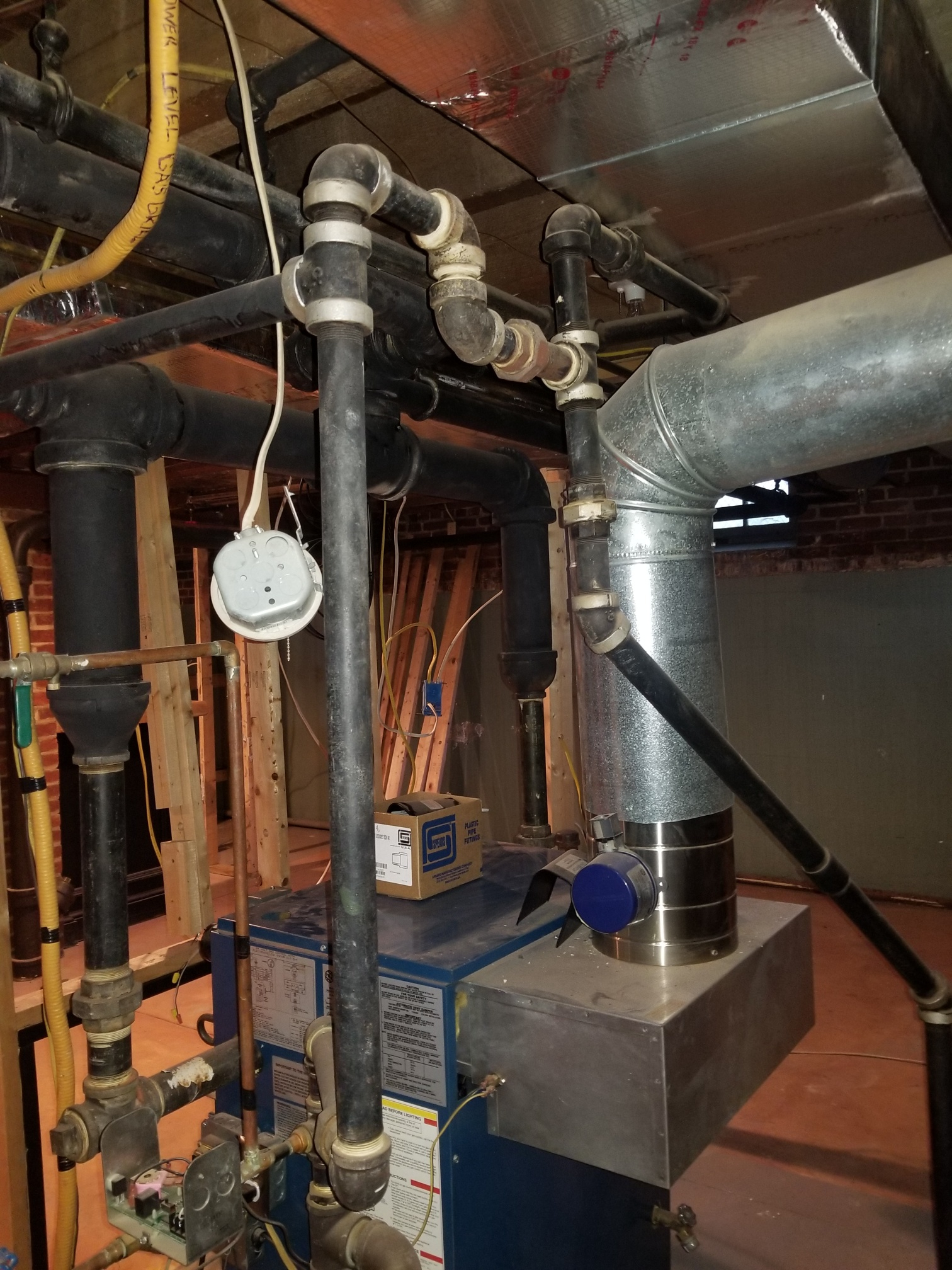 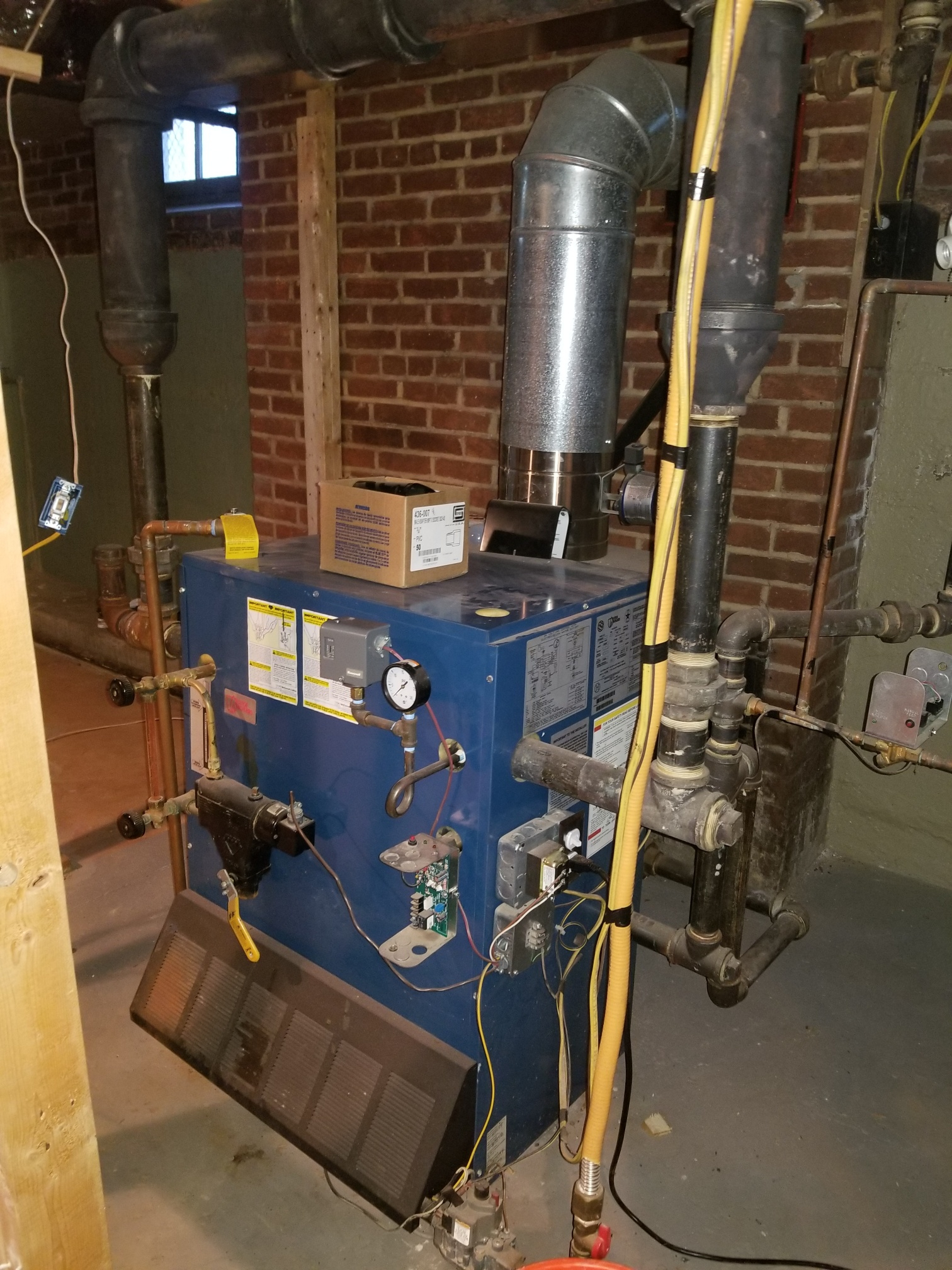