Can I figure what type was the original system?

DJDrew Posts: 46Member
May 2019 in THE MAIN WALL
We live in a 1938 house with radiators half-inset into the wall. A year and half ago, we had a new hot water boiler installed and in the process relocated the former boiler, installed in 1992, from sitting in the middle of the room to a side wall.

We were talking about the history of the house and the changes that have taken place since it was built in 1938... the coal room is no longer a coal room, the well room is no longer a well room, the basement fireplace built for burning garbage is now for ambiance, some idiot took the original slate roof off and put a shingle one on, etc. A question came up about the original heating system... was it two-pipe steam or gravity hot-water? The guy who installed our new boiler thought it might have been steam based on the black sludge, but admitted he was no expert on anything but forced hot water systems.

Would there be any clues I can look for based on some of the original piping and/or radiators? Attached is what the original piping looked like before we relocated everything to the wall (I should have taken more). All the radiators have a plug/screw midway up. The original pipes are pitched perfectly and get smaller the further you get from the boiler and at the end of the main lines are pipe nipples installed that do not look original to the other piping.

Really just curios if anyone has any thoughts or clues I can look for to determine the original system type. 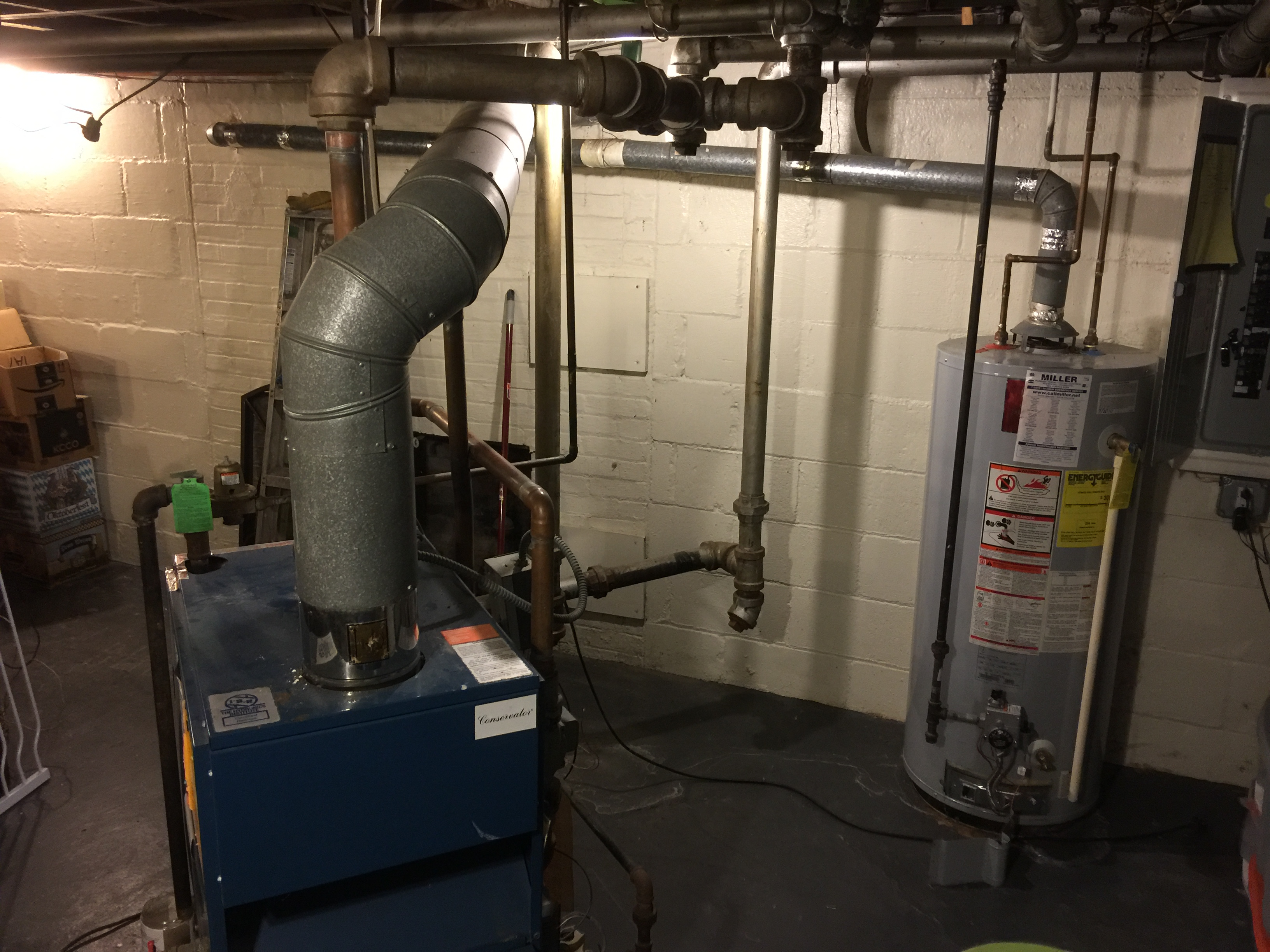 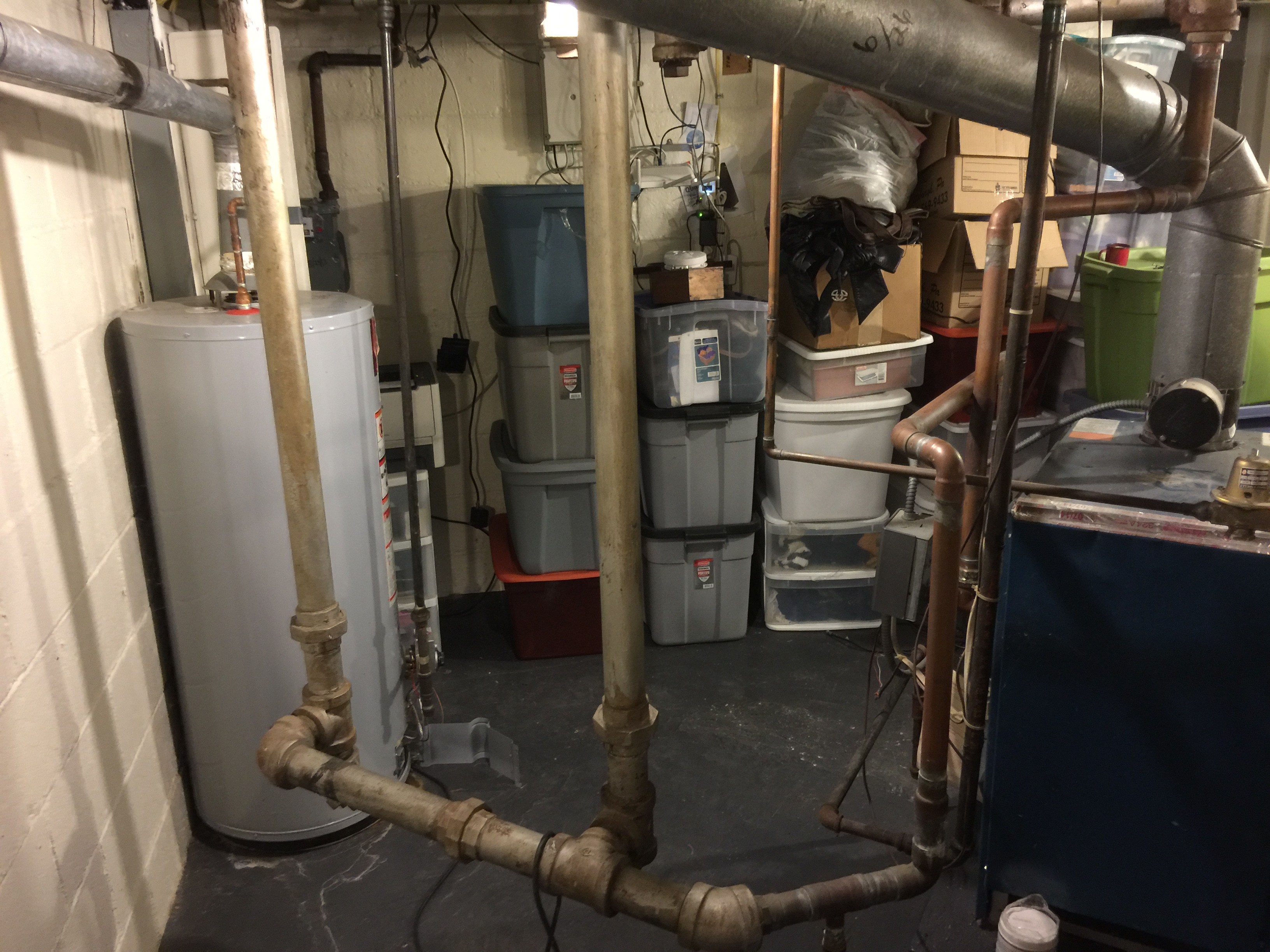 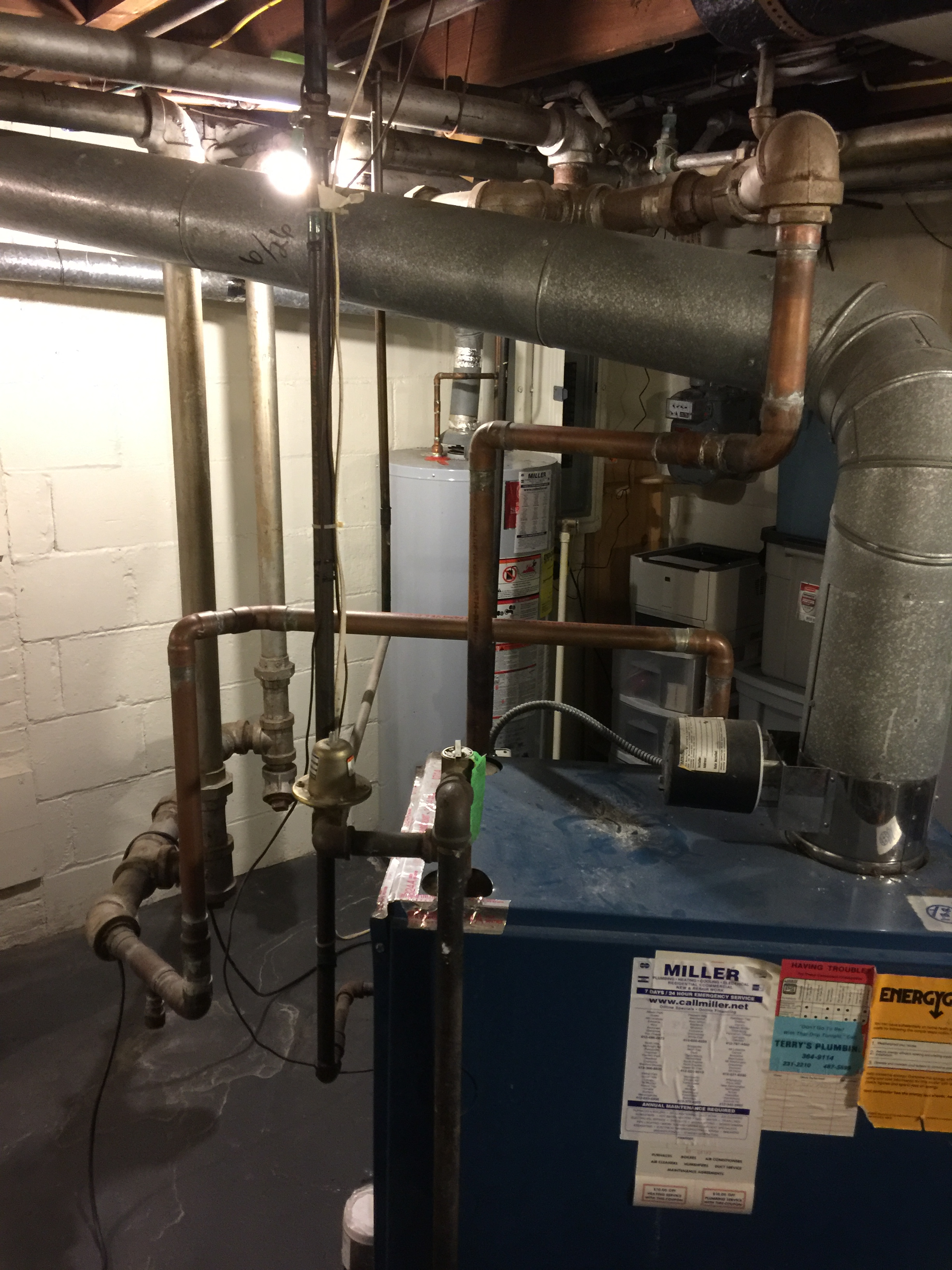 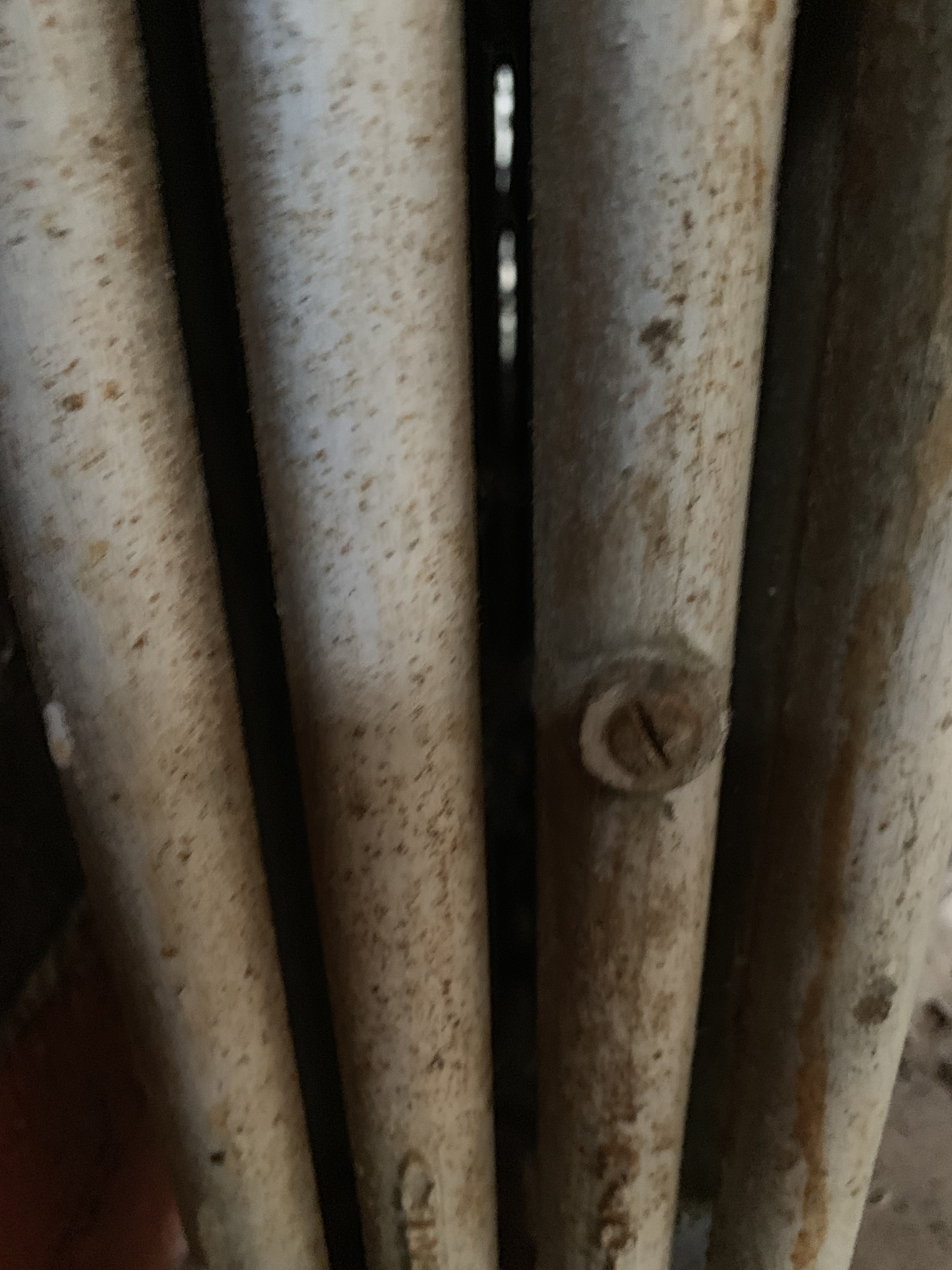 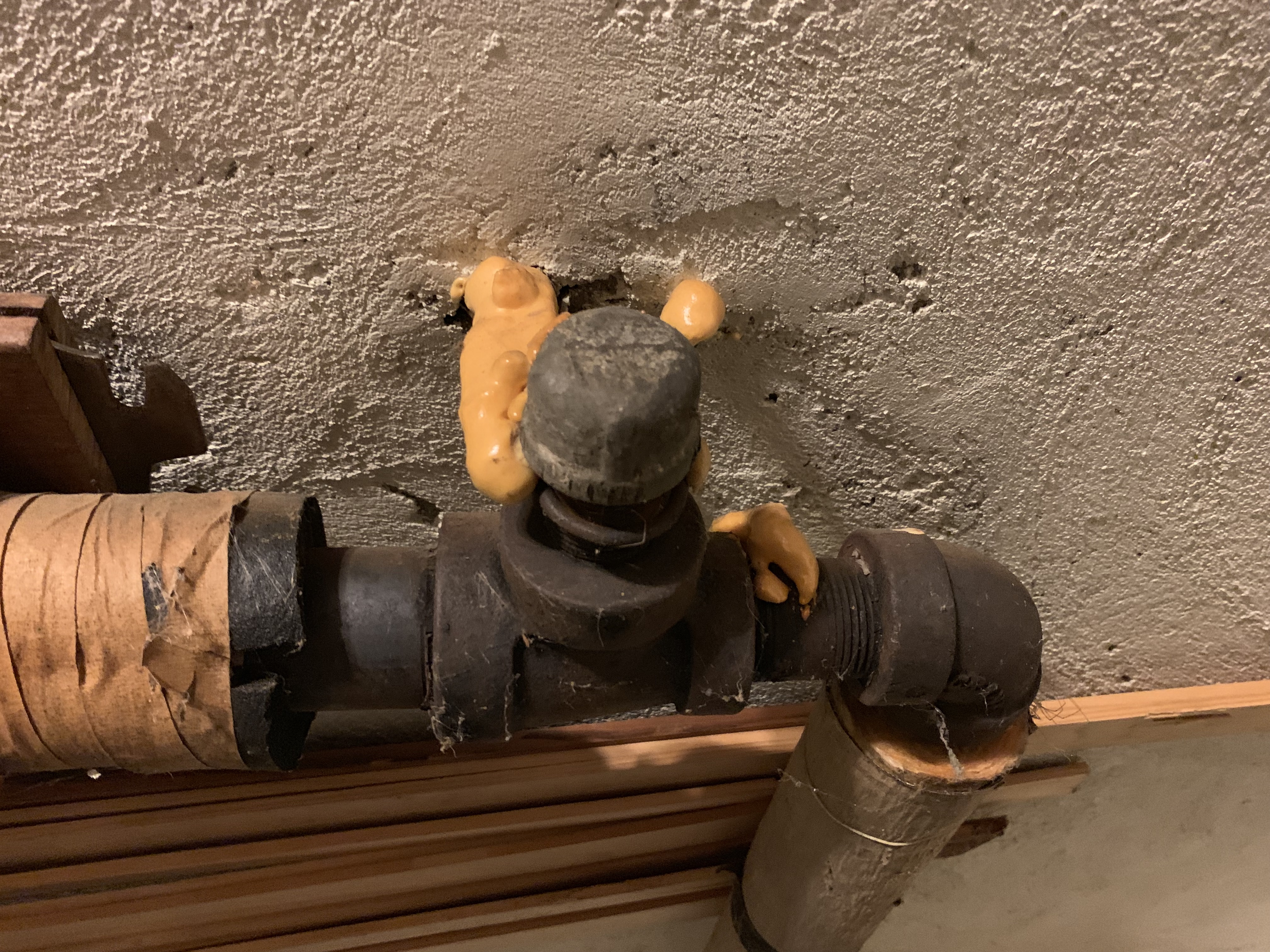