Adding radiant area to existing multi-radiator zone - am I missing something?

I'm in the process of planning a basement renovation and zeroing in on my approach to heating both my existing and the new space. On my first floor I have 7 CI rads on one zone, which cover about 1200 sq. ft. I plan to repipe the system with pex-al-pex homeruns to each radiator, so I can balance the flow to each radiator and tuck the tubing into the joist bays.

I will be adding a baseboard radiator in the basement, which will be run off of a new zone, using a zone-circ approach, which is straight forward enough.

When we renovated our living space a couple of years ago, we relocated the kitchen radiator to a new bedroom, and went to a more open layout. One of the consequences from this change is that the kitchen is a little cooler than the rest of the house. It's not too uncomfortable, but it's not ideal. I'm thinking that this is the ideal time to add radiant heat under the kitchen, since I'll have access to the joist bays under the kitchen and will be re-plumbing the system.

Since our living space is currently one on zone, and the thermostat is relatively close to the kitchen, I'd really like to add the supplemental kitchen heat to my existing zone instead of adding a new one, and unless I'm missing something, I think it's pretty straightforward.

Could I just tap into the radiator return manifold to supply the "hot" water to my radiant mixing valve, and then have the return from the radiant loop tie into the return header at the boiler? My thought is that by adjusting the setting on the mixing valve, and/or the water flow through the radiant loop, I can tune the system to throw off just enough heat to make the kitchen more comfortable, and be roughly the same temp as the rest of the house. In this setup, the radiant floor and the CI rads would all be heated simultaneously.

My thought is that by using the CI radiator return as the radiant supply, the mixing valve won't have to use as much cold water to lower the radiant temperature, conserving water and energy. And by introducing the radiant return upstream of the zone 1 return, it will mix the two loops prior to returning them to the boiler, so the boiler never sees just the cooler water returning from the radiant loop.

The other, maybe simpler option, could be to just add a hydronic toekick heater in the kitchen, but where's the fun in that?

I've attached a proposed schematic of the system, as well as a 1st floor layout. The kitchen is in the top left, with the proposed radiant area shown w/ a red loop. The other radiators are shown in red throughout the house. Thanks in advance for any support! 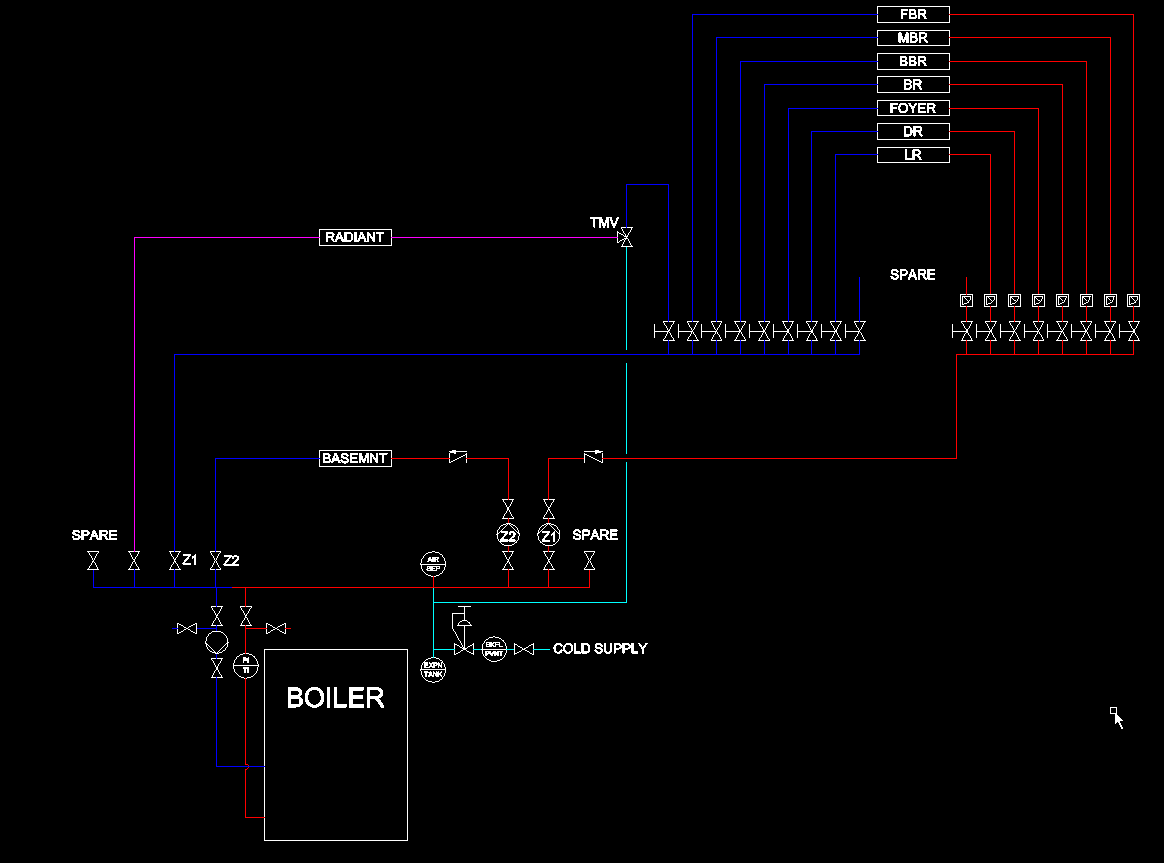 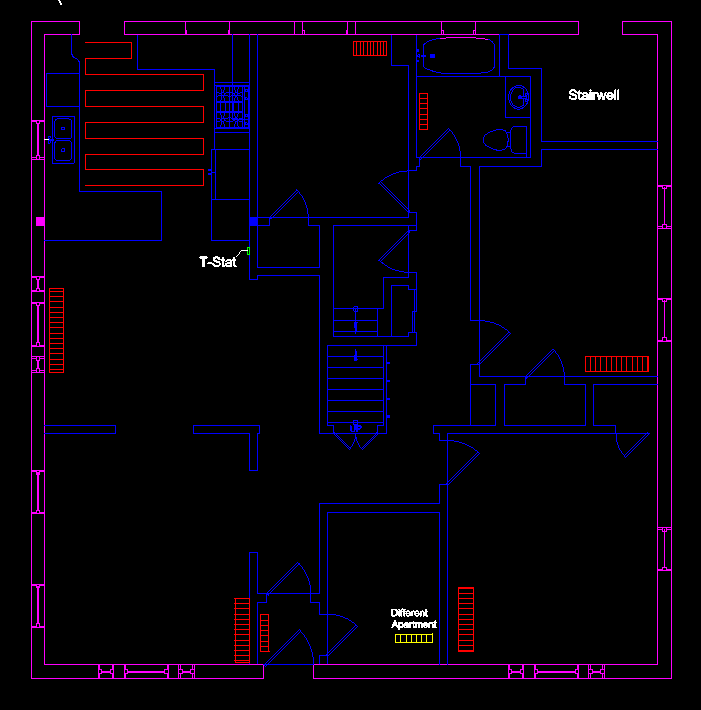