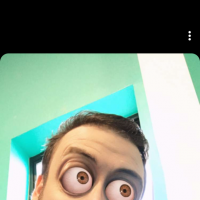 cashheatandactech1 Member Posts: 10
January 2019 in Gas Heating
Hello, i am a service tech for several styles of equipment.
i am preparing to go look at a kettling hot water heating boiler , that has a definite history of having air in the system.
Owner has had to bleed air from a couple of areas in house several times a year for a while (only owned house 2 years).
I think at this point the noise from the kettling boiler is the main complaint.

My thoughts in the past were that if a boiler was making kettling noise, then the boiler was limed up.
BUT , i have a fellow service tech that had kettling on a new install , and his turned out to be not limed up (obviously due to age of boiler) but it was that there was no air removal device and he did a poor job of bleeding the system. Once he got the air out the system the kettling stopped and problem solved.

On my near future service call here , i believe that there may be a leak in the system , or that the fill valve is overfilling and then maybe the safety relief is blowing. Either way i believe the system is turning over a large amount of water. Hince to addition of air to system. And the boiler may be limed up or it could be just too much air in the system.

I am going to tear into the system check it out , test for leaks and investigate the air removal potential of the system, and try to decide what's going on.

I was starting this discussion to see if anyone had any advice or feedback on kettling, system air, and de-liming do's and dont's.