gardenweasel Member Posts: 24
December 2018 in THE MAIN WALL
I changed my near boiler piping from being hooked straight up to my old gravity pipes to primary/secondary by adding a second circulator and an ESBE valve, with the goal of getting return water temp up to where it should be.

It worked like a charm, the boiler rockets up to about 160 and then the ESBE starts letting return water in. Once that starts, though, the boiler loop's circulator starts sucking in air and making a ton of noise that reverberates through the pipes and radiators. By the end of a long heat call it mostly subsides - I assume because the ESBE is mostly open due to return water being hot enough. But then on the next heat call it starts all over again which I don't understand, because it seemed to get the air out of the pipe by the end of the previous run!

The air seems to be between the first closely spaced tee and the inlet of the ESBE. The "house" loop of the old gravity lines isn't moving any air around. The boiler loop doesn't start making any air noises until the ESBE starts to open.

I hope it's something as simple as needing a fitting with an air vent and that I didn't screw this up somehow. See the attached pictures. I feel like I did this mostly right because I did a ton of research before starting, between this forum and Dan's books Classic Hydronics and Primary/Secondary Made Easy. Thoughts? (And PS - I know it shouldn't be Romex going to the circs but my hardware store was out of armored cable by the foot and I didn't want to buy a huge roll. I'll be going back in to change that...) 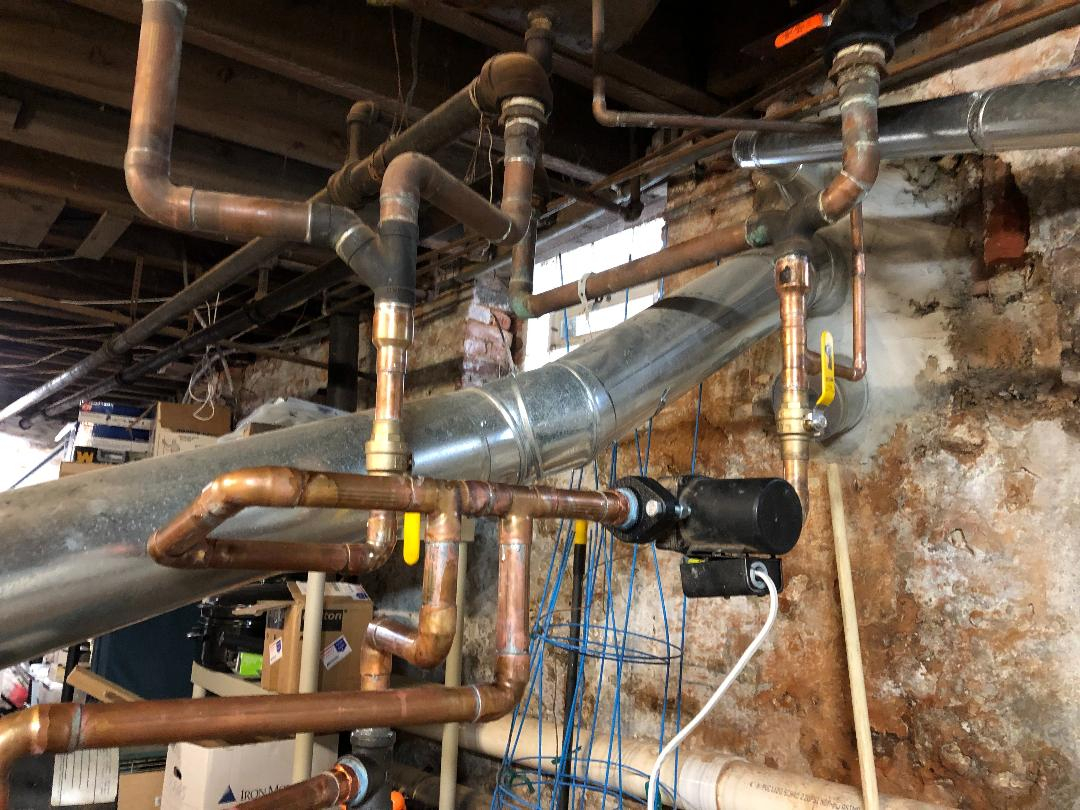 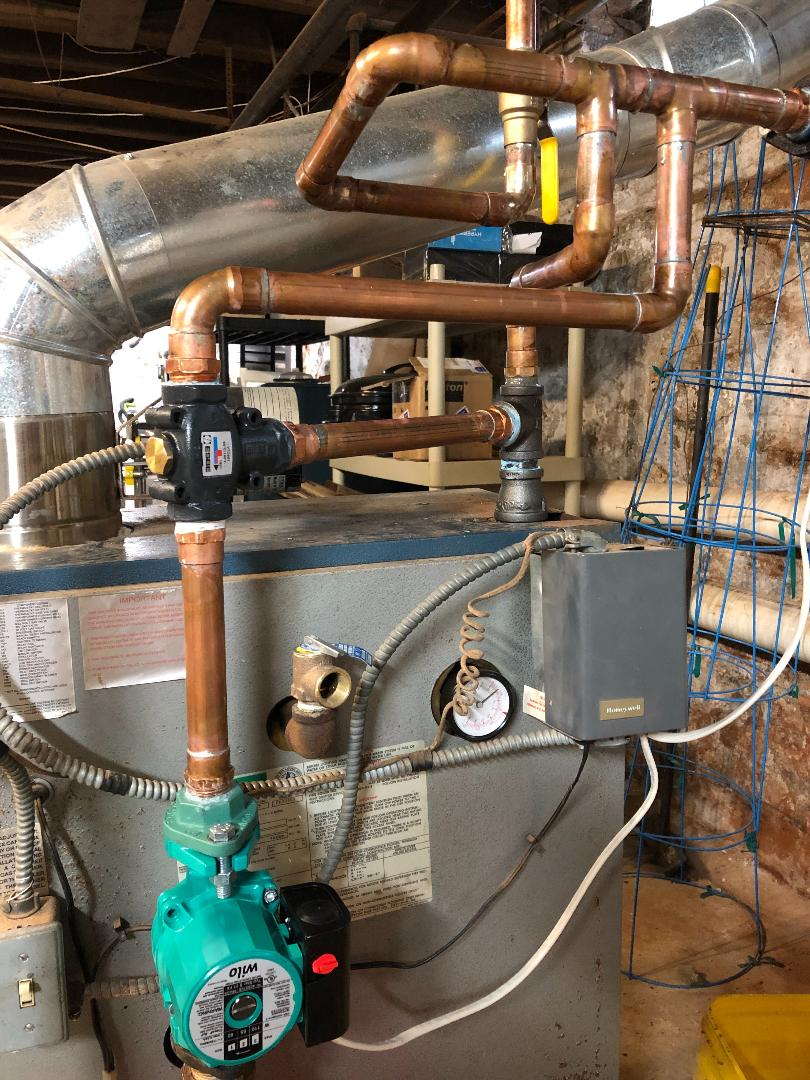