I see many helpful and smart people responding to others who are having all sorts of problems and I come brining a bunch of problems on a new instal that were making the Bosch technicians on the phone complexed.

Brand new Bosch Combi 151 ZWB42-3 finalized and started up late at night 12/12. Installer ran did everything he needed to do and everything worked. Until the problems started.

12/16 - About 11pm noticed no hot water and house was getting cold. Checked the unit. Displayed EA error. Reset. Booted back up, checked on it a few times before I went to bed. No errors.

Installer came that night, checked a few things, called Bosch, they had him check a few more things and tests and ultimately deciding to change the computer board was the first step.

12/18 - Installer came back replaced the board. Soon after restarting FA error again. Called Bosch, tried a few more things and then they could only think that the gas valve needed to be replaced.

12/19 - Installer came back with new gas valve, called Bosch, checked a few more things again and they told him to go ahead with changing the gas valve. Booted back up, no FA error, I thought the nightmare was over. Called for heat and hot water all looked good.

12/20 - About 11pm - EA error this time. Reset. Called for heat and hot water, stop the call, rinsed and repeat a few times to see if the FA was going to come back up. Nothing after two hours. It stayed running.

12/21 - About 6am - EA again. Hit reset, called installer to inform him. I went to work. Wife checked and about 12pm EA again. Hit Reset. Installer couldn't get to house. 9pm EA again. I pulled cover off, hit reset and the only thing I observed is it seemed like it was having a hard time lighting up. Hard to explain but almost like gas stove burner. You could hear the unit trying to rev up but flame took a bit longer to light.

Bosch did have the installer look at the electrodes before replacing gas valve on 12/19 but everything looked good.

The installer hasn't been able to make it back yet. So he hasn't had a chance to call Bosch to update them on this EA error but the last time he talked to them before replacing the gas valve, they said if that didn't fix it they may have to send out one of their people because they couldn't understand what was going on.

I am posting this for a couple of reasons. To see if anyone ever ran into this many issues like this with a brand new install. To maybe help someone in the future while I keep people updated on my situation. And to see if anyone has any ideas.

I know its hard to help without getting hands on and I still have my installer who needs to take a look at this EA error but unlike the FA there doesn't seem to be any way to make it go into the EA error. Or at-least, that I know of.

The other question is how strong should the gas smell be from the outside exhaust pipe? Its a short run from the unit to outside and if standing in the right spot, there seems to be a strong smell when the unit is kicking on. No smell inside the house.

Thank you for reading and any information you could provide. I posted some pictures below and I will keep this post updated as we move foward.

Picture of install. Before any errors and before installer ran drainage to pump. 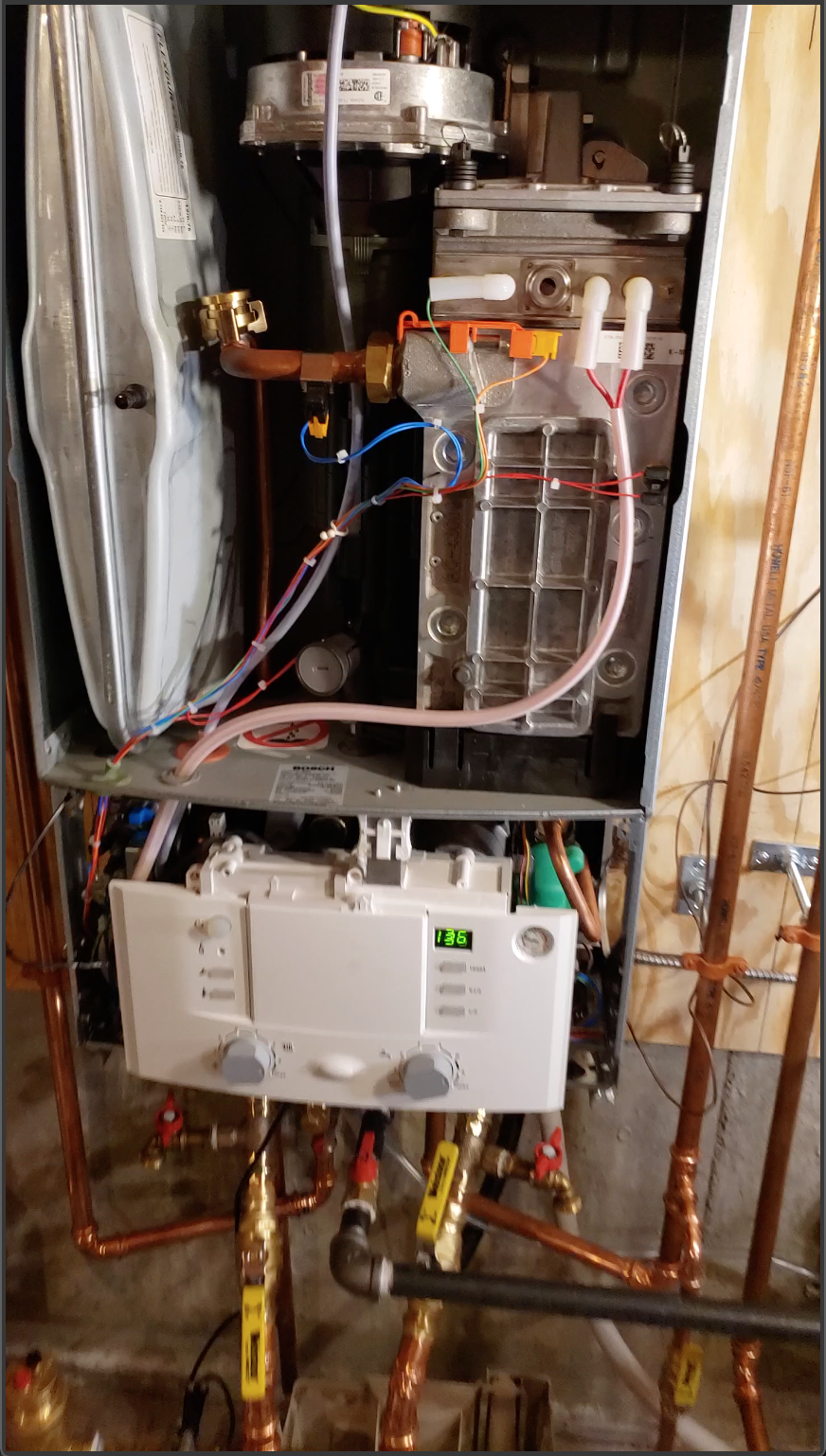