Making many changes to my home. Looking for professional advice. 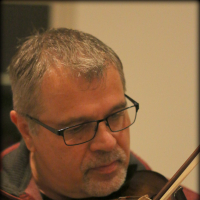 starise Member Posts: 4
October 2018 in Gas Heating
I was heating with a heat pump I installed. I am a licensed HVAC person and I live in SE PA. Now into building
automation for a year, so no longer in the field directly.
The heat pump works great until about late December. I then use my baseboard heat with a 114,000 BTU oil burner until about March when I switch back over to Heat pump again.

As you might know, service on oil burners is much more intensive than service on comparable gas units. My oil burner was installed in the 70's and needs some repairs, so I've been contemplating replacing it for a few years with propane. I have other motives in this decision since I wanted a gas range and the ability to heat my home with minimal hassle in the event I lose electric power since I live out in the country.I also have a gas fireplace on a 150 gallon tank. Long story short, I figure going to a full propane setup is a good idea.

Don't try to talk me out of it, I just had a 500 gallon tank delivered to my home, the lines dug to my house and had it filled

I also recently added a 24 x 14 addition to the back of the house presently unheated. The original concrete pour had no insulation under the concrete, however I have a slope to the pour with 5" on the deep end and abut 3" on the shallow end front to back. I went ahead and bought 2" load bearing foam insulation to place on the floor in anticipation of another pour to both level the floor and add radiant heat.That room will also have a dedicated heat pump since the house system won't be large enough to handle it.

I have several issues I'm kicking around here, one being radiant heat is 90-110F usually so I will need to somehow use a mix valve to bring my 160F radiator temps down. I have looked at some of those setups. This decision will tie into my choice of a boiler.

Another issue I hesitate to mention because it burns me every time I think about it is when I added the gas fireplace
I accidentally drilled the hole for the gas line through the terra cotta in the adjoining chimney. The one that serves the oil burner. Soooooo.... I temporarily fished enough metal pipe up into the cavity to get me past the broken sections. Last year I bought a 6"chimney liner, got on the roof to fish it down and it wouldn't fit. I ended up selling it. Chimney opening was plenty large enough, but the masonry made a difference in hole size. For this reason I'm kicking around the idea of venting a 95% boiler and purchasing a 5" liner instead of the 6" that wouldn't fit or simply venting with pvc out the side of the house.

As someone who has serviced furnaces and boilers I am not overly impressed with the smaller hang on the wall types of units. Many are made outside of the US and parts could be a major hassle at some point. Yes they are efficient, however there is something to be said for mass in a heat exchanger. More parts means more to eventually go wrong. At this point I'm even thinking of taking a 10% hit on efficiency to avoid all of the issues that can exist with the new condensing boilers and getting older more proven tech. , or a combination of the two. I am hearing of people two or three years out having trouble with these units. The old cast iron and steel heat exchange units are tried and tested over time. Like 30-40 years or more on many units. The condensing units offer a few years warranty whoopeee. I don't want to hear , "We don't have the part because it's on the slow boat from Korea". Especially when it's -10 outside.

Anyone who would care to comment on the new units .vs older units for longevity and dependability? How have your experiences been with service and parts on these kinds of units? I'll be honest, they look flimsy to me. Are we now making the "throw away" furnace?