Does This Look Correct?

mattstuff Member Posts: 5
April 2018 in THE MAIN WALL
Hello All,

I have been getting a lot of great information from this site so I wanted to say thank you! When we made an offer on our house in 2016 it had a used 2009 Viessman Vitodens 200 that the prior owner had installed in 2012 along with new pex distribution piping and slant fin baseboard (I think it was replacing an old gravity hot water system). As part of the closing they had the boiler serviced and according to the paper work it had "burner cone damage, coil plugged, extremely noisy fan, condensate trap full and were unable to get a accurate reading on the combustion". The prior home owner went ahead and replaced the boiler with a new HTP Elite Fire Tube Combi 140w with an outdoor temp sensor. 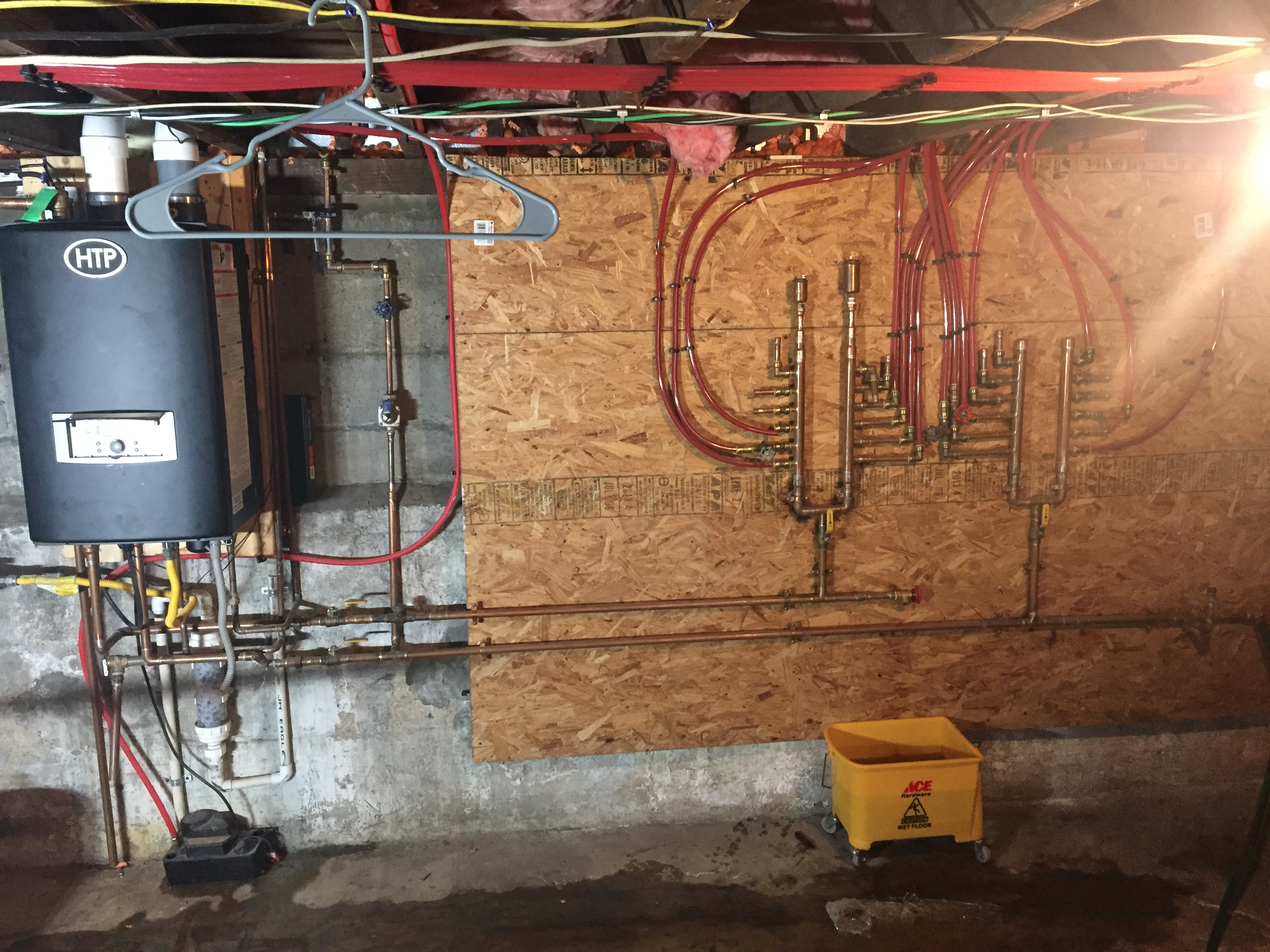 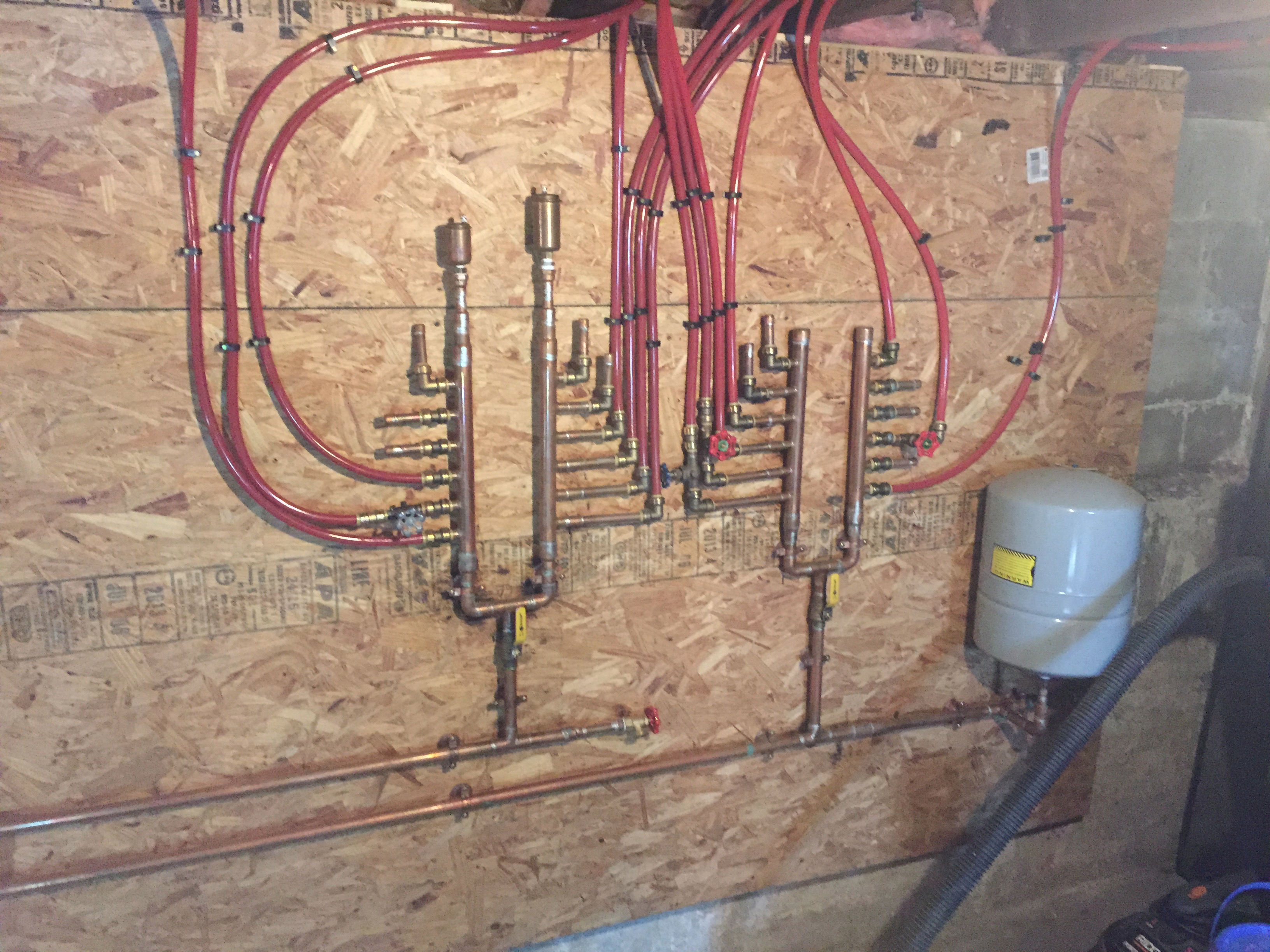 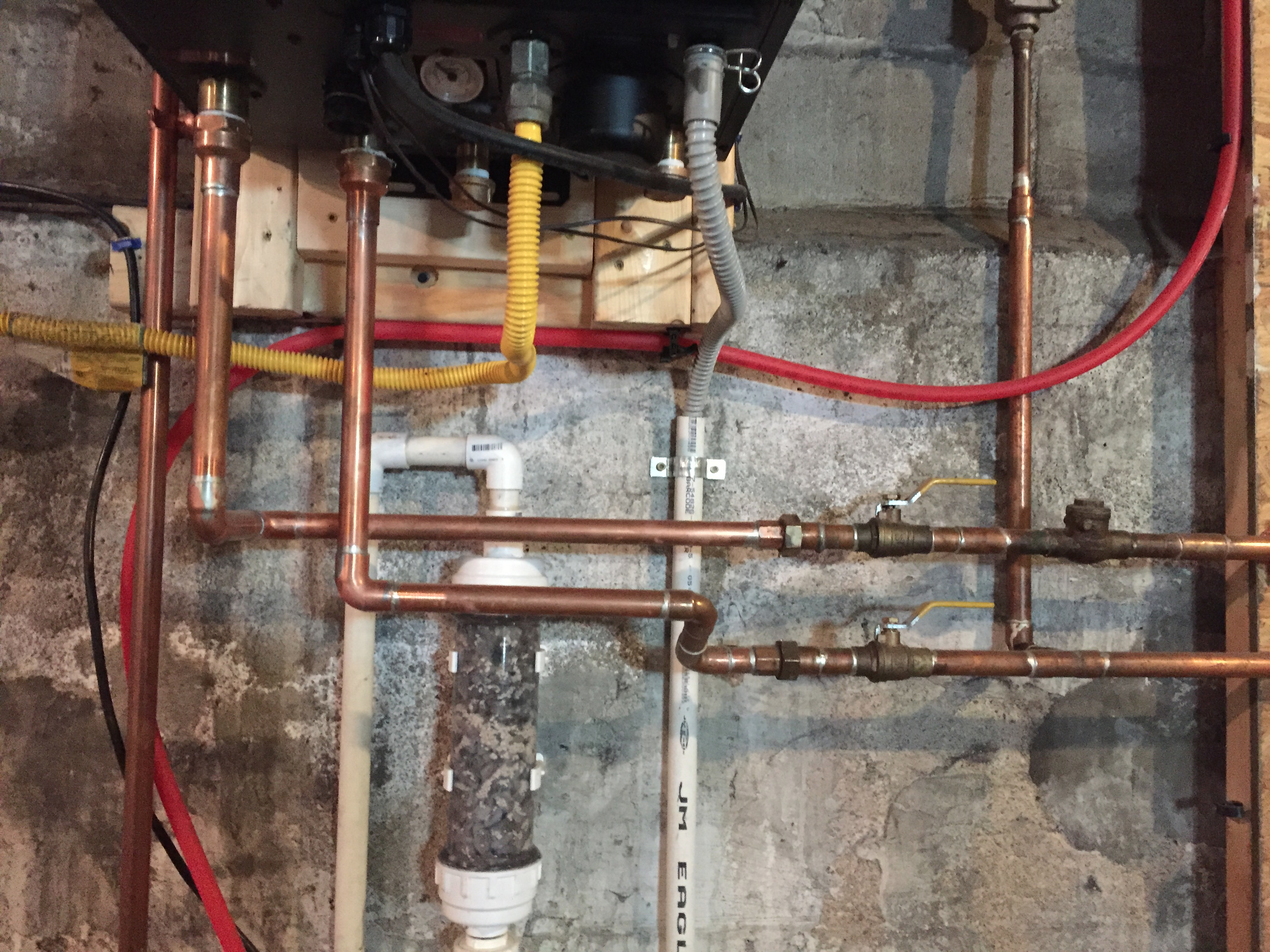 Mostly we heat the home with a wood stove and the boiler serves to keep the the house from ever dropping below 55 which so theoretically it should hardly ever run. I was surprised and concerned when we had the cold spell last January to hear the boiler turn on and run for around 45 second before shutting down over and over again. I would estimate this was occurring 6-12 times an hour and it was happening when there was no call on the thermostat (house temp in the low 70s, t-stat set at 55 and outside temp between 10 and -15f). I also had a giant ice mountain under the exhaust vent for the boiler.

I started looking the the manual and found that the way that they had plumbed it directly from the boiler to the heat distribution manifold was not how the plumbing diagram showed it should be plumbed. It also said in big bold letters to use a minimum 1" pipe and it was all in 3/4". I was having a difficult time trying to get a heating contractor out to the house because of the extremely cold weather they were all booked unless it was a emergency call (understandably) and this problem was driving me mad. My main concern was the wear and tear the cycling was causing on the boiler so I started researching on my own. Thats when I found this great resource and learned all about the advantages of primary/secondary and mod/con boilers. I also contacted HTP support and they advised me that the root of the problem was the direct piping.

I made a trip to the local plumbing supply outfit FW Webb, and working with on of there salesman got everything I might need and did my best to plumb it with how HTP recommended (side note: my experience with FW Webb was amazing, they really took the time to help me figure out what a needed and too fully answer all of my question). 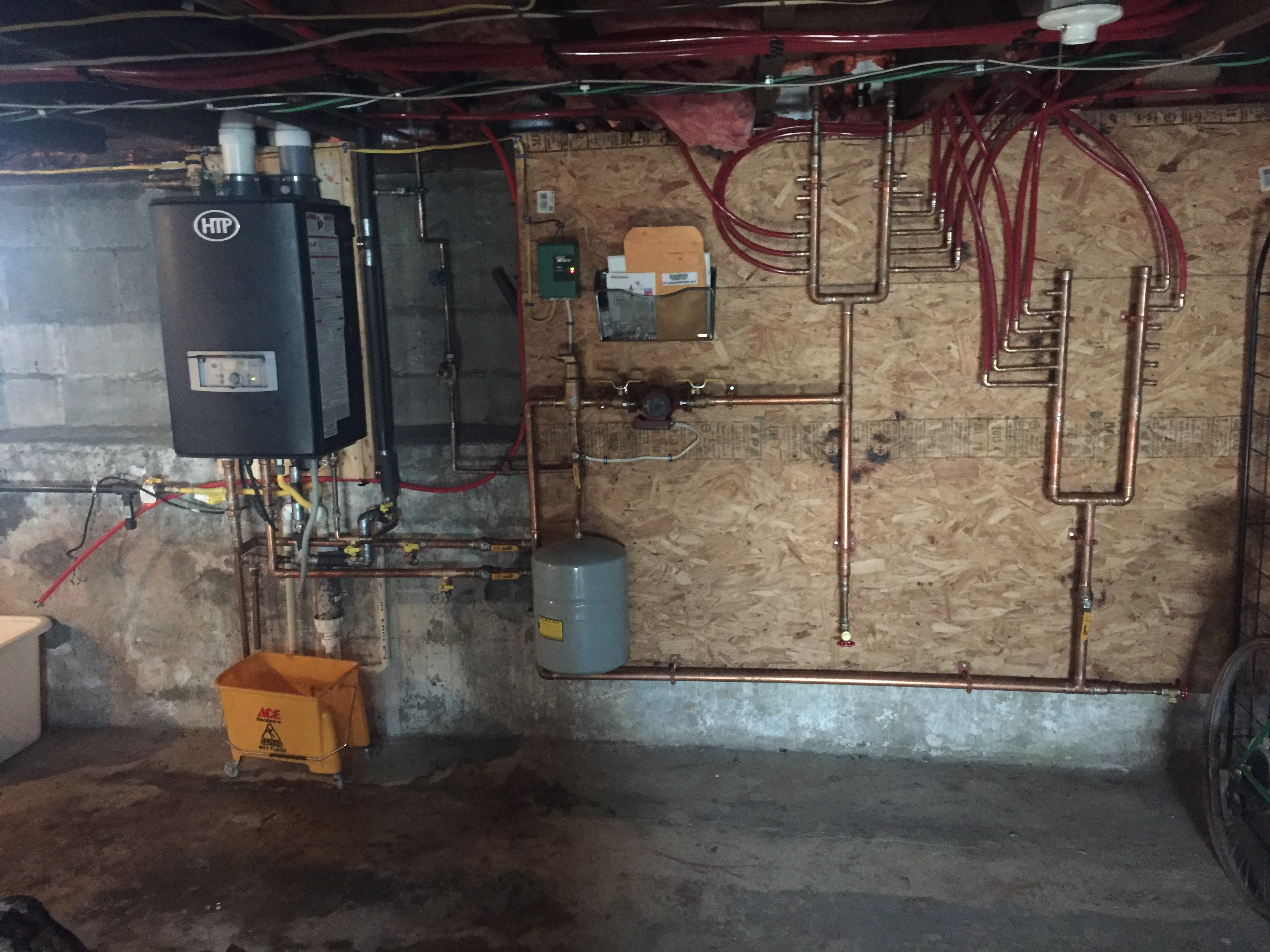 This seems to have solve the short cycling issues but I'm pretty sure the boiler is way oversized for the house (when I used the slant fin heat calculator I came up with 41k on the design day). Also, I know I need to put a real backflow preventer instead of the check valve (right now I have been closing the make up water valve after filling) and I still need to put a new condensate pump in (thats why I have it draining into a mop bucket). But is there any thing else I may have missed?

Thank you all for you help and I appreciate any advise you may have!