dcpalmer Member Posts: 6
March 2018 in Strictly Steam
I did a quick search and didn't see anything directly on point -- forgive me if I missed it. The few posts that seemed relevant were over my head! Bottom line: When the heat came on this AM, there was steam coming out of both ends of this vent (see pic), which has holes on both sides. It was like a humidifier in the bathroom. That's not supposed to happen is it? Should I just replace the piece? What's it called?

Relevant history: You can see that dirty water has also spilled out of this. I had a neighbor putting water in the boiler while I was on vacation. He put too much (because the water guage wasn't working proporlty). Perhaps that has gunked up the works.

Any advice much appreciated. In case you can't tell, I'm no pro! Just a homeowner. 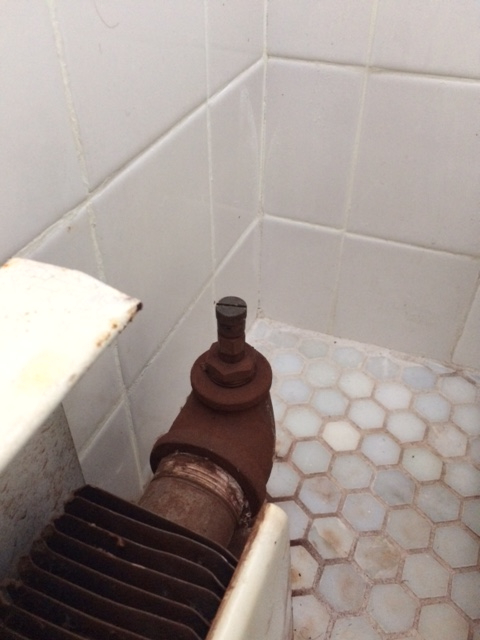