2 Stickers on Boiler - What Do They Mean

GregBl Member Posts: 16
January 2018 in Oil Heating
Hello,
I have Peerless boiler WB-3; however, there are 2 stickers attached with different boiler numbers, but the same serial number (see attached image). We're the 2nd owners so we weren't here when these stickers were changed. The 1st owners added two large additions (increasing sqft by ~1200). So, my speculation as to what these stickers are indicating is that only the burner firing rate was increased from .85 gph to 1.1 gph after the additions were finished. There were were no physical changes to the boiler and the boiler number changed only to account for the increased firing rate. Am I correct or am I missing something? Thanks! 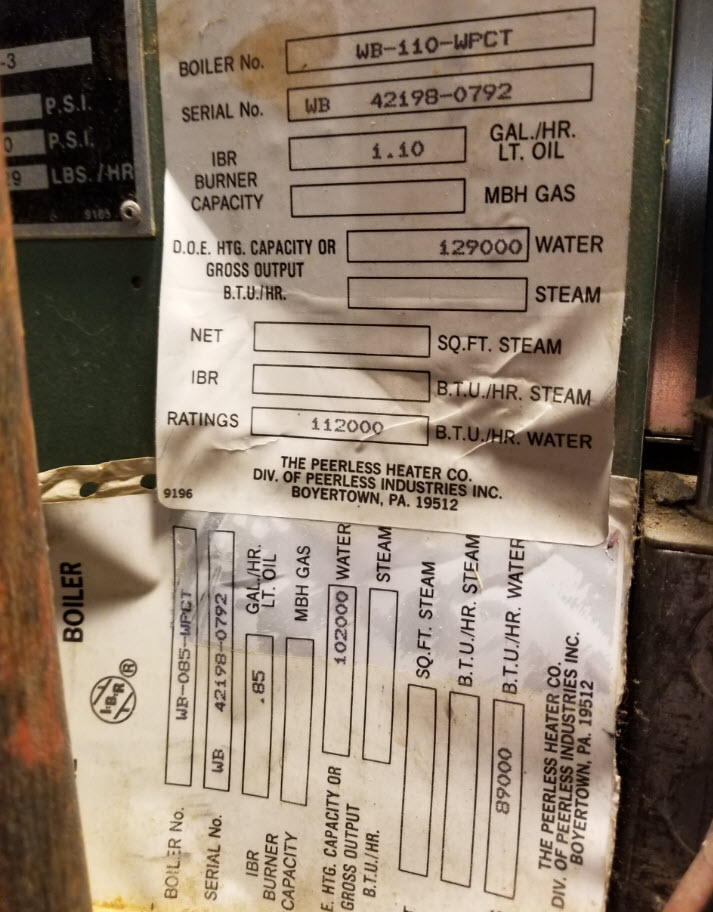