I live in an old house with old radiators. The boiler is gas and the system seems to based on hot water running to and from the radiators. One of the radiators in my living room has a leak (I looked at where the leak is coming from and it is rusted). The radiator is about 40" wide and 4" deep. I know nothing about radiators. From looking on the internet I believe that this is a cast iron, convector radiator (it is recessed in the wall). I'm attaching a picture -- am I correct that it is called a convector radiator? I have been calling around salvage places and it seems that this type of radiator is relatively uncommon. Everyone seems to be into those traditional, pretty radiators so that is what the salvage shops seem to keep in stock. I am not wedded to buying the same in kind of radiator; I just want something that will fit in that space. I have about 44" wide, 19" high, 5.5" depth to work with. Do the traditional radiators even come in dimensions like that? I know that I can buy new cast iron radiators, but it seems that they are very expensive. Any suggestions will be deeply appreciated. 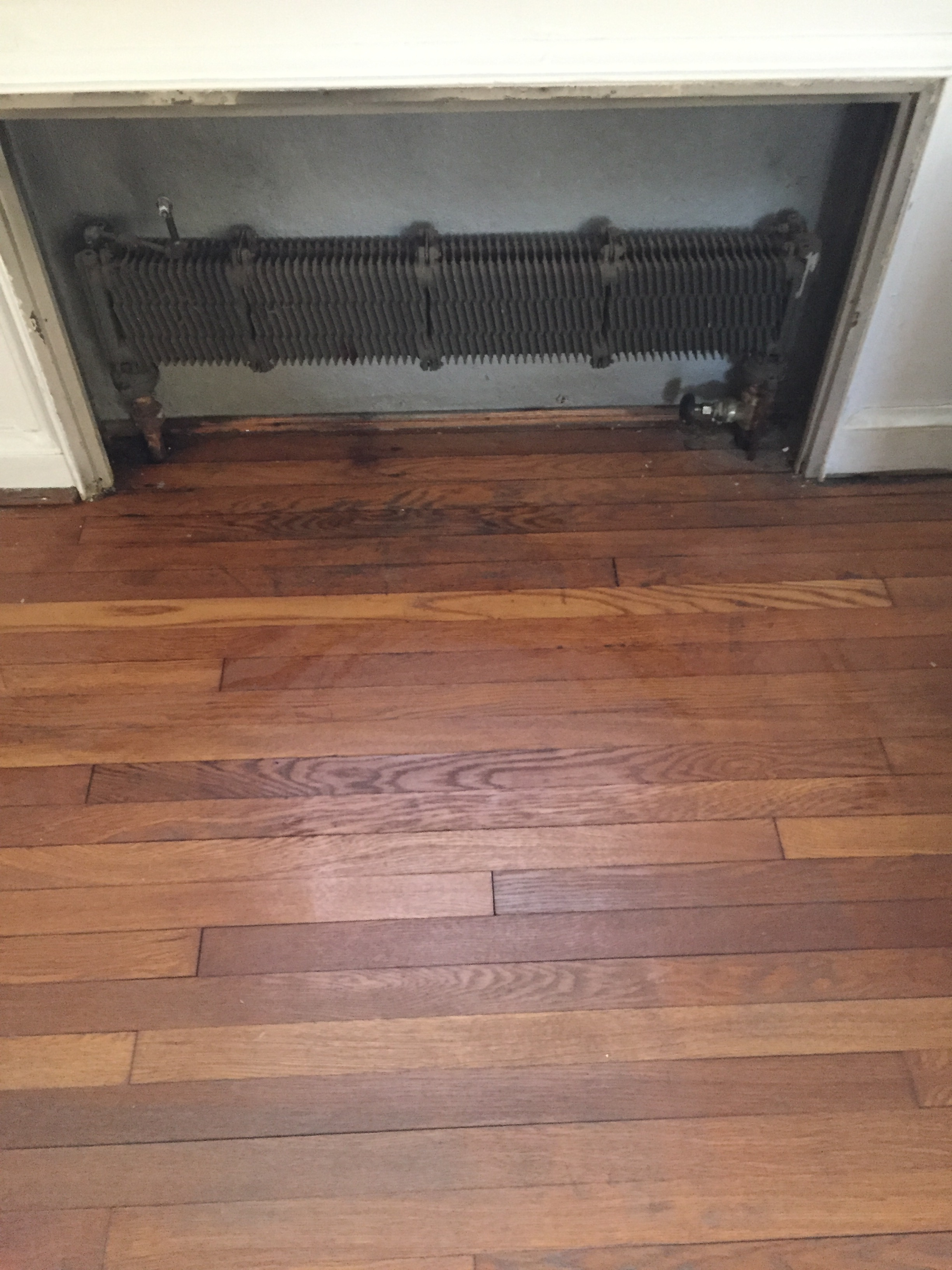