Steamhead Member Posts: 15,349
January 2018 edited January 2018 in Oil Heating
We installed this Solaia eleven years ago. The house has gone through several owners since then, who did not use us for maintenance. The current owner was tired of the high fuel oil bills, so she got in touch and asked about switching to gas. The switch is easy on these boilers since Boyertown Furnace offers a Carlin EZ-Gas already configured for them.

Last week the boiler went down, so I responded and diagnosed a bad nozzle which had not been changed in quite a while. On inspection, I saw that whoever "serviced" the boiler last had used the wrong nozzle. This boiler, with the Beckett AFG, uses a 0.60x70B nozzle at 160 PSI for a firing rate of 0.75 GPH.

Someone had used a 0.75x70B nozzle, still at 160 PSI, which resulted in a firing rate of about 0.95 GPH- a significant over-firing. I put the right one in and fired it up.

The conversion was scheduled for this week, and this is what we found when we opened it up: 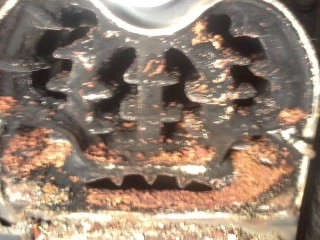 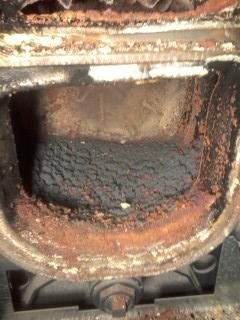 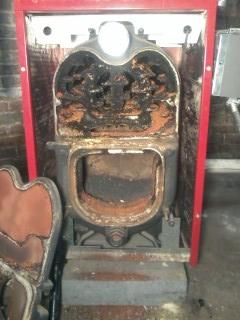 Pathetic. I won't mention the name of the oil company, but it's one of the ones now owned by Star Gas Partners.
All Steamed Up, Inc.
Towson, MD, USA
Steam, Vapor & Hot-Water Heating Specialists
Oil & Gas Burner Service
Consulting
0