cubicacres Member Posts: 329
January 2018 in Domestic Hot Water
I adjusted the 2nd (right troll in attatched pic, avatar pic is our boiler) pressuretroll top screw before looking at what the setting was at historically, and am now wondering what the best setting should be for each for our single-pipe steam boiler. We can also make adjustments per the prior reccomendations, but haven't gotten to that yet due to water heater replacements being a priority recently. The left one looks like about 1psi cut in with a 1 psi differential on the wheel inside, and the right one is at about 2 psi cut in with the same 1 psi differential. Any thoughts on adjusting them further? 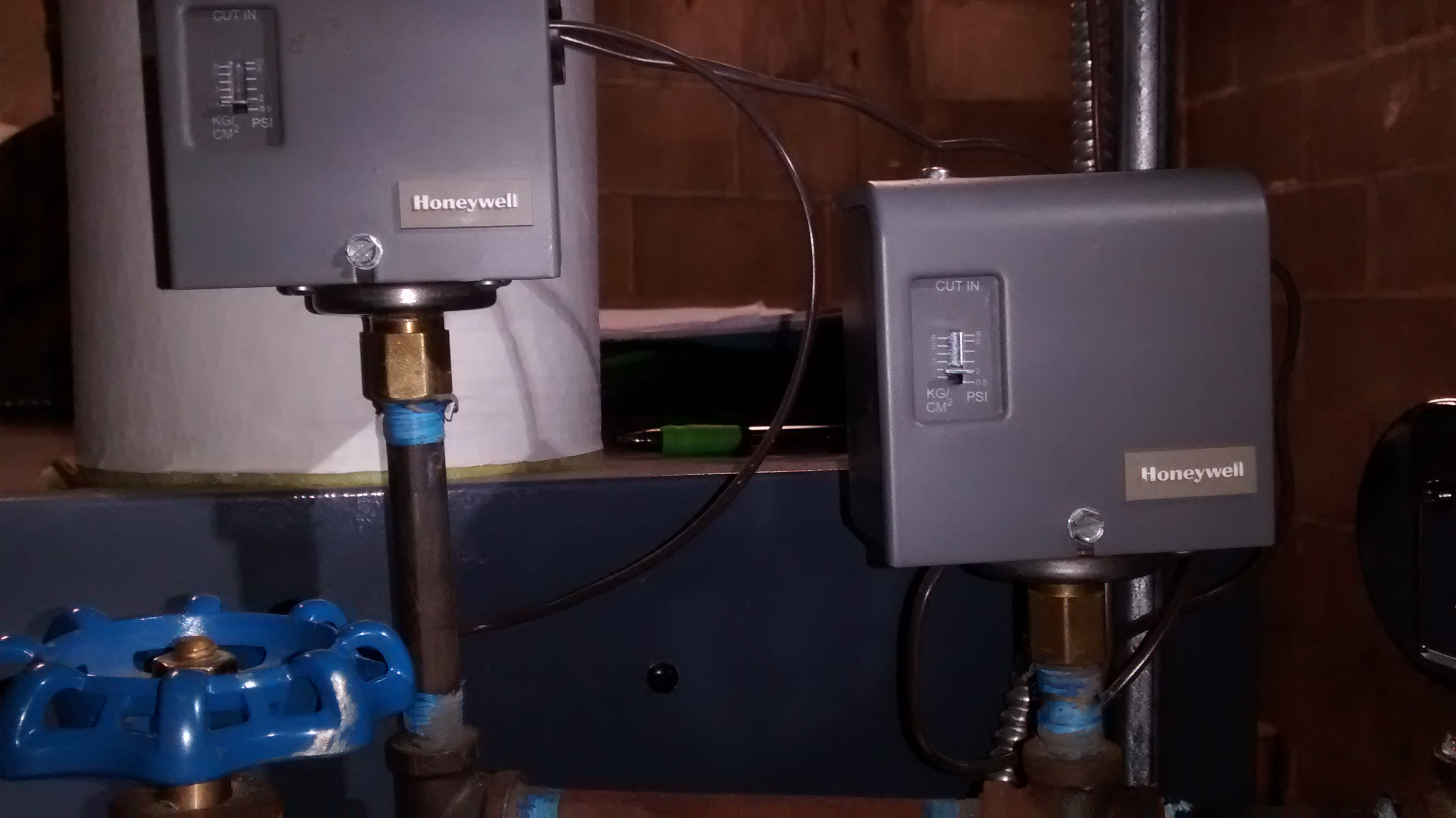