Michael60622 Member Posts: 9
December 2017 in Thermostats and Controls
I have an old valve on my gas hot water boiler expansion tank. Is it supposed to be 'sealed' at the bottom and water flowing down but stopped by the end cap OR is it ok there's no end cap and the valve turned off? I thought it was supposed to be off but the expansion tank is not hot at the bottom at all. The pipe leading up to the tank isn't hot all the way up to the expansion tank either. Also I noticed the valve bottom seems to have had sealer on it for a steel end cap. So I was thinking maybe it's supposed to have a cap and the valve on so water/air can flow in tank. Or maybe this a type of valve closed or open it lets water/air flow thru it from the top and side but only closes/opens the bottom part.

I'm having minor psi problems and I think there's air in the system. After 5 different heater men I am trying to figure this out for myself.

So my main question is does anyone know what kind of valve this is? And is it supposed to be 'on' or 'off' 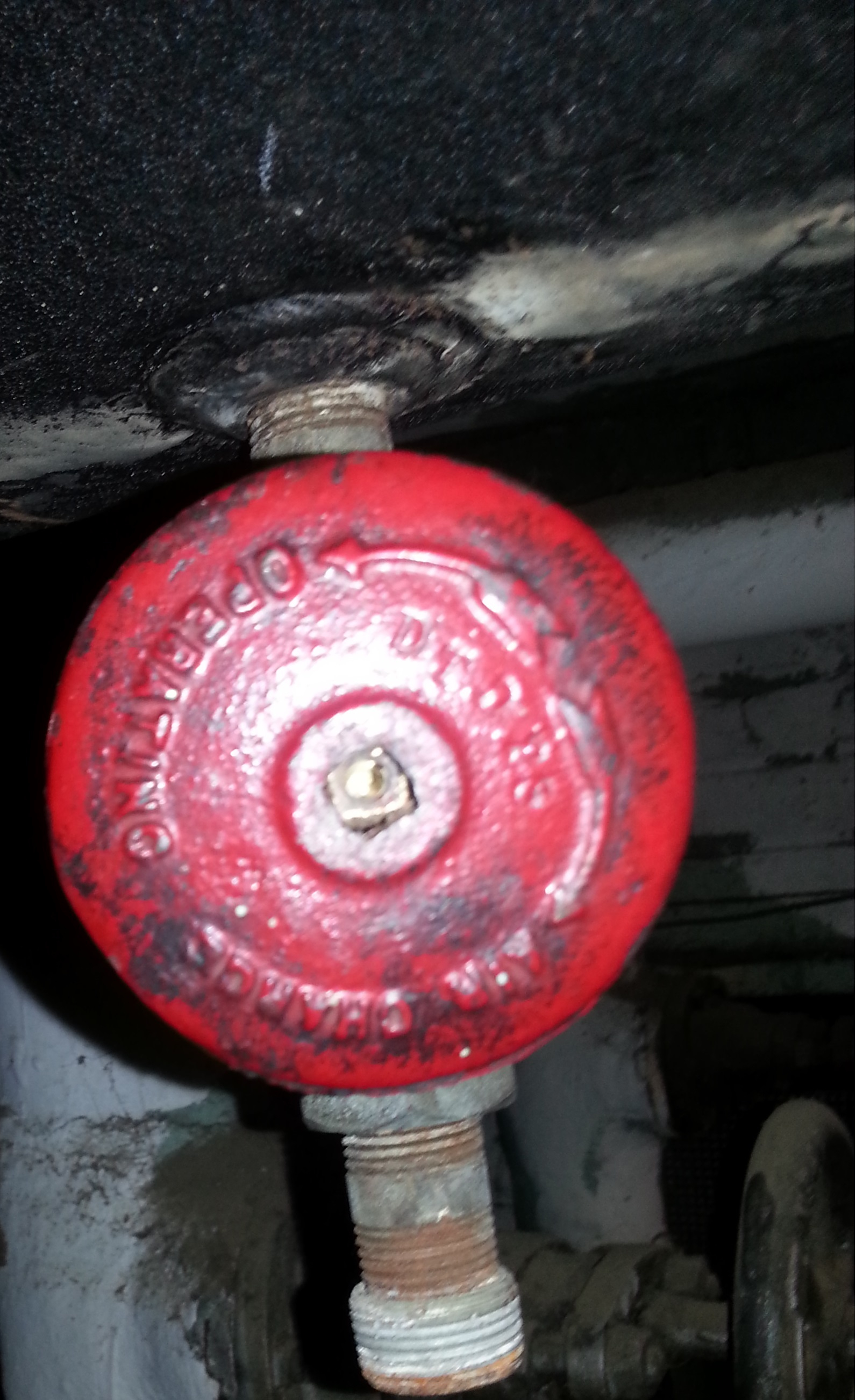