Questions about my boiler piping

Roylee Member Posts: 7
February 2017 in THE MAIN WALL
Hello, I live in a 2100 sq ft rancher with an oil fired Crown TWZ 090 boiler. The home is divided into three zones using Taco zone valves. The entire system uses monoflo tees and 10" high baseray cast iron radiators. Zone one has 40' of radiation, zone two 62' and zone three 20'. My question is - I've been here a few years and the heat seems to work well, but if the system has been off for a while, I will get a lot of rushing water/air noise on the first call for heat, regardless of which zone is calling. When the water is hot, it's pretty quiet. Looking at how my system has been piped, I saw there is a system bypass with a ball valve (i read you should never throttle flow with a ball valve) which was part way open. When I close it, there is much less noise, but still some. That led to cold water coming back to the boiler, although it does have an aquastat relay that shuts the circulator of at 140 degrees. I've bled the system and no air comes out - all the radiators get hot. I'm posting pictures of my system and if anyone has suggestions on whether I should leave it be, or if I could make it better by relocating components, changing the bypass, etc, I'm all ears. Thank you in advance for your help 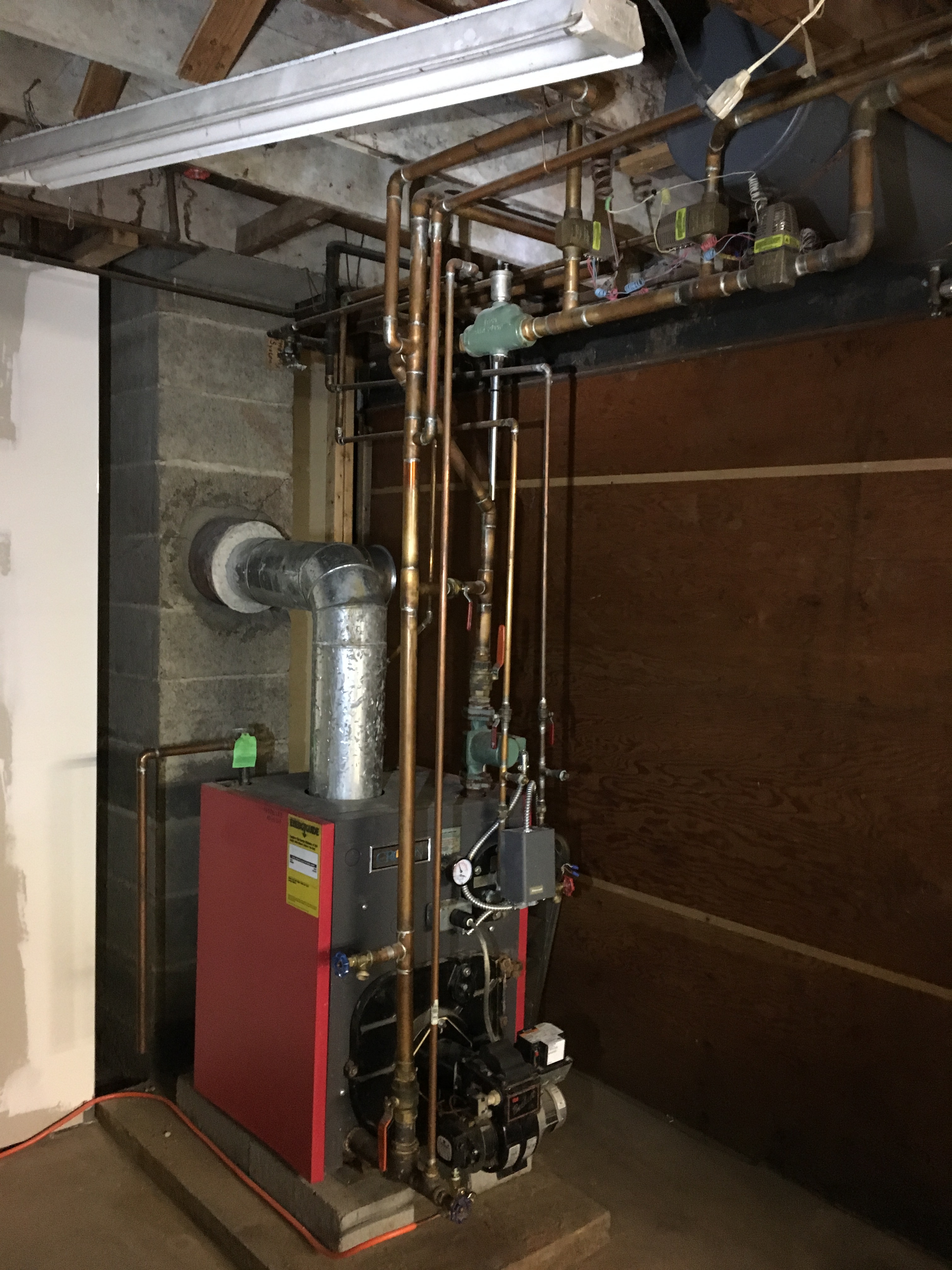 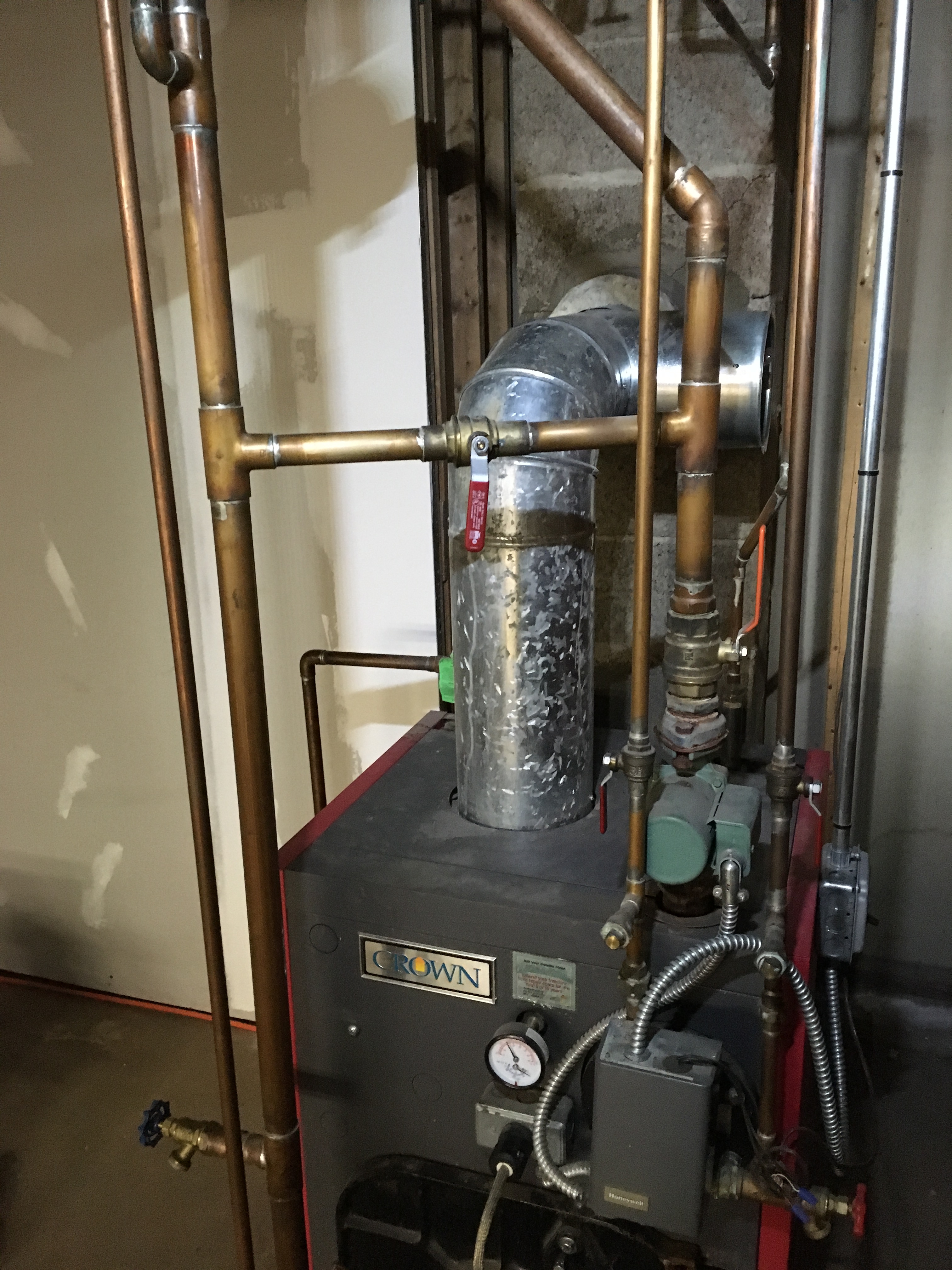 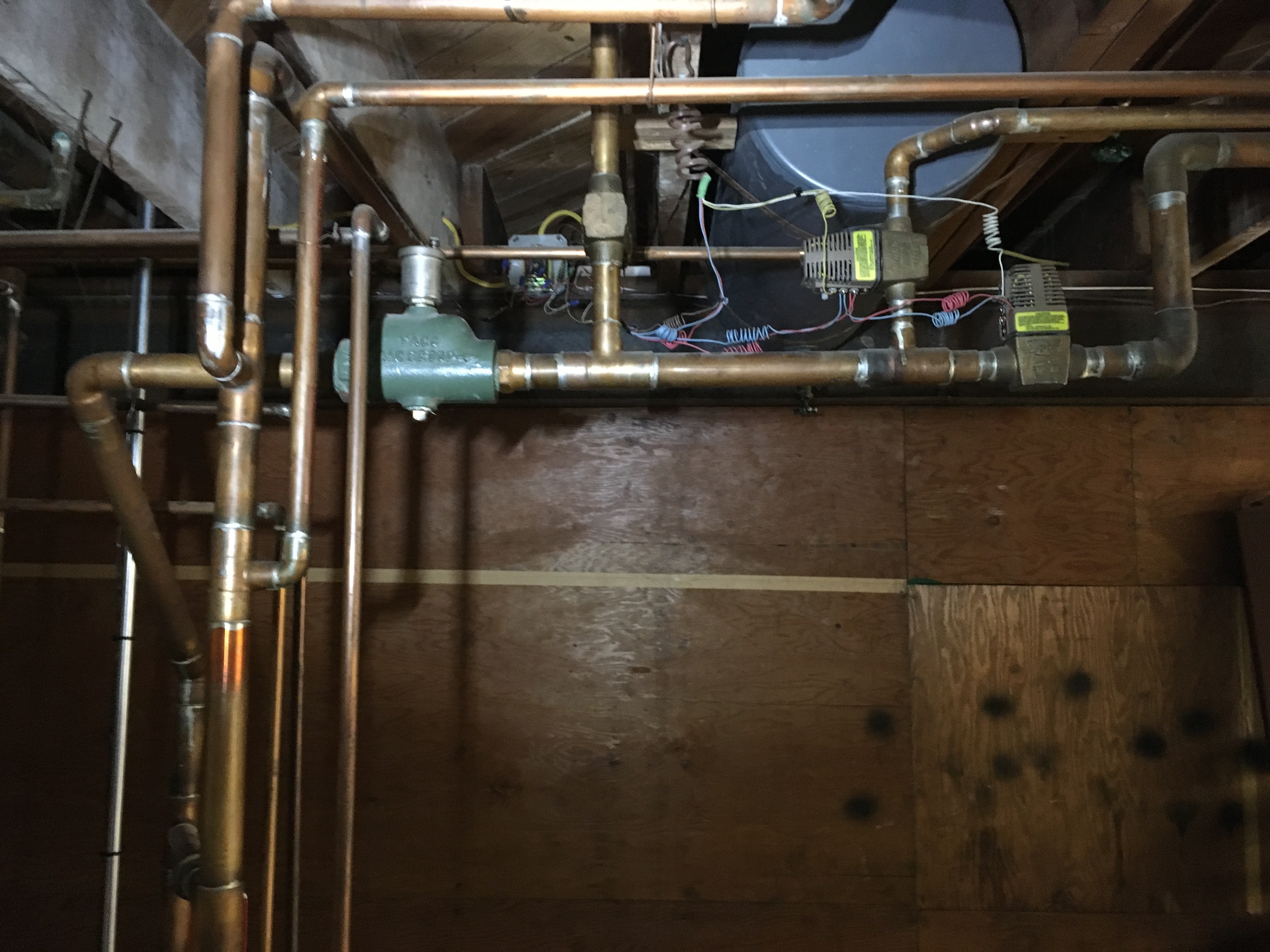 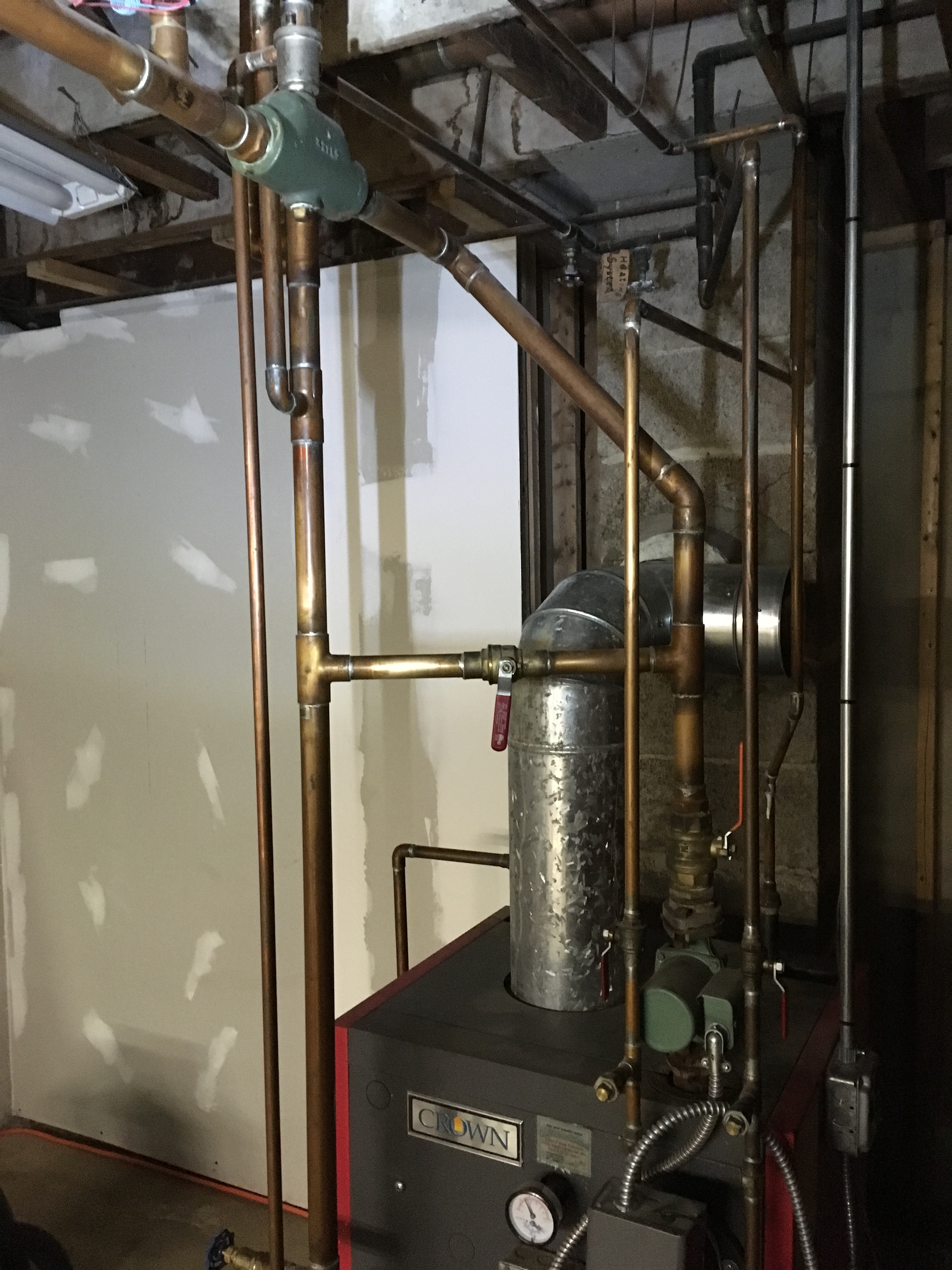