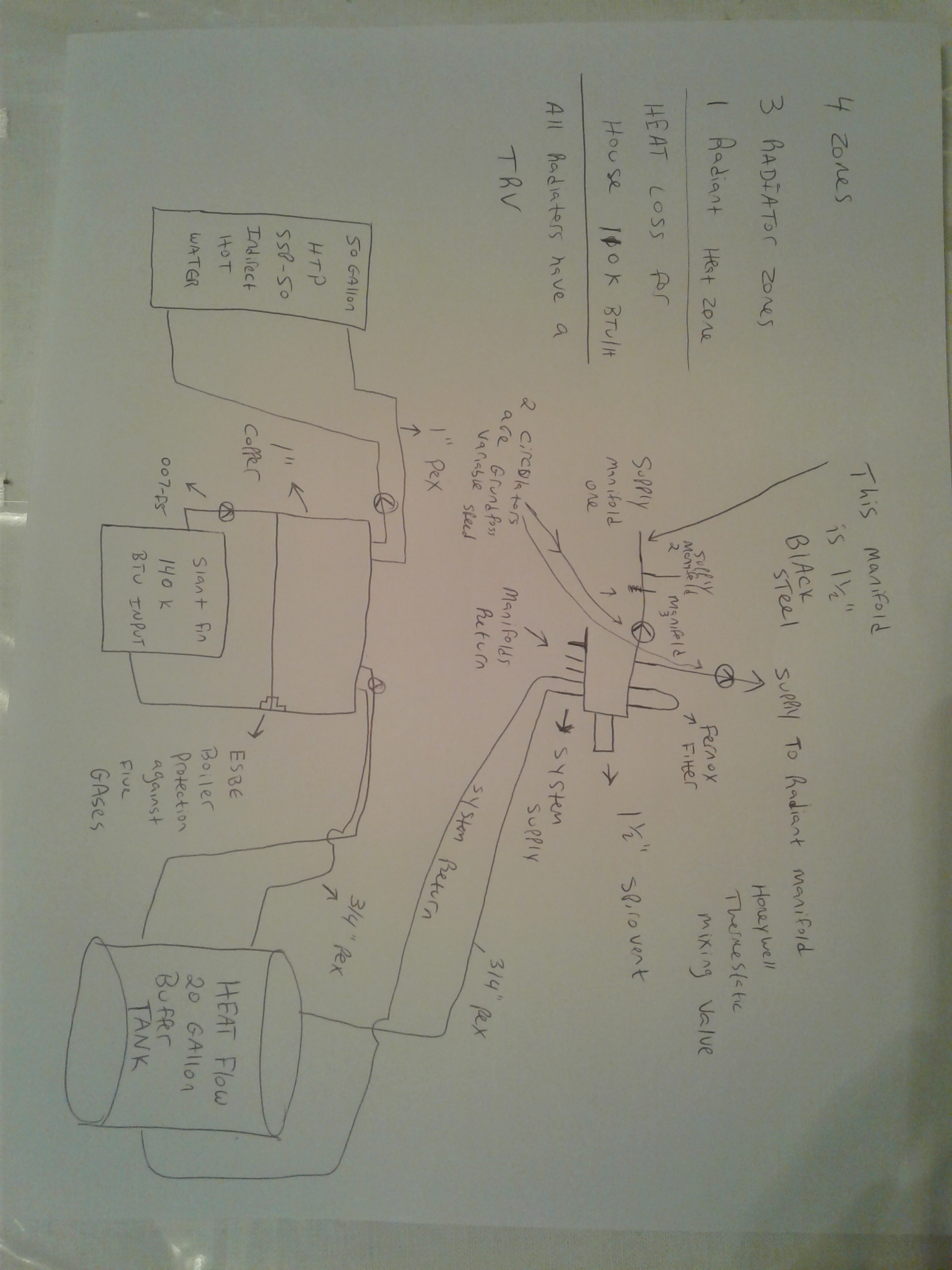 I worked for a company for a few years that are in middle of building a heating system. Can I get some feedback on this system. I wanted to get some thoughts on this setup. I attached pictures.

in the drawing the ports to the two tanks are not accurate i just put supplies and returns anywhere.